Boulder’s sugar-sweetened beverage tax: What you need to know 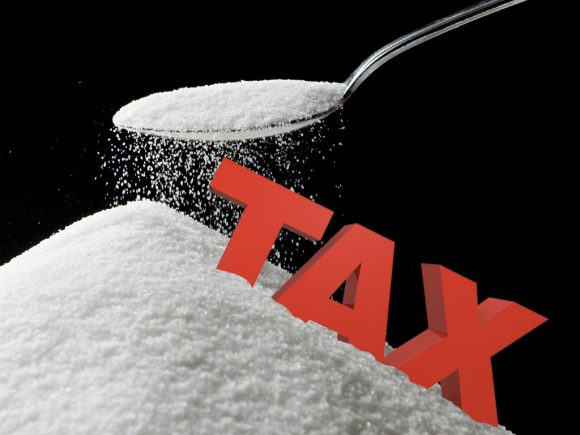 Issue 2D on this year’s ballot for Boulder midterms asks voters whether or not the city should maintain the current Sugar-Sweetened Beverage (SSB) Tax. Though it may sound dull, the tax has paved the way for heated discussion.

When it was first introduced in the 2016 election, 54.7 percent of voters approved the tax. The bill places an excise tax of 2 cents per fluid ounce on applicable beverages, but this tax is not directly billed to consumers. Instead, it is billed to the distributors of the beverages themselves.

Distributors are given the option to pass this tax onto retailers, who are then able to pass it onto consumers .

According to the bill, a distributor is defined as “any person who distributes sugar-sweetened beverage products in the city.”

The city of Boulder’s official website states that “[the SSB tax] revenue will be spent on health promotion, general wellness programs and chronic disease prevention that improve health equity, and other health programs especially for residents with low income and those most affected by chronic disease linked to sugary drink consumption.”

The tax sparked significant reactions over the past 2 years from proponents and opponents alike. In fact, the campaign surrounding the tax is the most expensive in Boulder’s history.

While it may seem like a relatively inconsequential tax, the SSB Tax is an attempt to fight serious health issues that permeate throughout the U.S.

The bill states that consuming one sugar-sweetened beverage per day increases chances of childhood obesity by 55 percent, the development of type two diabetes by 25 percent and the likelihood of death from cardiovascular disease by 30 percent.

There is also evidence that the risk of compromised health is especially dire for lower-income communities and people of color.

According to the grassroots campaign Healthy Boulder Kids, the passing of the bill will allow the tax to continue to “encourage our community to make healthier choices, especially among low-income families and youth populations.”

Revenue from the tax will also be used in part to fund multiple organizations dedicated to providing health education and health care to low-income and Latinx families.

Opponents of the tax primarily criticize the technical issues with the bill — not the goal behind it.

Mara Soutiere, co-proprietor of Tahona Tequila Bistro, found it difficult to disapprove “what the philosophy behind [the tax] represents.”

“What I am against is that the sugar tax ends up being an expense my business has to incur, as I can’t make up the added cost by passing it onto my customer,” Soutiere said.

Many have expressed concerns that the tax does not fulfill its primary intended purpose — decreasing purchases of sugary drinks.

“I can’t imagine that this sugar tax is truly having much of an impact on those that want the sweetened beverages,” Soutiere said. “In general, it does not seem as though it was a well-thought-out tax.”

While local Boulder restaurant The Sink indicated no official stance regarding the tax, partner Mark Heinritz stated that “the amount of servings has not been affected and the net result has been an increased cost to the consumer.”

“It’s not up to us, but the voters to decide on the issue,” Heinritz said.

Proposition 112 fails to pass, considered a success to...