CU law professor affirms that ‘everyone has an immigration history’ 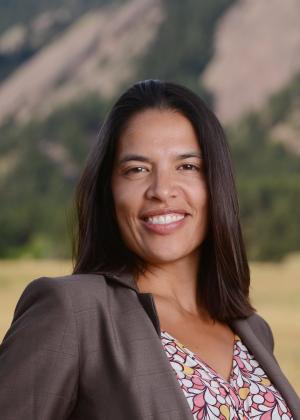 At her “Immigration in America” lecture at the Museum of Boulder on Wednesday night, CU’s Clinical Professor of Law Violeta Chapin made migration issues relatable to every audience member with a brief lesson on migration history.

Professor Chapin referred to data collected from the 19th century onwards which reveal the ethnic groups that immigrated to the U.S. during each decade. She used this to encourage the idea that everyone, even those whose heritage outside of the U.S. traces back generations, has an immigration history. These histories, she said, should be taken into account as we grapple with how to “solve” the problem of migration.

“What kind of people do we want to be to people who are coming from countries that are fleeing for the same reasons that our own ancestors did: to try to make a better life for their families?” Chapin said.

Chapin explained that DACA recipients face challenges to pursuing higher education because of variances in state laws which restrict eligibility for federal or state financial aid. Many DACA recipients are forced to work alongside school because of this, which reinforces the need to maintain their work permits, let alone be spared from deportation. As of the program’s rescission in Sept. 2017, USCIS is only accepting renewal applications.

Temporary Protected Status, on the other hand, was created as a form of humanitarian relief for people from countries devastated by natural disasters or civil conflict. The Trump administration has ended TPS status for residents of six of the original 10 countries under the rationale that the events which originally prompted TPS recognition have now recovered. This perspective, Chapin explained, ignores the intervening events which continue to create unsuitable living conditions, such as the deadly gang presence in El Salvador.

In regards to sanctuary cities, Chapin discussed how alliances with women’s shelters and local law enforcement — who believe that communities are less safe if immigrants fear being turned in if they call the police — help make sanctuary a reality. The Department of Homeland Security has stated it will not perform enforcement actions in schools, hospitals and churches, leaving those seeking refuge to be spared from deportation in these places alone.

With each of the three issues, Chapin described and shared anecdotes of CU students under DACA, CU employees under TPS and of a woman in sanctuary since Dec. 2016, currently at the Unitarian Universalist Church of Boulder.

“Even if they didn’t look just like my mama, even if I had more of an attenuated immigration history, I would hope that I would be able to reach back and remember that this country … has always been built on the idea that we welcome people who need refuge,” Chapin said.

The talk ended with a reading of the poem inscribed at the base of the Statue of Liberty: “Give me your tired, your poor/ Your huddled masses yearning to breathe free.”

Professor Chapin directs an immigration clinic with her students to help members of the community maintain their immigration statuses. Recent CU law graduate and former student Travis Weiner praised Chapin for her fearlessness in her approach to the topic.

“This is a human rights issue,” Weiner said. “The way that she presents [the issue] with no fear and no concern for, in some instances, what the other side thinks — which is a lot of times based on racism and ignorance — is something I respect.”

Similar sentiments were shared by one of Professor Chapin’s current students, Valerie Young, who found the talk passionate and inspiring.

“As a law student, I’m concerned about the immigration laws of our nation and their disregard for human life, for families, and for children. It is disgraceful,” said Young, a second-year law student at CU. Young hopes to practice criminal law, specifically indigent criminal defense.