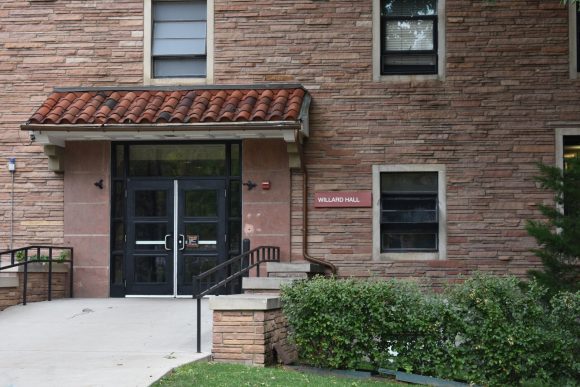 University of Colorado Boulder freshman Corey Hausman died Sept. 12 after falling off of his skateboard Sept. 11 and hitting his head while riding to a friend’s house. He was 18 years old.

“It is unbelievable to think that Corey’s story on earth ended so abruptly,” his family wrote in an obituary for the Connecticut news outlet Westport Now.

“He was the happiest person on earth, and he was able to bring his joy to others,” his family wrote. “Corey would want us to honor him by following in his footsteps — find personal happiness every day, and bring joy to the world by simply making others smile and laugh.”

Hausman, who was originally from Westport, Conn., was a resident of Willard Hall on the CU campus. Hall Director Lisa Bowker sent an email to residents Thursday informing them of Hausman’s passing.

“[Corey] was a vibrant member of our community and will be greatly missed,” Bowker said.

She urged those in need of emotional support to meet with her or to send her an email. She also pointed students to CU’s Counseling and Psychiatric Services and Office of Victim Assistance, two confidential resources to help process the tragedy. All students, regardless of their insurance status, receive six free sessions with CAPS per August-to-August academic year.

“Keeping Corey Hausman and his family in my thoughts and prayers today,” Blake said. “He is not someone that had a public profile, but he had friends and family who loved him.” Blake’s relationship with Hausman is unknown.

“Anytime we lose a member of the Buffs family, our hearts are heavy and we are saddened by the loss,” Huff said. “We extend our deepest condolences to Corey’s family and friends. We have offered counseling and other support to Corey’s classmates and any other students, faculty and staff who are grieving his passing.”

A website, coreyhausman.com, has been made in honor of Hausman by family friend Anthony LoFrisco, Jr. Notes posted from friends to Hausman’s parents offer condolences and memories of their times with him.

The family is holding memorial services Sept. 29 in Connecticut. In lieu of flowers, they are asking that contributions be made in Housman’s name to an environmental charity. The obituary notes he was an active fan of the outdoors and loved to ski.