Red, Right and Blue: Rebuilding the American dream one school at a time with Cary Kennedy’s plan 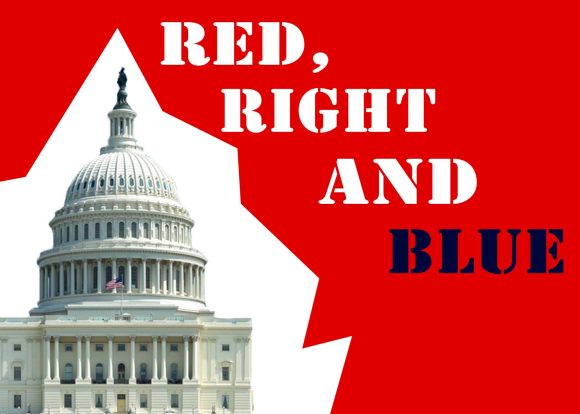 We talk a lot about political apathy but much less so about social apathy. And social apathy is an uncomfortable conversation for Americans to have.

Paraphrasing the Declaration of Independence: Those who have the ability to take action have the responsibility to take action. Dr. King once said that “injustice anywhere is a threat to justice everywhere.” And in his 2004 speech before the Democratic National Convention, Senator Barack Obama said that it is that “fundamental belief — I am my brother’s keeper, I am my sister’s keeper — that makes this country work.”

America is the antithesis of apathy. Our resolve wasn’t broken by the sunken carcass of the U.S.S. Arizona in 1941 and our values weren’t changed by four commercial jetliners in 2001. We are the country that takes in the world’s tired, huddled masses; we are the country whose highest office is available to its poorest child.

Apathy is a foreign concept masked in an English word. Or at least it used to be…

In a single generation, America slashed its support for public education. Sure, funding went up, but classroom dollars went down as schools were expected to provide more services.

Schools sat dilapidated and students under-served. Some schools became better-known for their shooters’ atrocities than for their students’ accomplishments. And, like these schools, the American Dream crumbled. America grew, maybe for the first time, incredibly apathetic.

As one New York Times editorial put it, “despite all our competitive parenting and mommy machismo and trophy kids, we don’t really give a damn about our children — by which I mean, about one another’s.”

Somehow, in our drive to get ahead, we started to leave a whole lot of people behind.

Whatever problems this country is facing, they all become sort of secondary in light of the fact that we are leaving our children behind. Even if a nation can spend $700 billion on its national defense, it is still only as strong as its weakest link.

But if rebuilding the American Dream starts anywhere, surely it is with our schools. Some people have been paying attention, and one of them is running for Governor.

In 2008, Cary Kennedy crafted the Building Excellent Schools Today (BEST) program that funded the renovation of nearly 400 crumbling schools across Colorado. The BEST program continues to fund the construction of schools, ensuring that poor areas are not strapped with poor facilities indefinitely.

We spend a lot of time talking about improving diversity at CU Boulder — either in private conversations, CWA panels, the articles published by this online publication or in an endless supply of pedagogical workshops.

But our conversations are rather shallow, absent any real commitment to diversity. And that commitment starts with support for K-12 public education. Rural Colorado in particular — hit hardest by the state’s budget cuts — is incredibly diverse.

Many of these children are future CU students — future students who need to start day one of their college education already possessing the skills they’ll need to succeed. More importantly, they are Americans for whom the American Dream needs to be more than just a pipe dream.

The BEST program is one big step toward providing equal opportunity for all Coloradans. Maybe if this state continued to rebuild the schools it let fall to the ground, and maybe if this school started reaching out to all the Coloradans it is leaving behind, we’d start to see the diversity we criticize CU Boulder for lacking.

When America is awake, it can do great things. And America will do great things again. But not if we don’t re-commit ourselves to that enduring creed: “I am my brother’s keeper, I am my sister’s keeper.”