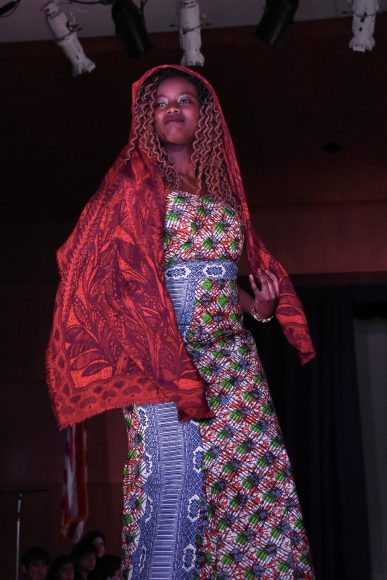 Hijab models represented numerous countries, including but not limited to Afghanistan, Egypt, Morocco, Pakistan and the United States. DSCC and MESA co-collaborated to make the event possible. Both work to serve underrepresented student groups on campus by providing safe spaces for cultural expression and providing opportunities to enhance cultural awareness and acceptance.

MESA President Mercell Enayat stated that last year’s show was “misinterpreted,” as the audience thought that men also wore hijabs, which was “not true.” During her opening statements, Enayat addressed that the show was meant to “empower women to feel comfortable in their own skin” and to understand more about the cultural context of the hijab.

Throughout the fashion show, there were artistic demonstrations of Middle Eastern culture. Freshman Daniala Mohammadi read a poem in Farsi, an Arabic folk dance was performed by Khadijah , along with other music and images. 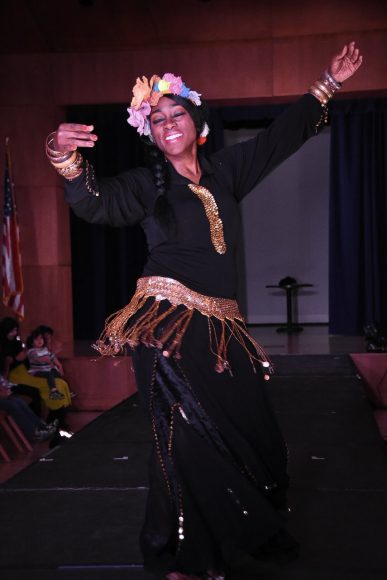 For Muslims, the hijab can have different cultural meaning and relevance in their relationship with God. Sophomore Sadaf Ghiasy talked about her perspective as a Muslim who does not wear a hijab.

“Hijab is not for me,” Ghiasy said when talking about how a hijab does not make you more or less of a Muslim. Ghiasy believes that her faith is in her heart and in her intentions.

CU Student Heraa Hashmi gave another perspective. Hashmi is Indian and moved to the United States when she was six months old. She hopes to educate people on the hijab, stating that it signifies “the freedom of choice,” which makes her feel liberated.

Hijab isn’t just based on the way you look, but also “the way [you] interact with kindness, with dignity, with patience,” Hashmi said.

To Vice President of MESA Ahmed Khashogji, it doesn’t matter if women are wearing a hijab or not.

“They are always beautiful and are representing the Middle Eastern culture and religion,” Khashogji said.

The Hijab Fashion show exemplified this concept and placed it in an educational setting for everyone to understand. Following the event, there was a Middle Eastern buffet, henna and a reception.