Immigration at CU: Where is home?

Chu May Paing isn’t sure she can call herself an American or a Burmese. Paing, a first-year graduate student at CU, has a visa that tells her she’s an “alien” on U.S. soil. Her own mother in Myanmar told her she is “no longer Burmese.” Paing came to the U.S. after winning a green card through the Diversity Immigrant Visa program — a program President Trump wants to terminate.

Often referred to as the diversity visa lottery, the program’s goal is to diversify the immigrant population of the U.S. by selecting people from countries with low immigration rates — such as Myanmar. The program caught Trump’s ire after a diversity visa recipient carried out a truck attack in New York City that killed eight people.

Paing received the diversity visa just out of high school. After a series of health exams and paperwork, she moved to New York City in 2012. She worked her way to a bachelor’s degree from Queen’s College where she fell in love with language. Through the study of linguistics, Paing hopes to explore the relationship between language and power, particularly in Southeast Asia and Myanmar.

While she’s not sure she will apply for American citizenship once her green card expires, she is torn between competing perspectives of her family and her sense of heritage rooted in her heart.

Watch the CUI’s documentary on life caught between two cultures. 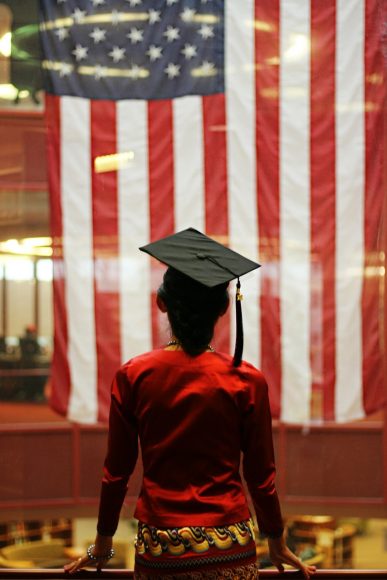