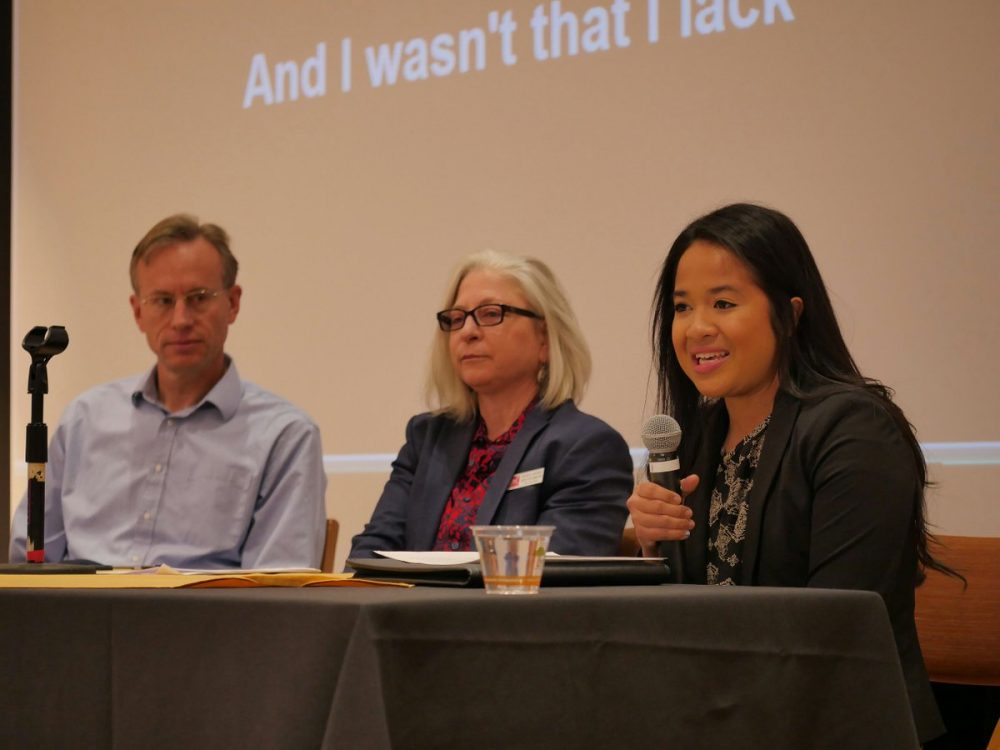 Student leaders advocated for greater administrative action in making CU more equitable in practice, not just in theory, at the Celebration of Diversity Banquet on Monday.

Black Student Alliance Officer Gwendalynn Roebke and Muslim Student Association President Heraa Hashmi both accepted awards and made speeches along with other students and faculty members. Their messages reflected on intersectional identities, how they shape leadership and requested more concrete steps to be taken by the university to become more equitable.

Nurul MohdReza, the CU student government director of diversity and inclusion, organized the event with the goal of celebrating the efforts of student group leaders over the past academic year.

“When we think of advocates … we always think that they’re outside of the system trying to work their way in or demolish the system,” MohdReza said. “It’s important to use the resources within our system to be able to network, to be able to communicate with important people.”

Some students who were highlighted for their efforts shifted the focus of the evening’s celebrations to those not in attendance, as well as to the importance of not solely praising the university’s diversity initiatives at a superficial level.

“I want to see money where their mouth is,” said Roebke. “I want [administration] to actively put money back into programs that were going to schools in Denver, going to these black and brown communities and recruiting there.”

Roebke emphasized the importance of remembering that student activism is not always glorified. Others doing necessary advocacy work, Roebke said, have been blacklisted, had scholarships revoked or faced other negative consequences due to their outspokenness. Roebke was awarded the Community Excellence Award.

Hashmi seconded the sentiment that much of the leadership that happens within activism circles goes unacknowledged. Hashmi was awarded the Inclusive Advocacy Award.

“Diversity is acknowledging the differences of the people in the room. Equity is actually accommodating them in a way that helps bring them up,” Hashmi said, seconding what Tamara Williams, Assistant Director for the Women’s Resource Center, mentioned earlier.

Several speakers noted that members from UMAS y MEXA were not present. The group was universally praised for their efforts in helping undocumented students.