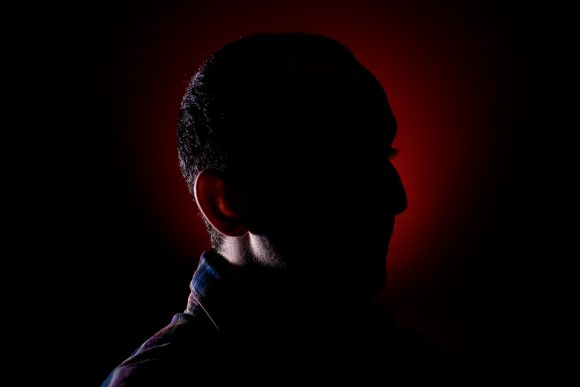 Editor’s note: the name of the DACA student interviewed in the article has been changed to protect his identity.

At four years old, Isaac’s family uprooted from Venezuela and moved to Miami, Florida.  Like many immigrants, Isaac’s parents believed that America was the land of opportunity and wanted a better life for him and his four siblings. They grew up in a community of immigrants in Miami known as North Cuba. There, his mother worked multiple jobs to support the family while emphasizing the importance of education. Isaac learned to speak English within a year of arriving in the U.S., and is now an aerospace engineering and physics double major at CU Boulder.

“I was born at the wrong place at the wrong time. That’s what [being a DACA student] means to me,” Isaac said. “I’m doing all the same things that everyone else is doing, except I can’t do certain things because I’m not documented.”

Deferred Action for Childhood Arrivals, better known as DACA, was implemented in 2012 by the Obama administration. It protects foreign-born individuals who immigrated unlawfully to the United States before the age of 16 and before June 15, 2007. DACA allows them to apply for a two-year protection from deportation and a work permit.

The program does not provide legal status, leaving recipients still undocumented. In most states, including Colorado, DACA recipients are eligible to receive driver’s licenses. Of the 800,000 DACA recipients, over 17,000 live in Colorado.

DACA was rescinded in September 2017 by the Trump administration, with an Oct. 5 deadline for DACA recipients to renew their permits for the last time. Today marks the deadline by which the program was expected to officially terminate.

Despite the various benefits it provides these individuals, there are complaints about DACA from many politicians. Opponents believe that DACA, which was implemented by executive order, was an overreach by the Obama administration’, and that the government needs stricter laws on immigration. Proponents of DACA argue that undocumented children, who were brought to the U.S. by their parents and many of whom do not remember their countries of origin, should not face deportation.

While a blessing to many undocumented young people, DACA still has restrictions. Isaac’s dream job would be to work in the government. But as an undocumented immigrant, he would not be able to because many governments jobs require employees to be citizens. Luckily, other tech companies such as Tesla, Microsoft and Google hire undocumented students like Isaac. Ending DACA could cost thousands of jobs and disrupt the lives of their employees.

As a young child, he became aware that he didn’t have some of the privileges his peers had. When he was young and eager to start driving, his mother explained that due to his undocumented status, he couldn’t get a driver’s license. He couldn’t vote either and had to live a pristine lifestyle to prevent getting arrested and deported. For Isaac, this meant focusing all of his attention on studying. This effort led to him earning a 4.0 GPA at his community college before transferring to CU.

“As you grow older, you start learning the dangers that come with [being undocumented],” Isaac said.

Undocumented individuals are taught to tread carefully when it comes to the law. Isaac explained that even a speeding ticket can raise red flags with law enforcement officials.

CU Boulder currently offers free legal services for DACA recipients through law professor Violeta Chapin’s immigration clinic. Undocumented students can get help with any paperwork they need or questions they have about DACA. Chapin’s clinic even paid for Isaac’s $495 DACA renewal fee through third-party funding.

However, there are aspects of CU’s approach towards undocumented students that could improve. Isaac said it only takes 20 minutes for DACA students at Colorado State University to receive a DACA renewal check whereas DACA students at CU wait 20 days. The delay could potentially affect a student’s status as a DACA recipient.

In Isaac’s eyes, one thing that the government and university administration can do to help DACA recipients is to look at each person as a unique case and stop categorizing undocumented immigrants as the “other.”

As a fair-skinned young man without a heavy accent, Isaac said he does not consider himself a poster child for DACA.  One common misconception about undocumented immigrants is that they all come from Mexico, but that is not the case. While a majority of DACA recipients are from Mexico, individuals from other countries like Guatemala, South Korea, India and Brazil also qualify.

I am the copy editor and news reporter and am passionate about social justice issues such as race relations and women's rights. I am majoring in journalism and media production and am planning on graduating in December of 2019.