Student submission: Hitting the slopes versus hitting the books 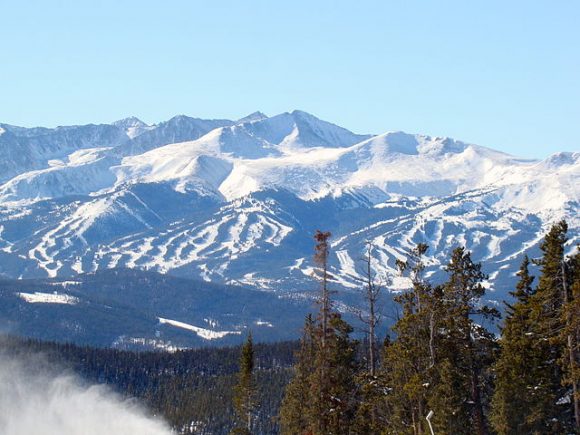 View of Breckenridge Ski Area from the west peak of Dercum Mountain, as the start of Ranger run just west of the Summit House. (Ahodges7/Wikipedia)

Winter is coming, and with it, the ski season.

University of Colorado Boulder students live in close proximity to the mountains. Now that cold weather has arrived, more and more students will be skiing. This easy access and a love for skiing can be both beneficial and harmful.

Some students will be skipping class or procrastinating on homework to ski, which can negatively affect their academic focus and performance. However, as long as students can keep up with their studies, one could argue that it is more beneficial than harmful.

Students ski for a variety of reasons. Some skiers enjoy the rush, the feeling of flying, being outside, hanging out with friends, the community or simply the fun. Every skier has a different reason to ski.

Sean Fearon, a CU Boulder junior and the president of the backcountry skiing club, said that he likes to ski because “it’s a really fun way to get outside and enjoy the mountains and it gives that adrenaline rush.”

“It was something that I could always get better at and create my own goals with,” said Condor O’Brien, a CU Boulder May 2017 graduate and former team officer and coach of the CU freeskiing team 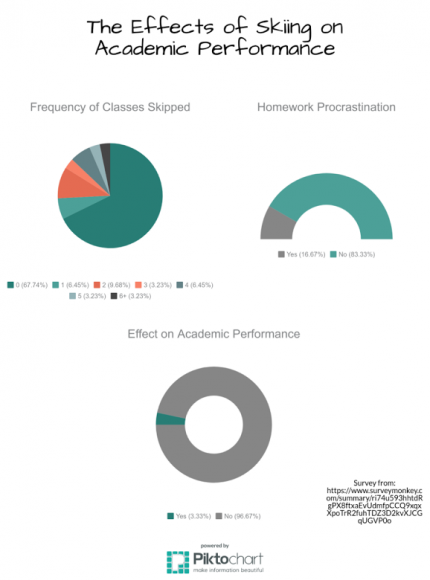 The Effect of Skiing on Academic Performance survey done by a CU student. (Sarah Lemon)

Dylan Smith, a CU Boulder May 2017 graduate and former team officer of the CU freeskiing team, said that while academics were important, “you’re also at college to have fun and have new experiences and live your life.”

She added that she only skipped class to ski when she felt she could maintain her grades.

When asked whether or not he skips class to ski, Jacob Payne, a junior at CU Boulder, said “all the time.” However, he said that he doesn’t allow skiing to harm his grades.

Many students who ski also develop better time management skills so that they can maintain their grades while frequently skiing. Fearon said that he has come up with a system where he gets all of his schoolwork done during the week so that he can ski on the weekends. He believes that many other students involved with skiing have developed systems similar to his.

Another reason skiing doesn’t negatively impact these students’ grades is because studies suggest that sports and physical activity lead to higher brain function. The article “The Link Between Sports and Academic Performance” says that the regions of the brain associated with cognitive functioning are larger in volume when students are physically active.