The European Union is at a crossroads, Europe scholar says 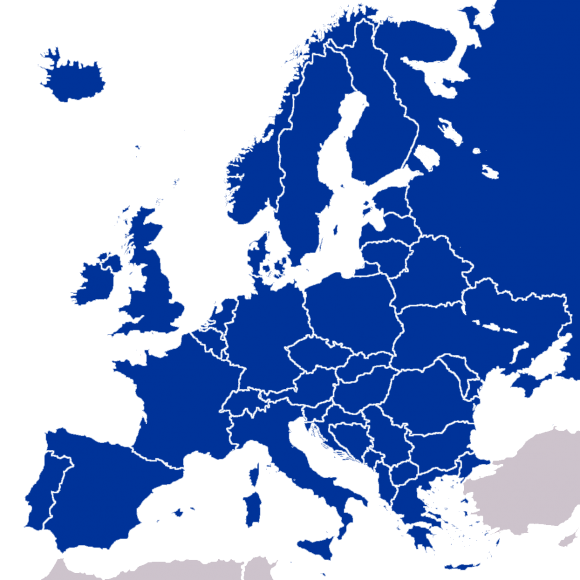 An increase in populist movements and a lack of commitment to democratic values threatens the future of the European Union, said James Kirchick.

Kirchick is a reporter and foreign correspondent who has worked for The New Republic and Radio Free Europe. He came to CU to promote his book published earlier this year, The End of Europe: Dictators, Demagogues, and the Coming Dark Age. The talk was sponsored by the Center for Western Civilization, Thought and Policy.

Kirchick’s book focuses on threats to the European Union and explores the union on a country-by-country basis. He points to Brexit, the increasing popularity of populist parties such as the French National Front and the German Alternative for Deutschland and the rise of illiberal democracy in Hungary and Poland as factors that threaten the EU’s stability.

“A specter is haunting Europe,” Kirchick said. This was a riff on the opening words of Marx’s The Communist Manifesto, “A specter of populist nationalism.”

Kirchick pointed to economic instability and the immigration crisis as being responsible for the rise of European populism. While populist and nationalist parties lost elections in Amsterdam, France and Germany this year, he said that they still had much more power than they did in the past and could become stronger in the future. He was critical of EU leaders’ policies on immigration, especially German chancellor Angela Merkel’s. Unless European countries do a better job of assimilating Muslims into their societies, discontent will continue to grow, he stated.

The European scholar also discussed Russia’s interference in American and European politics, saying that the country poses a threat to democracy in both places. He criticized former president Obama’s Russia policy, saying it was far too soft, and praised the sanctions bill President Trump passed early in his presidency. However, he said that the Trump administration’s harshness towards Russia was “in spite of Trump, not because of him,” and that Trump’s personal affinity towards Russia is very troubling.

In response to Trump’s policy of “America first,” Kirchick lobbied for more trans-Atlantic partnership as opposed to a decrease in foreign involvement. He called Europe “America’s most successful foreign policy experiment.”

A lengthy Q&A followed the talk, during which Kirchick answered audience questions about foreign policy and the U.S. political climate. The event was followed by a reception and book signing.