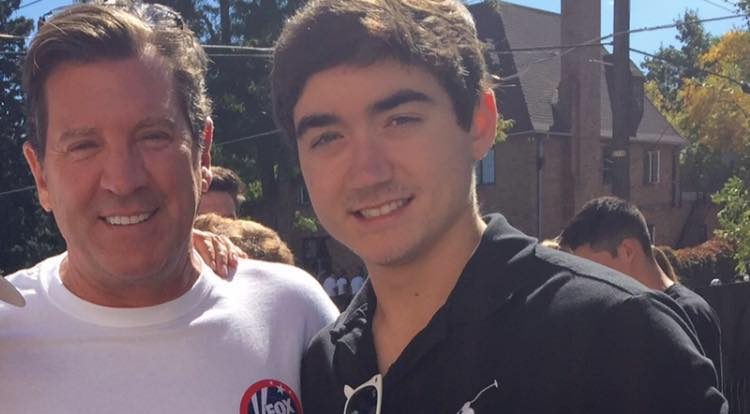 The death of Eric Chase Bolling, CU student and son of former Fox News host Eric Bolling, was caused by an accidental overdose last month, according to a report released by the Boulder County Coroner on Thursday. On the same day, President Trump declared the opioid epidemic a national public health emergency.

The coroner’s office revealed that Bolling’s official cause of death was from accidental “mixed drug intoxication.” People magazine reported that the post-mortem toxicology report found cocaine, fentanyl and cyclopropyl fentanyl, THC and trace amounts of the prescription drug alprazolam, the generic form of Xanax, in his system.

Overdoses from fentanyl, a synthetic opioid developed for intense pain relief has sparked the latest chapter in the opioid epidemic. According to the CDC, fentanyl is often mixed with heroin to increase its kick, and profit margins for dealers. The drug is 50-100 times more potent than morphine and has added 20,000 more deaths to an epidemic that kills more people under 50 than anything else in America.

Bolling’s toxicology report was released the same day President Trump declared the opioid epidemic as a national public health emergency. In his statement calling it the “worst drug crisis in American history.”

A national emergency allows the president greater power in enacting legislation and for money from the federal disaster relief fund to be used to address crises. A national public health emergency, allows for the mobilization and deployment of medical staff in underserved areas.

While this effort is funded through the Public Health Emergency Fund, the fund only has 57,000 dollars in it — far short of the amount needed to adequately battle the crisis. The fund is also provided through the Department of Health and Human Services, which currently has no director since Tom Price stepped down.

Richard G. Frank, a health economics professor at Harvard Medical School, estimates that 183 billion dollars is needed over the next decade for opioid treatment after the cuts to Medicaid. The administration made no request to Congress for additional emergency funding.

Despite this, the directive allows states some flexibility with federal money in how they treat addiction. It also allows patients further access to “telemedicine” so they can get prescriptions without actually seeing a doctor. The Department of Health and Human Services will also hire more employees, especially in rural areas, to address the crisis.

Eric Bolling’s father tweeted Friday morning, “Adrienne and I thank you for your continued prayers and support. We must fight against this national epidemic, too many innocent victims.”