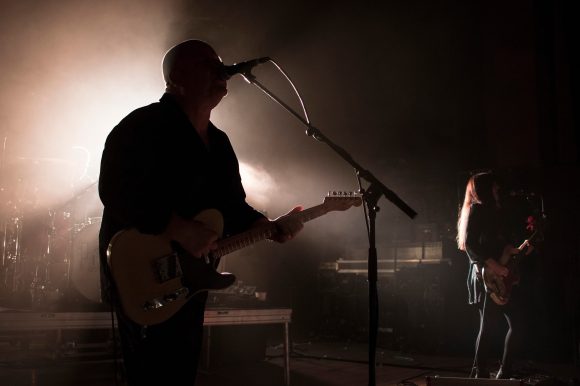 The Pixies played a sold out show at the Boulder Theater on Tuesday night. It was destination 53 on the band’s 2017 tour that has included stops all over the United States, Tel Aviv, Israel, and at Lollapalooza in Paris, France.

Leaving the venue after their set, which ran just short of an hour and 45 minutes, it would have made sense to see Doc Brown and his silver DeLorean hiding somewhere in the vicinity of the Spruce and 14th streets intersection.

Tuesday night felt like a possible plot of a fourth Back to the Future sequel: the energy and rhythm the Pixies played with was impressive enough to warrant a confirmation that the show was taking place in 2017 and not 1989.

That comes as no disrespect to the long-tenured alternative rockers. The truth of the matter is that most bands of a similar breed to the Pixies were like white dwarfs headed towards a black hole.

The Pixies existed from 1986-1993 before going on hiatus until 2004. Attendees to this year’s tour can probably agree that on-stage chemistry and the overall performance of the group is far from lacking.

A good sign, given that this Pixies tour does not feature founding bassist and backing vocalist Kim Deal, who left the band in 2013. Taking her place onstage was Paz Lenchantin, who joined the band permanently in 2016. She played with the likes of Queens of the Stone Age and former Hole bassist Melissa Auf der Mar.

Lenchantin’s presence onstage shouldn’t take fans long to get used to. She fills Deal’s shoes in a genuine manner that lacks awkwardness.

Before the Pixies took the stage, singer-songwriter Mitski played a 30-minute set. Mitski, who plays bass and sings with no backing vocalists, is a bit stiff at center stage.

But it compliments her music, which features a melancholy lyrical nature and delivery similar to Mazzy Star with guitar and bass parts that have both ska and punk overtones. Her set was well-received and, all in all, she was a good introduction to the Pixies.

The Pixies wasted no time after getting onstage. There was no hello, no introduction, just good music, beginning with “Gouge Away,” the final track on the band’s classic 1989 album, Doolittle.

Lead singer and rhythm guitarist Black Francis led the charge a few songs after the opener with “Bone Machine,” the first track on the 1988 release, Surfer Rosa, the Pixies first full-length album.

Francis used just his yellow-bodied Fender Telecaster for all things electric during the set. It had a worn and torn fretboard indicative of the finger oil that’s begun to rot the wood finish after years of intensive use.

The body of the guitar told a similar story to those with a more investigative eye. The multiple dinks and dents showed as Francis’ body moved and caught the reflection of the stage lights on his guitar, almost like campaign medals on a military veteran’s uniform.

The Pixies played a good blend of their more defining, classic songs and newer content.  A prime example of this showed in the performance of ‘Silver Snail,” a lesser-known song originally featured on the four-track 2014 EP entitled, EP3.

All songs from EP3 later were included in the Pixies’ fifth album, Indie City, which saw the band return with their first studio album since 1991’s Trompe le Monde. It was also the first studio release to not feature Deal on bass.

The Pixies did not shy away from content that lacked Deal; shortly thereafter the Pixies launched into “Magdalena 318”, also from Indie Cindy. Lenchantin provided solid backing vocals, which followed a theme during the night.

But the main attraction of the song was Joey Santiago’s slide guitar playing. Santiago, who rotated between his three Gibsons played the song with a meticulous softness.

Santiago’s guitar playing has always been a critical component of the Pixies’ recordings. Onstage not much is different. He displays an acute ability to really get different but uniquely complementary sounds out of his equipment.

Take “Where is My Mind,” for example. Arguably the band’s most well-known song, the seventh track off Surfer Rosa features a non scale-based riff played primarily on the high E and B strings; anyone who’s heard the song knows the bite that comes with Santiago’s parts.

But conversely, on “Monkey Gone to Heaven,” from Doolittle, Santiago plays melodious parts. The bending of the strings during the guitar solo build ups add a solid contrast to the lead.

Both songs were well-placed in the set, with the former coming roughly 40 minutes into the lineup and the latter being played further down the stretch.

The Pixies wrapped up their set and realized that it probably wasn’t worth it to head backstage only to reappear for an encore, so the band bowed, got back in position and played a few more songs for the sold-out audience.

It was nice to see Lenchantin take a sizeable role in the encore, as her lead vocals on “Into the White” were flawless. The song was previously unreleased until 2014’s Doolittle 25, an 25th anniversary expansion of the Pixies’ sophomore album.

Throughout the show, those with an affinity for people watching would have noticed the interesting juxtaposition of those who came to watch the Pixies.

There was the main pack of fans: men and women likely in their 40s and 50s that have stayed with the band since the glory days, but also large flashes of youth and a few older folks. It was nice to see a man pushing 70 banging his head in the middle of the set.

A lanky teenager standing in the front row at center stage was the first to leave his feet during the set and the last to walk away from the railing separating the stage from the crowd after the show.

He knew all the words to every song and although he may not have realized it, both Francis and Santiago made repeated eye contact with him during the set. I’d bet that sort of thing still means something special to those guys, who in isolated split seconds of realization, got to witness how their music is appreciated by new generations.

One final shout out has to go to the boy who looked no older than 10 or 11 at the show with his parents. He nearly cried after a few songs due to the loudness of the music, not surprising given that he was less than 10 feet away from Santiago’s stack of amplifiers.

But the young Pixies fan rallied. He returned to his original spot in the second row with makeshift earplugs made out of crumpled paper towels from the men’s restroom, determined to make it through the show.

And he did. When asked by his father after the show “So, what’d you think?” the shell shocked boy did not answer, but his facial expression painted a picture of what was on his mind.

Needless to say, that won’t be the last concert he goes to. His trial by fire had ended and with it, an internal flame dedicated to the spirit of music that the Pixies embody onstage and in essence had erupted inside him.

The Pixies had that effect on more of us than you know, kid. 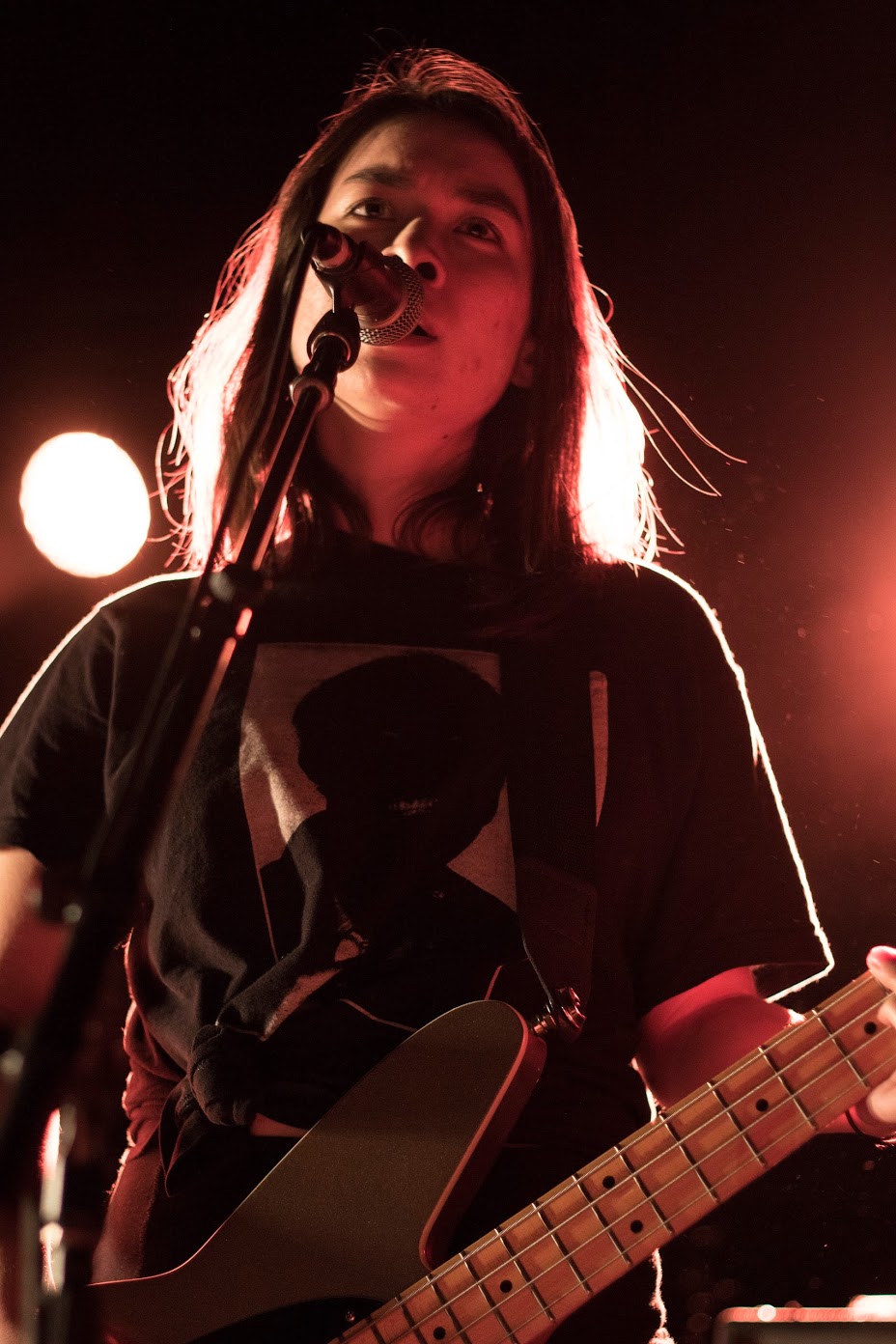 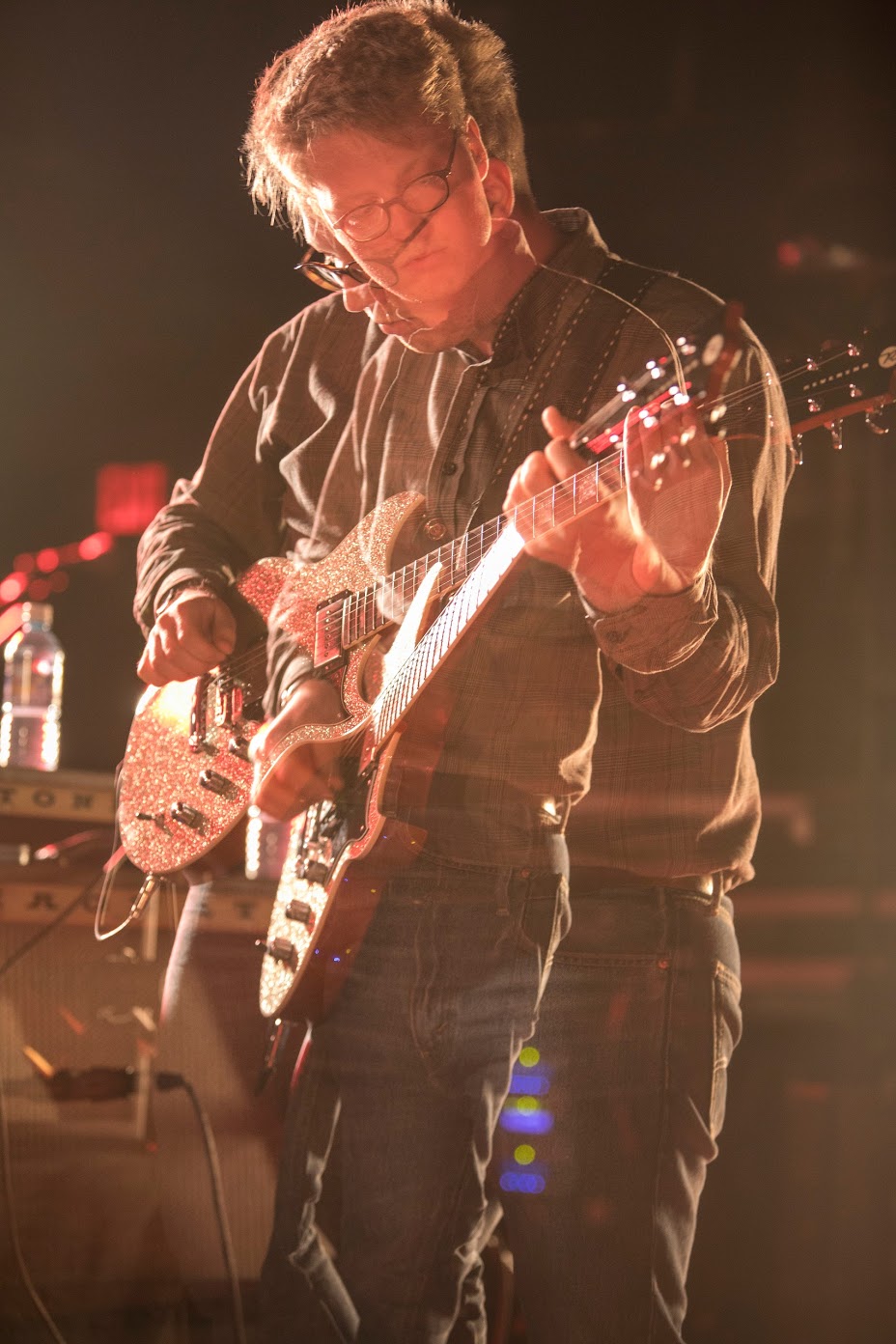 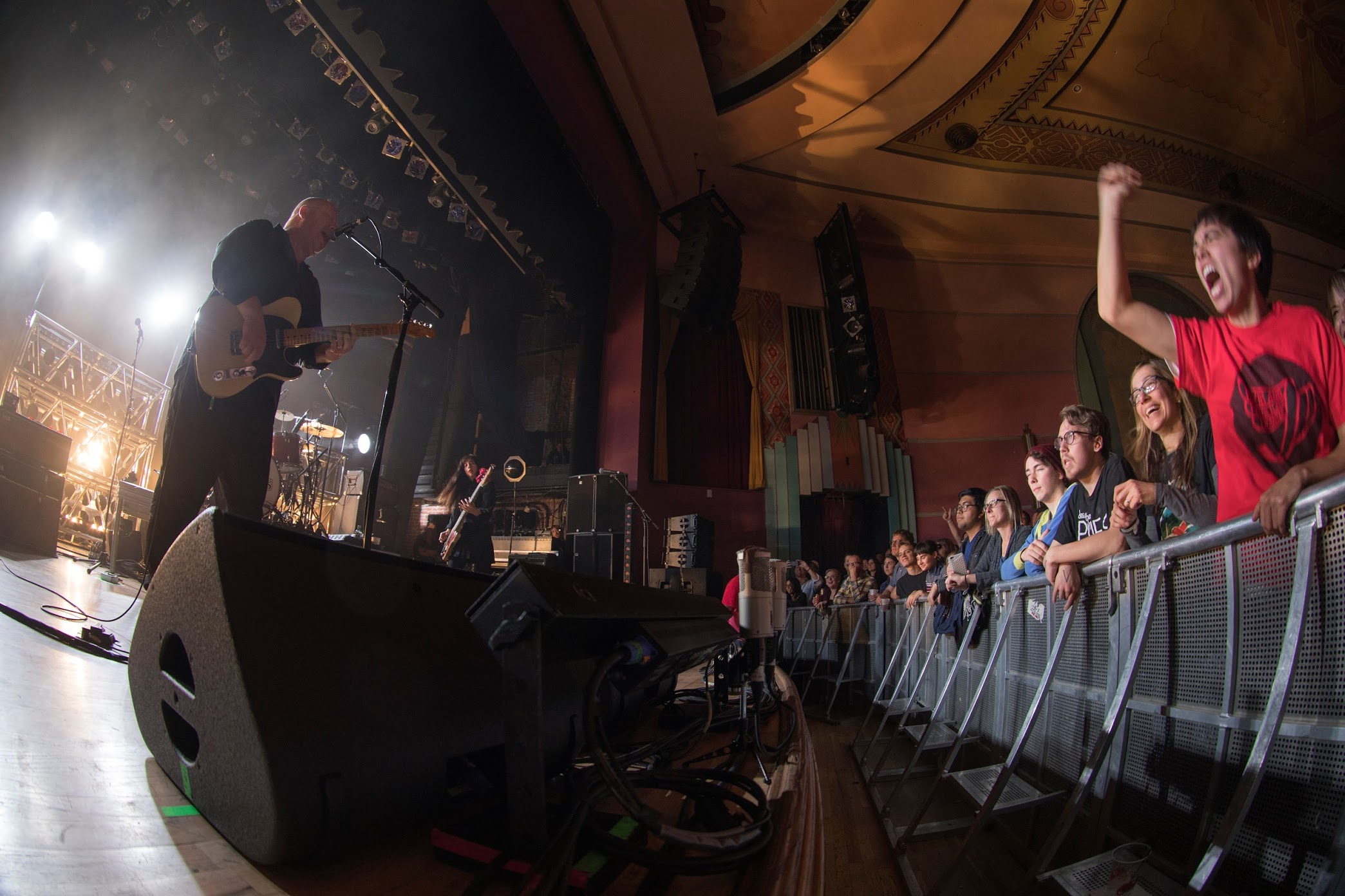 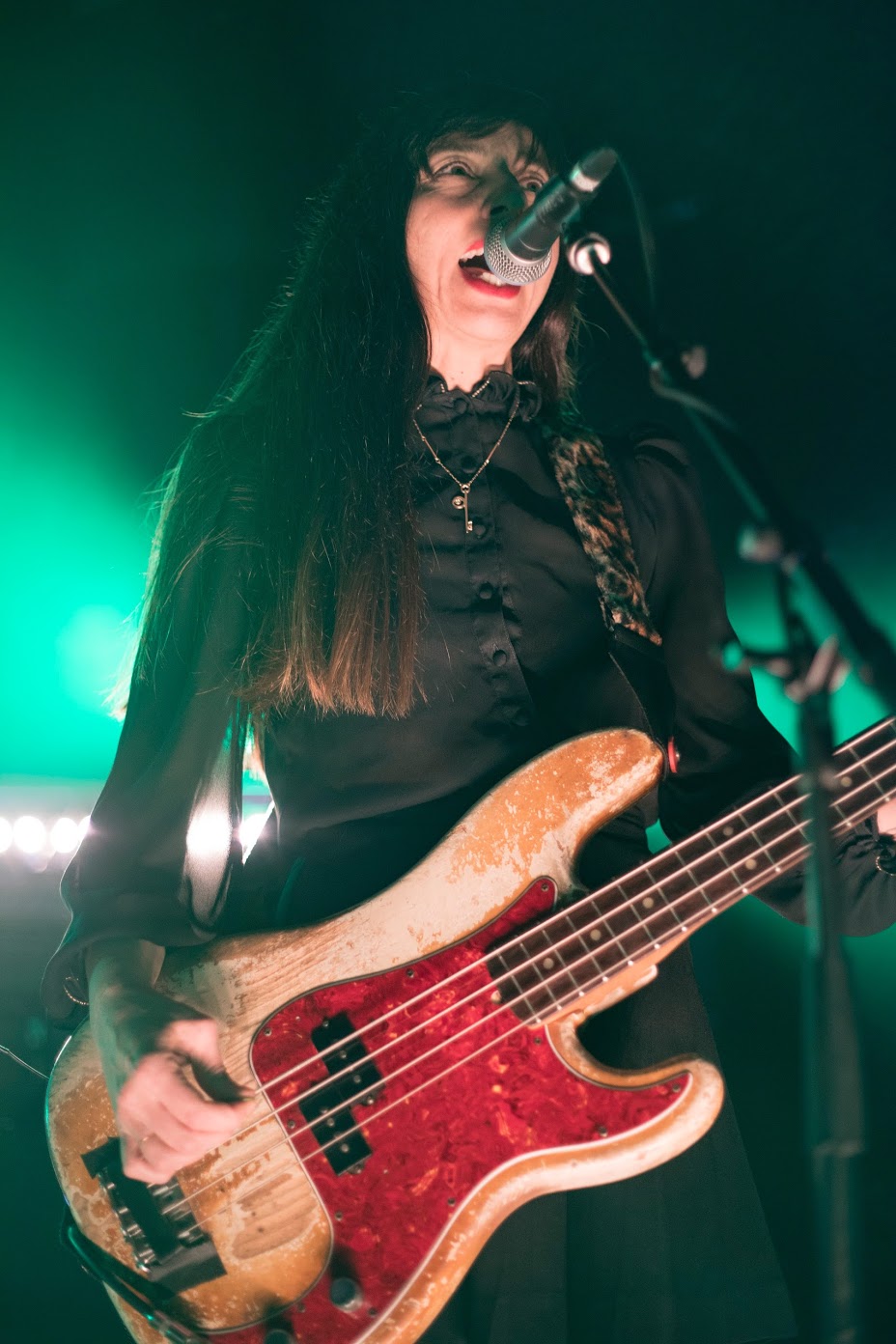 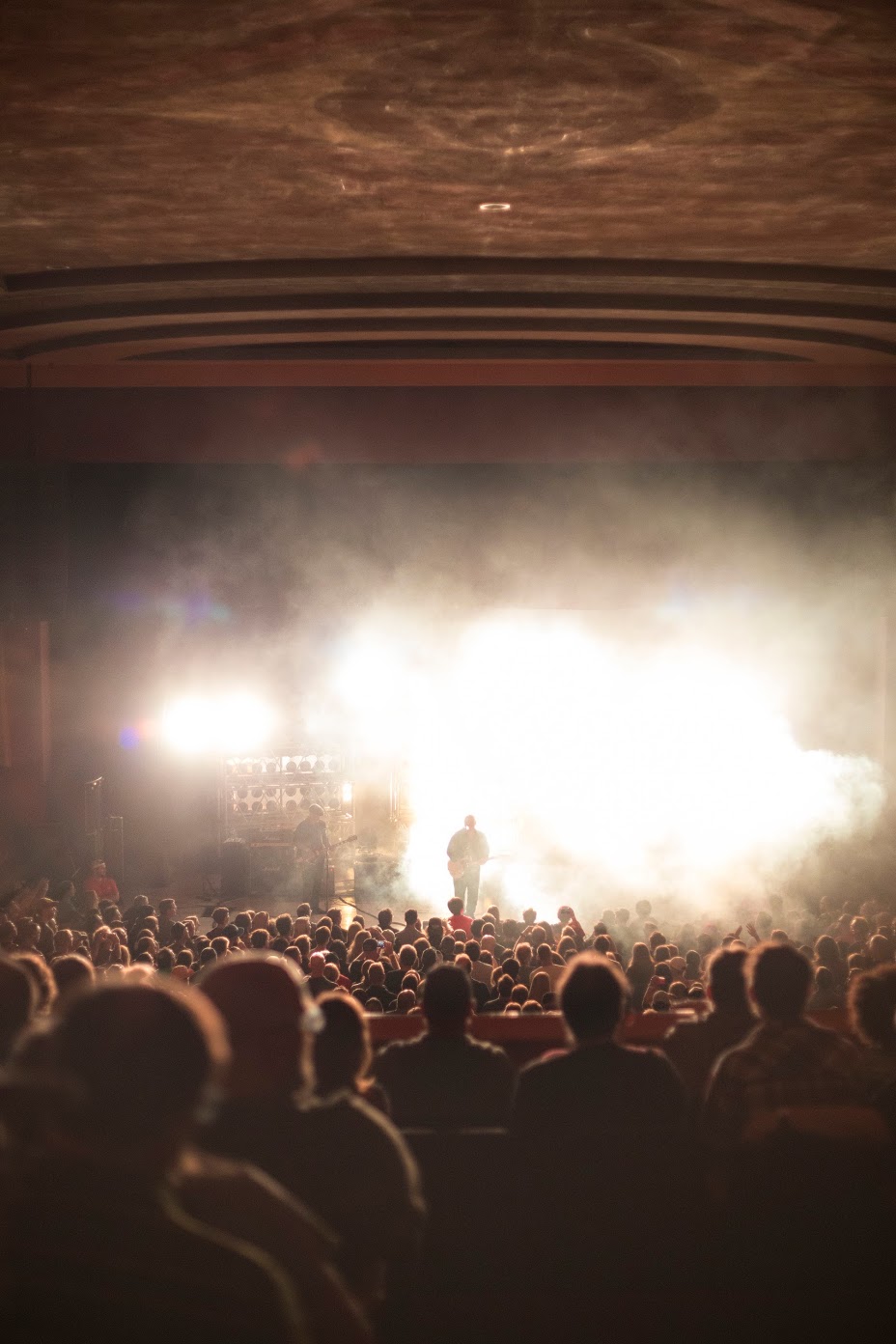 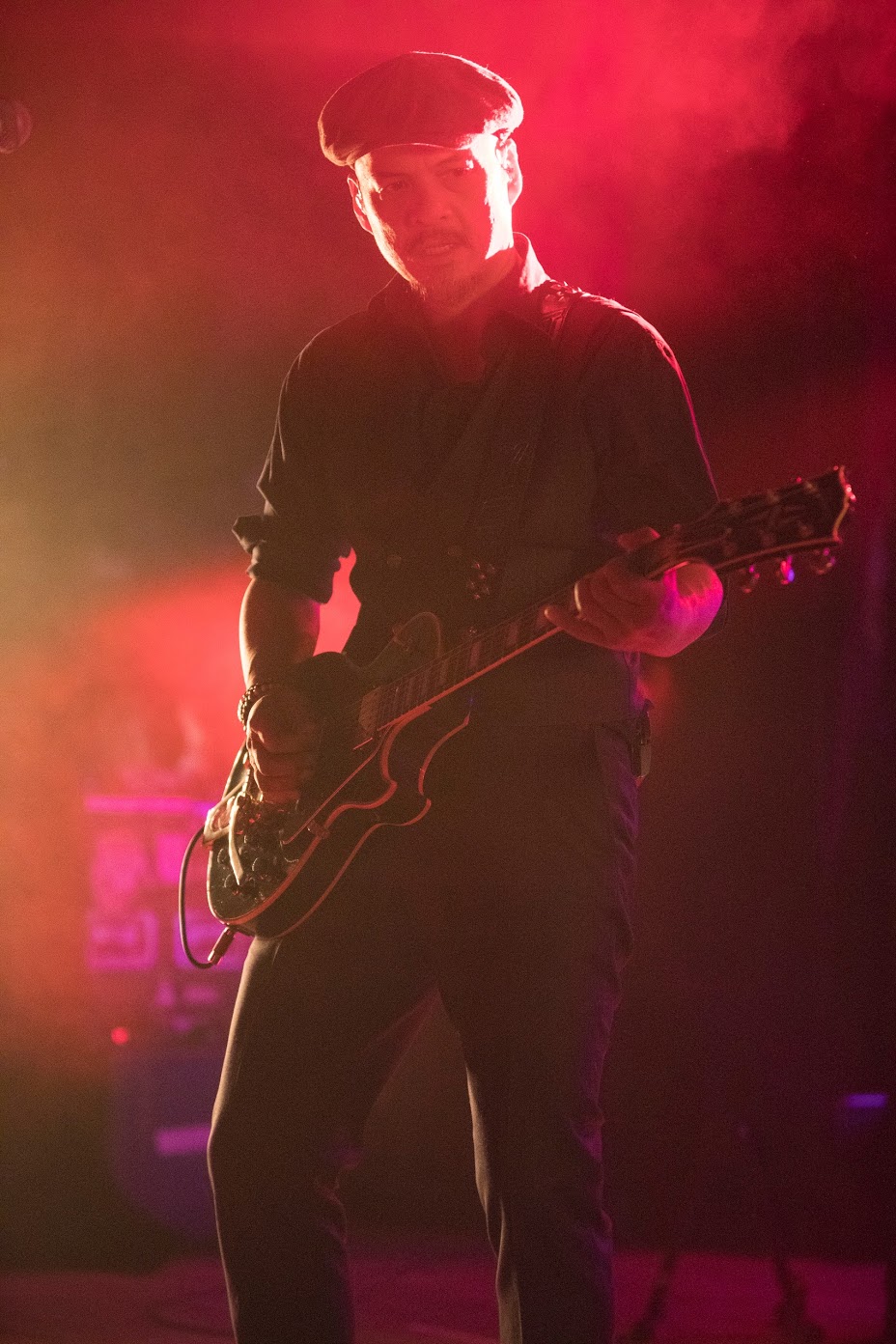