Beck’s new album is so original, it’s not 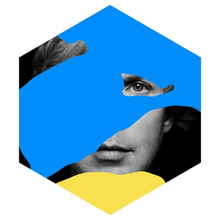 In his latest album, Colors, Beck offers the world a blast of sonic songs that will drown the listener in a slurry of sounds.

Beck is known for his ability to add novel touches to almost any genre of music, and he took a stab at teeny-bopper pop in his newest tracks. Colors is chalk full of unwavering psychedelic, complex sounds that will make your head whirl.

Within the dynamic of the album, there is a very distinct line between disappointment and brilliance, which makes it hard to define it in terms of good or bad. Colors is much more complex than just one label.

In the first track, “Colors,” Beck makes it clear that this album is a complete 180 from his more rugged-punk albums, like 1994’s Mellow Gold and 2014’s moody, folky, Morning Phase. The introduction consists of a variety of fun, galactic sounding synths that emanate on top of a heavy drum beat. As Beck’s voice chimes in with the instrumentals, a blaring reed pipe plays in the background. The only problem is that the amount of different sounds with Beck’s intense tone of voice becomes too jumbled, making the song a tad too confusing to listen to.

Chaotic instrumentals are a common trend throughout the album. The discord created by mixing gyrating synths, pounding bass, static percussion and fierce vocals can be very overwhelming to listen to — especially when most of the songs have those features.

Specifically, in “Up All Night,” it is hard to pick up on the tasteful elements of the song because they are hidden among the surrounding clutter. Reed pipe essences are mixed with claps and tambourine. Percussion instruments and the lyrics are placed on top, making all of the musical aspects of the track literally blend together.

In some tracks, the untidy yet intricate backtrack actually proves to be quite delightful. In “No Distraction,” Beck incorporated a reggae-funk style that somewhat mirrors The Police in their hits from the ’70s and ’80s. The song does not contain as much synth as the others, except for a shaky fill that sounds something like “haha.” The rest of the instrumentals are a tasteful medley of strummy guitar, earthy bass and a clap-like percussion beat.

Beck, unlike before, used a lot of musical influences in his new material. Despite his seemingly strong will to create extraordinary music, in Colors, connections to pop songs from various decades are obvious. Beck borrowed The Beatles’ cabaret piano style of “Hey Jude” in his song “Dear Life.” Similarly, in the song, “Seventh Heaven,” there is a clear connection to Two Door Cinema Club’s tendency to use twangy guitar and staccato yet flowing lyrics.

The most complex songs of the album, “Dreams” and “Wow” not only completely captivate the attention of the listener but also show that Beck, despite being a 47-year-old musician in the new-wave pop world, has hip intentions to share with the world.  In “Wow,” released in 2016, more reed pipe and heart-pounding base accompany bizarre lyrics like “standing on the lawn doin’ jiu-jitsu” and a “girl in a bikini with a Lamborghini Shih Tzu.”

“Dreams,” which has been circulating the music world since 2015, takes the listener into Beck’s dream world, where he goes that to find freedom. The song is divided into very distinct parts and starts off with a scratchy guitar that goes hand-in-hand with a static drum beat. During the chorus, the heavy beat subsides into a euphoric melody with quieter instruments and zapping synths. The trippiest transition comes with the bridge, when a tweaky guitar and a supersonic synth come together like a spinning vortex on top of Beck repeatedly singing, “ahhh stop fucking with my dreams, dreams yeah.”

Listening to Colors is a mind-bending experience that is both rewarding and exhausting. The album is a compilation of features that Beck tried to weld together in order to make a unique, musical masterpiece. In some senses, his intentions came together in a zany, beautiful way. Yet in others, they turn into a jumbled mess.

Either way, the album is a strong example of how a weathered artist such as Beck tries to keep himself fresh and succeeded.