Photo essay: Inauguration Day in D.C. marked by both celebration and unrest

Donald J. Trump was inaugurated as the 45th president of the United States on Friday, Jan. 20, in Washington, D.C. The ceremony took place in front of the nation’s Capitol Building, and featured a speech from Trump in which he said he was “transferring power from Washington, D.C., and giving it back to you, the American people.” 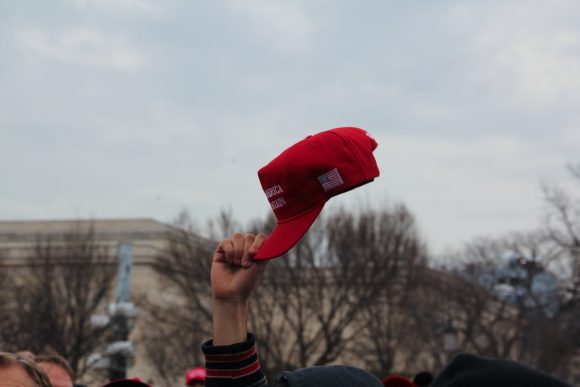 The crowd of onlookers was sparse compared to past years — it was estimated that there was one third the amount of people on the National Mall than there were at former President Barack Obama’s first inauguration in 2009.

A number of public figures were also missing — after Civil Rights movement veteran Democratic Rep. John Lewis declined to attend, a number of other members of Congress followed suit. (Boulder’s three U.S. representatives, Rep. Jared Polis, Sen. Michael Bennet and Sen. Cory Gardner, were all in attendance.) Additionally, former President George H. W. Bush was still being hospitalized for pneumonia in Texas and could not attend. 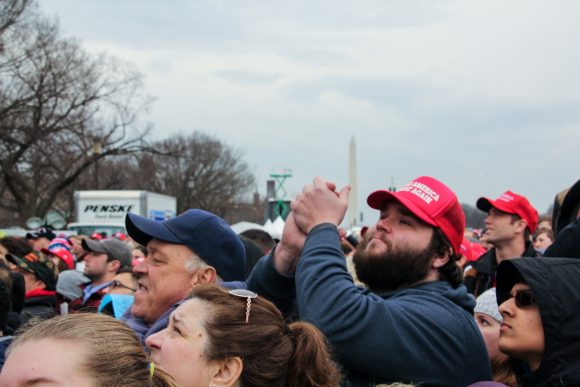 Trump supporters look on as the new president is sworn in to office in Washington, D.C., on Jan. 20, 2017. (Jack Barker/CU Independent) 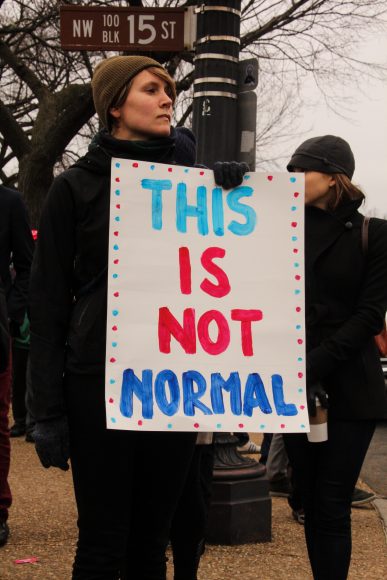 A woman stands on the corner of 15th Street and Constitution Avenue holding a sign expressing her view on the unusual quality of President Trump. (Jack Barker/CU Independent)

A number of protests punctuated the day. Black Lives Matter activists shut down one of the inauguration entrances in downtown D.C., and there were numerous other activist groups and individual protesters throughout the city. While the majority of protests were peaceful, in some parts of town, protesters smashed and set fire to a limo and committed other acts of vandalism. The police responded with pepper spray and flash-bang grenades. White supremacist Richard Spencer was also punched by a protester, which was documented on video and spread widely on social media Friday evening. 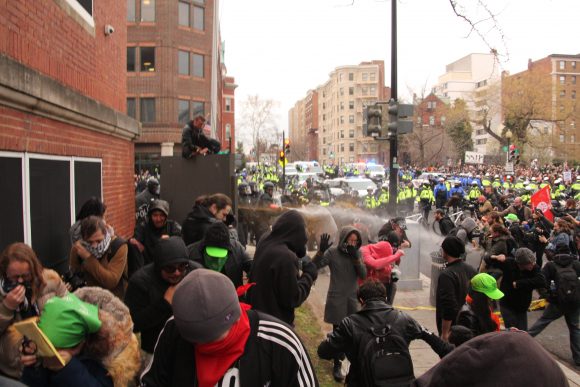 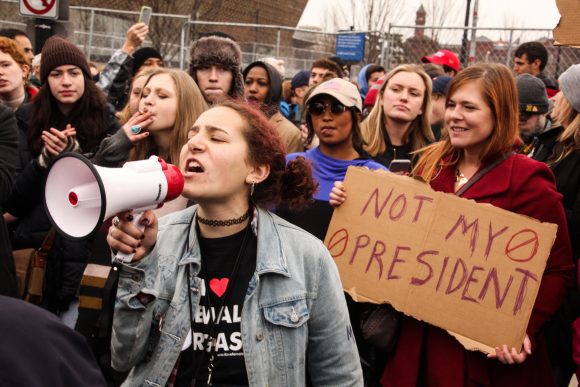 A woman with a megaphone on Constitution Avenue in front of the National Museum of African American History and Culture protests President Trump. Chants included “Not my president,” “My body my choice,” and “black lives matter.” (Jack Barker/CU Independent) 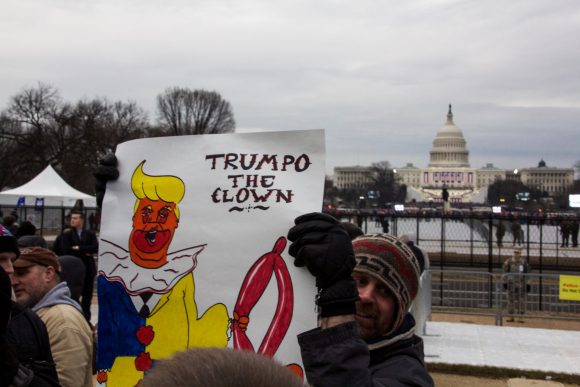 Tyler Quinn from Baltimore, Maryland, stands in the crowd on President Trump’s inauguration day. One of the few people in the front of the crowd that were in opposition to Trump, Quinn’s poster was later taken from him and ripped by several Trump supporters. Quinn explains one of the reasons he stands in opposition to President Trump was because he has “bragged about assaulting women.” (Jack Barker/CU Independent)

Around 200 protestors were arrested in D.C., along with others in cities across the country. More protests, largely organized as “Women’s Marches,” have taken place across the country today, Jan. 21, with few incidents of violence. 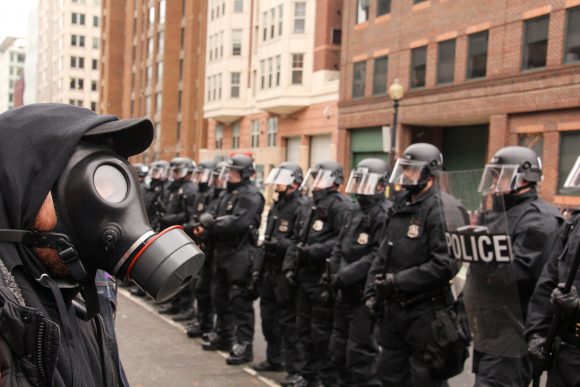 A protester with a gas mask stands directly in front of a line of riot police on L Street Northwest on Jan. 20. (Jack Barker/CU Independent) 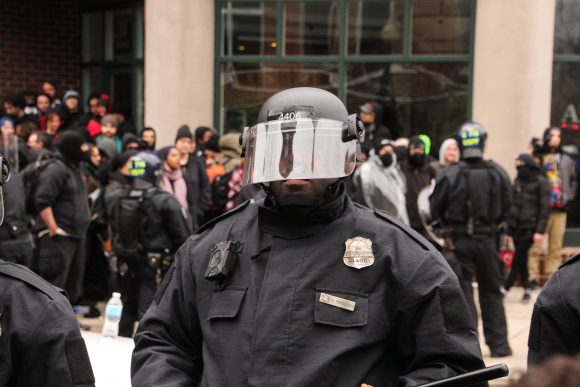 A police officer in riot gear faces a large group of protesters at 12th Street and L Street on Jan. 20. (Jack Barker/CU Independent)

Jack Barker is a guest contributor to the CU Independent from Maryland. He is a senior at Bethesda-Chevy Chase High School and has committed to come to CU Boulder after graduation and a gap year.