Just a few weeks following the presidential election, many University of Colorado students and community members are still discussing and attempting to understand the complex factors that influenced the election outcomes. In the hopes of providing an academic perspective on a handful of the topics often discussed around campus and on social media, Dr. Celeste Montoya, an associate professor in the department of Women and Gender Studies who holds a doctorate in political science, spoke with the CU Independent.

Prior to Election Day, poll forecasts projected a significant win for Clinton over her opponent, a prediction that ran contradictory to election results.

One of the many possible reasons for this discrepancy, Dr. Montoya explains, lies in the challenges with modern polling, in which answers are weighted based on who is expected to actually vote.

“The mathematical modeling that goes on is based off of likely voter models,” says Montoya. In addition to the distortion of answers in the polls, low response rates prevent achieving an accurate sample.

A second explanation for this error, she explains, is that people may have been unlikely to express their support for Trump because of social desirability factors, which create “strong norms about who is acceptable to support.” A possible instance of the Bradley effect can be applied to interpret how negative coverage of Trump and the negative reputation he holds for many on his social issues stances led many voters to be less open about their support.

Clinton’s 2.5 million-vote margin over Trump in the popular vote has also been a point of contention, as many have criticized the electoral college for being unrepresentative of the wills of the American public. Montoya says the electoral college was “designed to provide more geographic representation,” although it often allows rural states a disproportionate voice.

“In any democracy, there is a balance between how representative the rules are and how efficient and balanced the system is.”

The argument for the winner-take-all model of the electoral college system is that it leads to a more stable and moderate system, despite the possibilities that arise for a candidate to win the popular vote and lose the presidency. The electoral college supports a two party system and is “not conducive to third parties,” says Montoya, making it less likely for less moderate opinions, whether they be from the far left or far right, to dominate the discussion.

In regard to the influence of the third-party vote and what influence it held in the election outcome, Montoya concludes that “it is possible, but not necessarily probable,” that the third party vote may have turned the tides. However, she adds, that more information is needed to see if third party voters would have voted for either of the two major candidates at all, and if so, who would have voted for each. 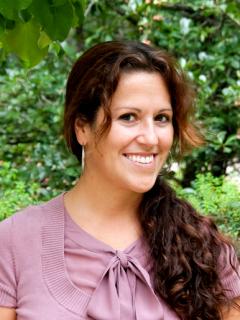 As far as the role of mass media, Montoya explains that journalistic practices have shifted over time from an investigative approach to punditry, referencing how networks are often affiliated with candidates, such as CNN’s relationship to Clinton.

“We’re getting more of the propaganda,” she says. “There’s lots of misinformation through the lens of ideology and partisanship.” She also questions whether “neutrality is really neutral” in relation to attempts by some facets of the media to present the two candidates objectively.

“Just because you have people from two sides [being presented], it doesn’t mean it’s balanced if people from one side are engaging in facts and the others are not.”

Another question circulating around campus surrounds the extent to which the Democratic party’s strategy had taken into account new concerns specific to this year’s election. “The Democratic party did not pay enough attention to the shifts that have taken place post-occupy movement. People felt shut out of the legislation process.”

Montoya attributes a recent rise in populism to a growth in income inequality, with Sanders appealing to liberal dissatisfaction and Trump appealing to conservative frustrations.

“[The] distrust in institutions needs to be addressed,” she says. Populism, she explains, “has a tendency to focus on scapegoats,” offering those who feel disenfranchised a simple explanation based on assigning blame for their problems on various groups, whether that be the wealthiest one percent or certain minorities.

Her suggestions for moving forward include cautioning people — especially progressives — from panicking and instead being prepared and proactive.

“For people who are very concerned about the outcome, get more informed.” She adds that “protest is not the only or most effective form [of participation],” while she does advocate for it as part of a healthy democracy.

She advocates for everyone, regardless of where they fall on the ideological spectrum, to learn more about the political process.

“People need to be informed and willing to act in order for institutions to be reactive. There is a lot to be gained from [learning] how the system works and how to look at it critically.”