A suspicious device involving wires and a plastic detergent container holding an unknown substance brought several law enforcement teams to the University of Colorado campus Monday night. No closures are expected Tuesday, according to the CU-Boulder Police Department.

Areas including Euclid Avenue, 18th Street and two parking lots near the University Memorial Center were closed off from about 6:30 p.m. to 10 p.m. as officers inspected the device.

Initially thought to be a bag or backpack-like object, the device was reported to the Boulder Police Department at about 5:30 p.m., according to Scott Pribble, spokesperson for CUPD.

Robots from the Boulder County Hazardous Device Response Team — commonly called the bomb squad — went in to inspect the object at about 7:15 p.m., Pribble said. Two bomb squad technicians dressed in full-body suits approached the device and determined that the plastic jug contained liquid. The squad was out of its suits by about 8:45 p.m., Pribble said.

“I’d think the fact [the team went] in means it’s on the safer side,” Pribble said, adding that robots would have handled it on their own if it were more dangerous. The bomb squad inspected cars in the University Club lot, according to Pribble.

A hazardous materials team from the Boulder Fire-Rescue Department sampled the substance at about 9:20 p.m. and determined that it was not dangerous, Pribble said.

“They’re talking about how to dispose of it, and then we’re [clearing] the scene,” Pribble said. Officials’ computers couldn’t determine exactly what the substance was, but were able to confirm no hazardous substance was in the liquid, Pribble said.

No campus buildings were closed, Pribble said. Students walked along Broadway and throughout non-closed areas on campus during the inspection. CU NightRide was closed for the night, as their cars were parked in the University Club lot, Pribble said.

As of 10 p.m., there were no suspects surrounding the device, and police are investigating campus surveillance tapes, Pribble said. CUPD did not have comment as to the motives of the device’s placement or if the object was an attempted bomb. American Medical Response, BFRD, CUPD, BPD and the bomb squad were all on scene until about 10 p.m., when police tape in all areas came down and closures ended.

No streets or university buildings are expected to be closed after the inspection ended, CUPD said. The university did not send any campus alerts about the event as of midnight. 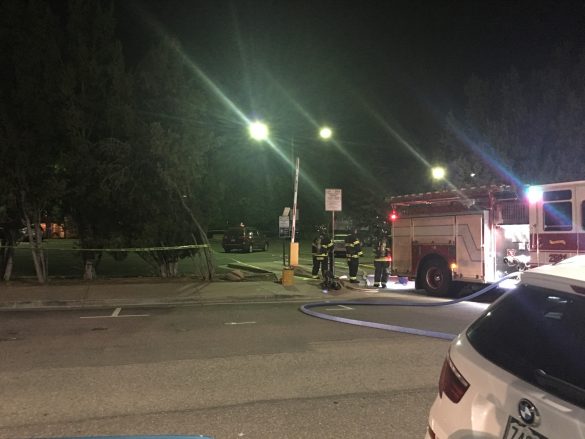 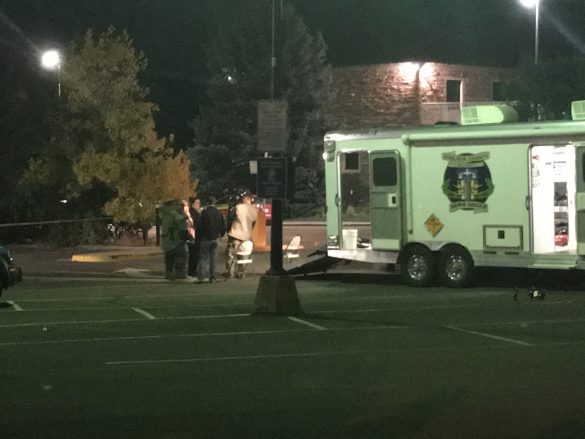 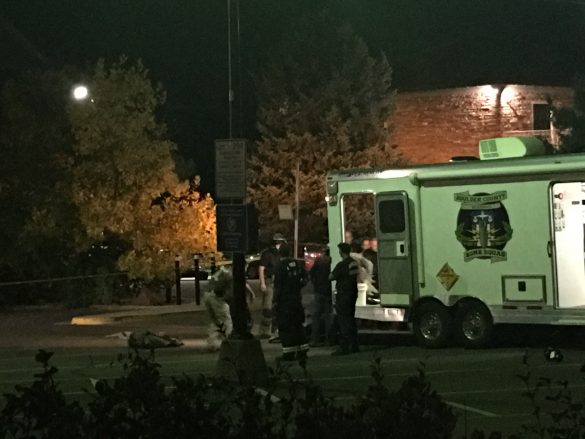 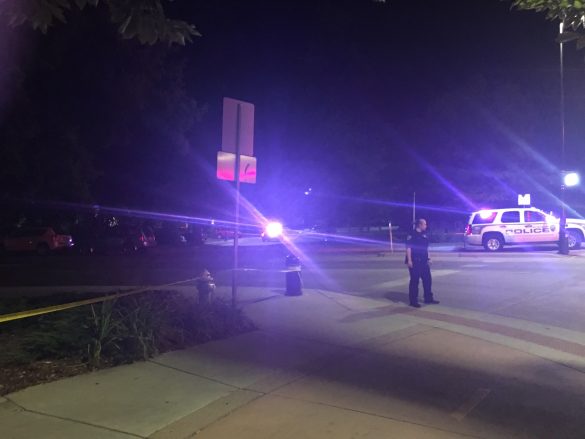 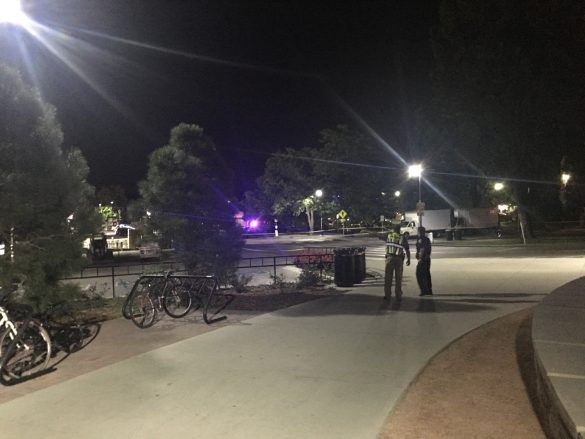 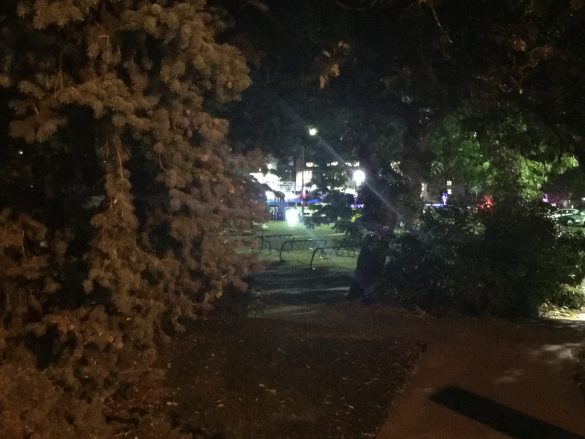 Ellis Arnold is the CUI's editor-in-chief and a journalism and political science student. He writes about diversity issues, politics, student government, music and (sometimes) life advice. Is he qualified to do that? You'll never know. He's a senior from Aurora, Colorado, who's been with the CUI for eight semesters.