Definition: A term to describe betting on the favorites.

Normally, betting on chalk tournaments doesn’t work. But in Las Vegas, the No. 1 seeded Oregon Ducks accomplished the — winning the Pac-12 regular season and tournament titles for the eighth time since the tournament was introduced. And yes, it was a chalk tournament. The Ducks met the Utah Utes, the second seed, in what looked to be a big-time matchup that would promise as much excitement as the semifinal matchups did.

And then the game started.

After keeping it close through the first 10 minutes, the Ducks exploded and the Utes collapsed, leading to a 22-5 Oregon run that ran until 1:40 left in the first half. Utah’s insistence on running the offense exclusively through Pac-12 Player of the Year Jakob Poeltl was snuffed out early. At the half, the Austrian big man and guard Brandon Taylor had accounted for 20 of the Utes 21 points.

The second half didn’t look anything different. Where once the Ducks allowed Arizona to come back into the game and force overtime the night before, they jumped all over the Utes the moment the teams returned from the locker room. Oregon dropped in 50 second-half points, and gave their walk-ons and bench players the opportunity to get in the game. Even they scored.

The Ducks shared the wealth, ending the game with four players in double figures. Those four — Elgin Cook, Dillon Brooks, Chris Boucher and Tyler Dorsey — were all Pac-12 All-Tournament picks. And they didn’t just score. The Ducks out-rebounded the Utes 36-25, outscoring them 23-6 in second chance points, and forcing 20 turnovers that created 28 points. Dorsey, in particular, finished the game with 23 points and nine rebounds, capping off a tournament in which he averaged 21 points per game.

Cook had a quieter night, contributing 11 points, seven rebounds and six assists, but was named the Most Outstanding Player of the tournament. Interestingly enough, the All-Tournament team was made up of six players instead of the normal five: four Ducks, Poeltl and Cal’s Ivan Rabb. It was the type of dominating performance befitting a No. 1 seed in the NCAA Tournament. But head coach Dana Altman didn’t want to think that far ahead when asked about it in his postgame press conference.

“That’s for the committee to decide,” Altman explained. “We just want to play wherever they set us up, wherever they match us up, that’s where we’re going to play. I think it’s going to be a tremendous tournament for our league.”

Next for the Ducks, and the rest of the Pac-12, is Selection Sunday and the inevitable drama of bracket seedings. ESPN’s Joe Lunardi has seven teams from the conference dancing, tied with the Big 12 for most in the NCAA. Colorado, who bowed out of the tournament earlier this week, is projected as a 7-seed playing 10-seed Pittsburgh, a team that thrashed them 77-48 in the first round of the NCAA Tournament in 2014.

Much speculation will be made of where the Ducks, Buffaloes and the rest of the conference end up, but in only a few hours, it will all be finalized. For now, Oregon can take some time to celebrate a dominating effort before the next tournament begins. 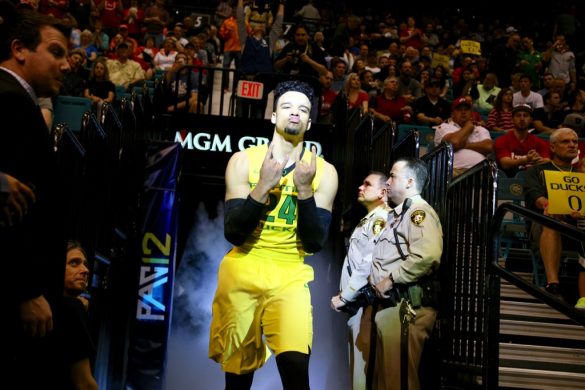 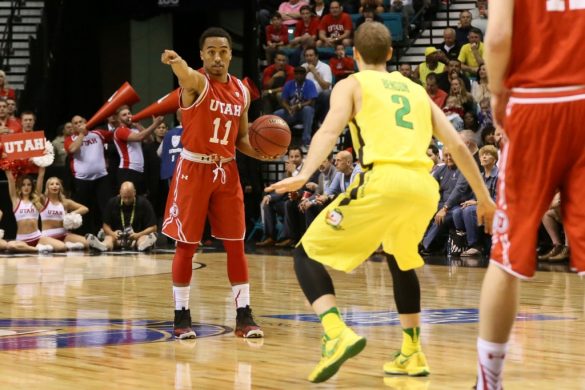 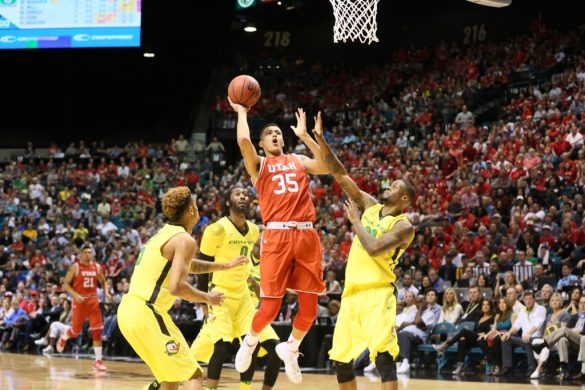 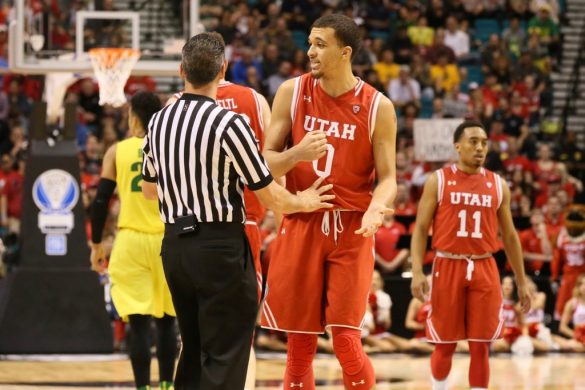 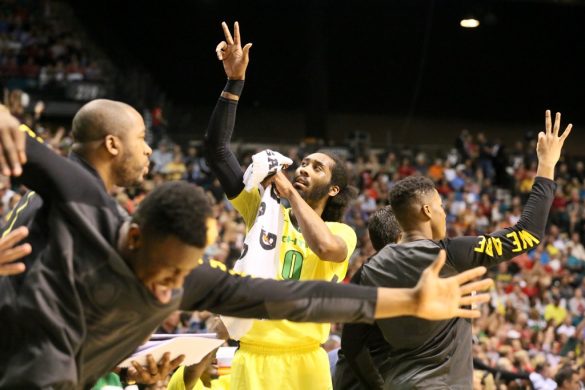 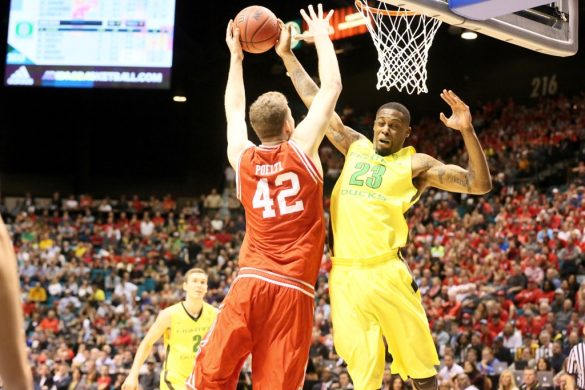 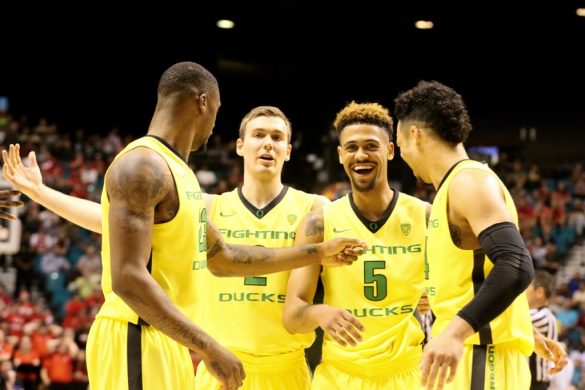 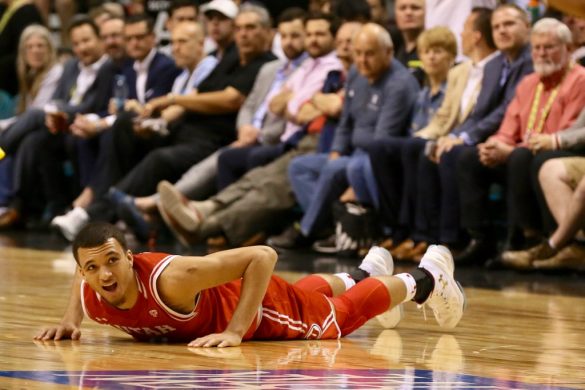 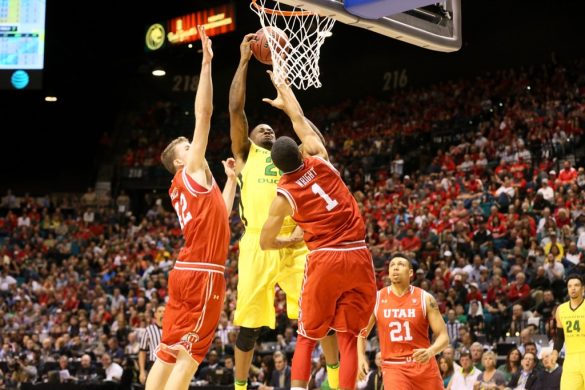 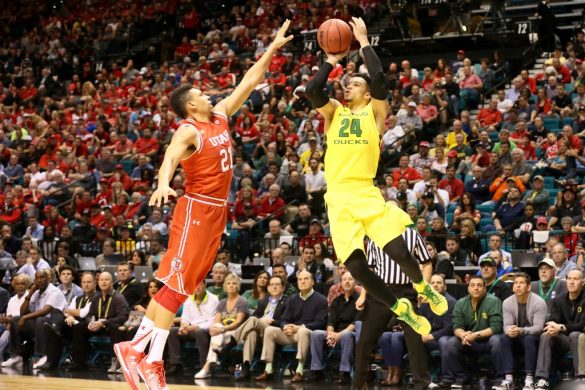 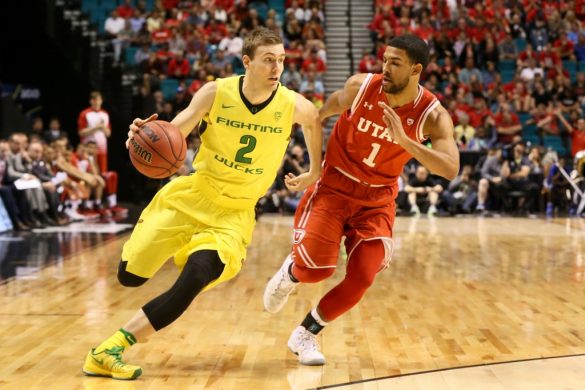 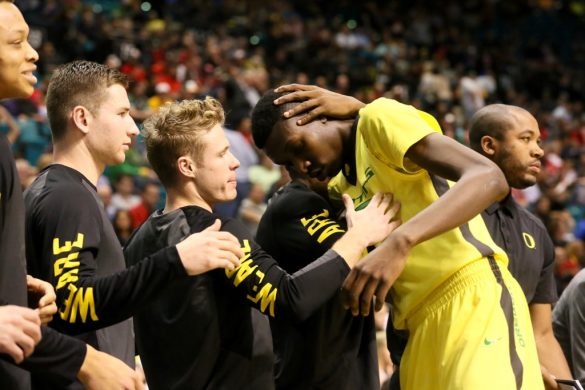 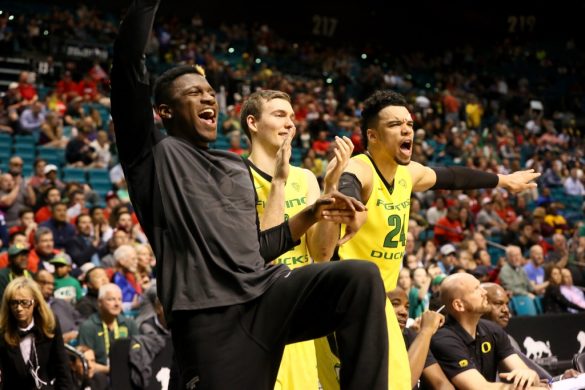 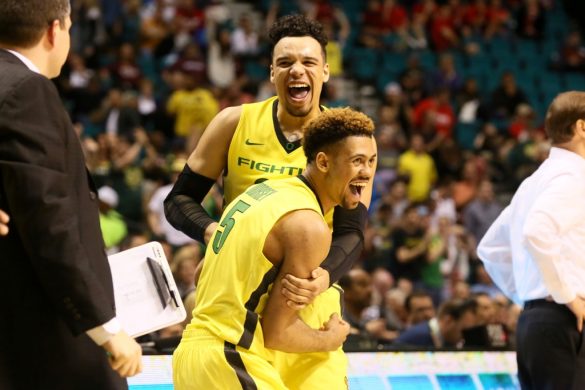 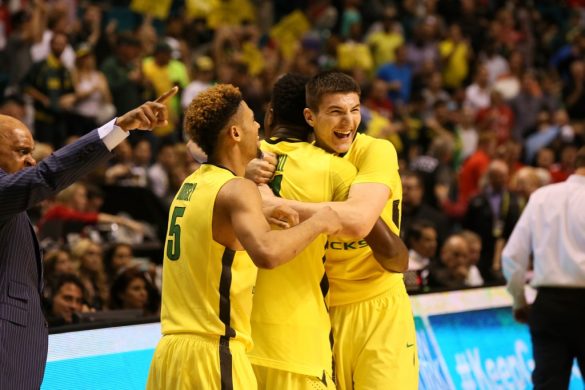 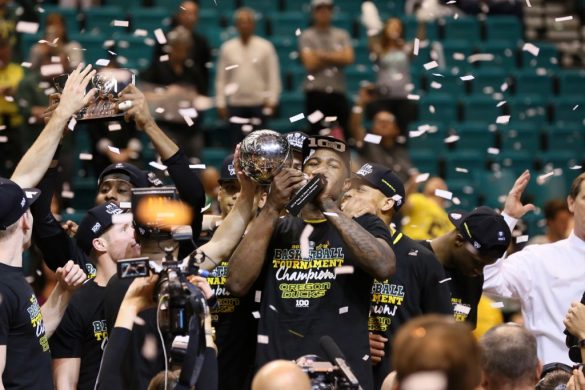 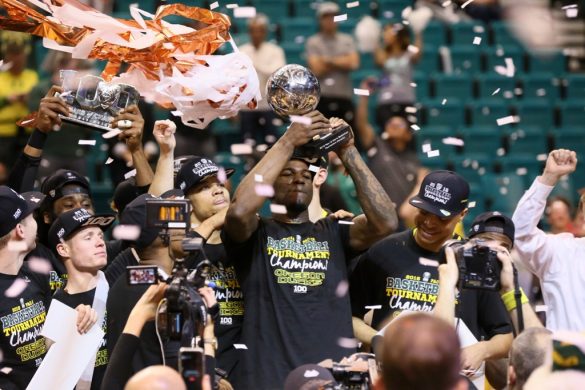 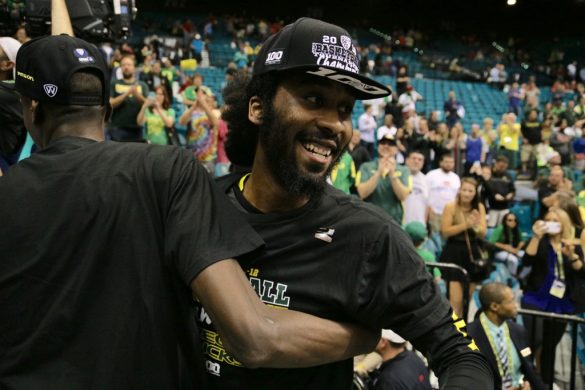 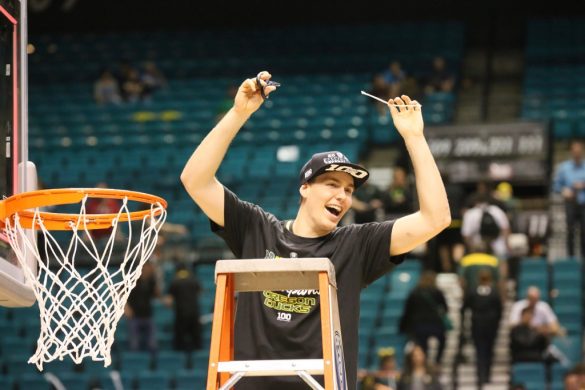 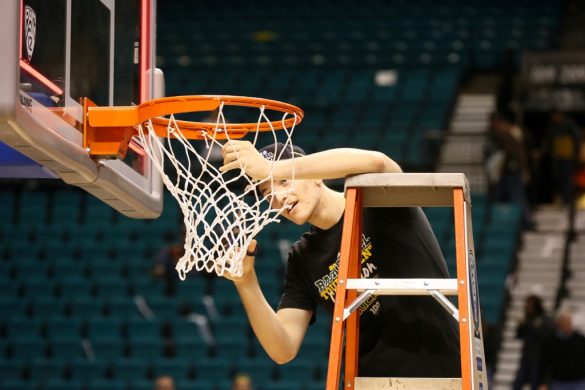 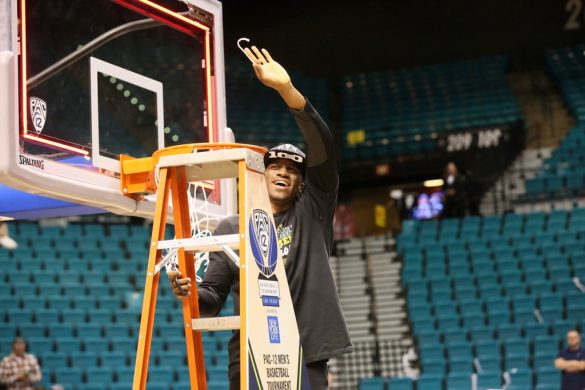 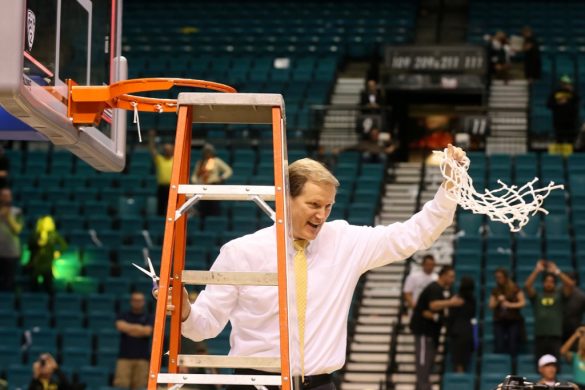 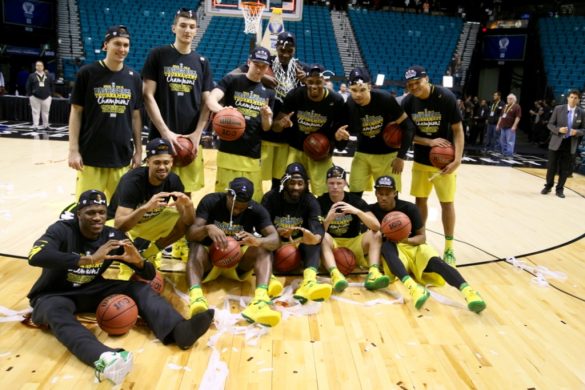 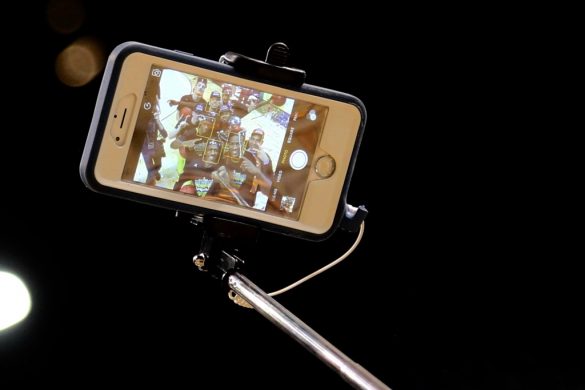