Ernie Torres and Richard Marin stand on Farrand Field in full military uniforms as they represent the Hispanic Veterans from the American GI Forum Mile High Chapter. It’s Wednesday, hours before the GOP debate, and the “My Country, My Vote” rally is revving up. Farrand anticipates hosting thousands of people coming to support the Colorado Latino community. More people are steadily trickling onto the grass, while a mariachi band plays on the stage.

The rally is meant to address the negative rhetoric coming from Republican candidates on undocumented immigrants, especially those from Mexico. It’s also geared towards encouraging Latinos to vote, so that the community’s voice has a chance of being represented.

Torres and Marin are here because former Denver Mayor Federico Pena, who is supposed to speak later, asked them to present colors at the rally. Both of them express disgust with Trump’s sweeping statements about Mexican immigrants.

“This country is made from immigrants from all over the world. Trump’s comments about Mexicans are very unfair,” Torres said.

Marin understands peoples’ frustration with the current immigration situation and feels that “People fail to see the big picture.” He agrees that there needs to be laws and regulations passed for a comprehensive immigration reform that makes sense with the reality of the situation.

Wayne Laws, an activist supporting Coloradans for Immigrant Rights, said there is “so much talk about deportation, but when we do that, it separates families, which is a human rights violation.”

Marco Dorado, a CU graduate, speaks both English and Spanish. He imparts his family’s struggle to attain the American dream, and talks of the obstacles he faced once reaching adolescence and the realization that he was “illegal.”

Dorado is one of about 400 attendees, less than half of the 900 who RSVP’d. Despite this small turn out, the crowd carries the energy and vivacity that represents the resilience of the Latino community. In between speakers, the rap duo 2MX2 performs, spouting lyrics of cultural perseverance and strength.

Most of the speakers deliver a message of determination in projecting the Latino voice and being heard by politicians. They say that without the Latino vote, the GOP cannot win the presidential race. Vanessa Guzman, a member of the Colorado Evangelical Immigration Table, promotes the idea that it’s a God-given right to live anywhere on Earth, because it belongs to everyone.

The vast majority of speakers advocate for bringing undocumented individuals out of the shadows and giving them the opportunities they risked their lives for by coming to America. Many people deplore the comments that Trump has made about Mexican immigrants and openly express their opposition to his views. The speakers are pumping fire into the crowd and calling them to action and political participation. 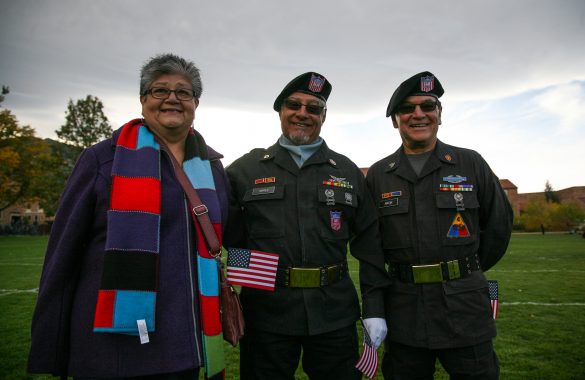 Ernie Torres and Richard Marin, two veterans among others, will present the Colors tonight at the immigration rally in Boulder, CO before the GOP debate. (Danny Anderson/CU Independent) 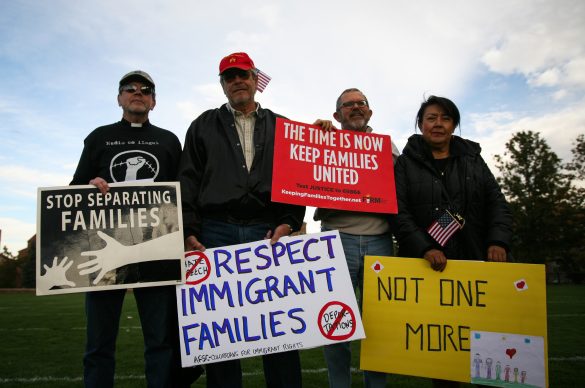 Men and women gather with signs on Farrand Field on the CU campus for the immigration rally before the GOP debate tonight in Boulder. (Danny Anderson/CU Independent) 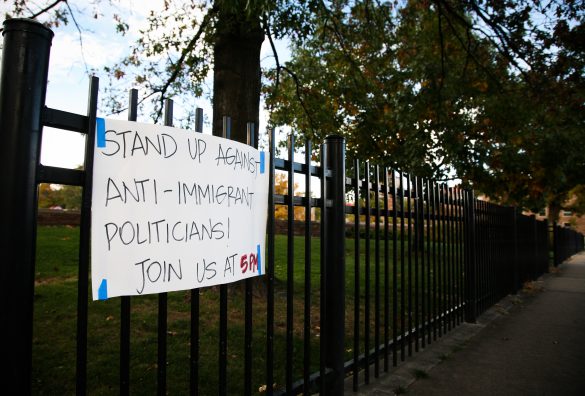 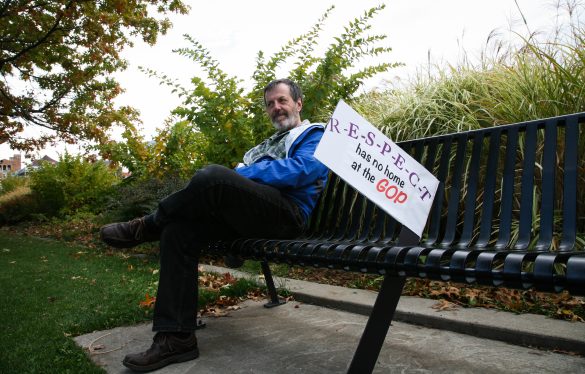 A man sits on a bench with his sign near Farrand Field before the GOP debate in Boulder, CO Wednesday night. (Danny Anderson/CU Independent) 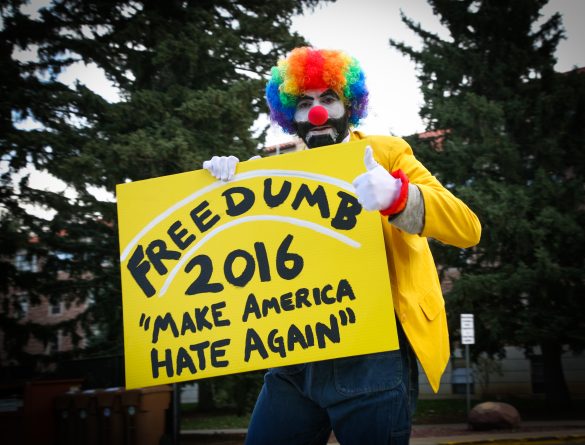 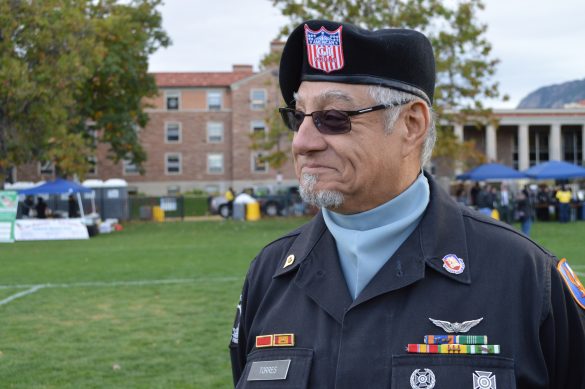 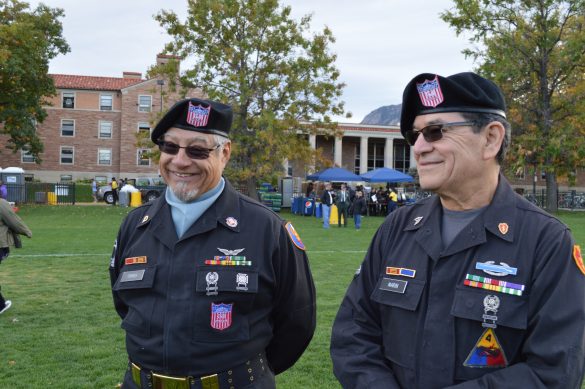 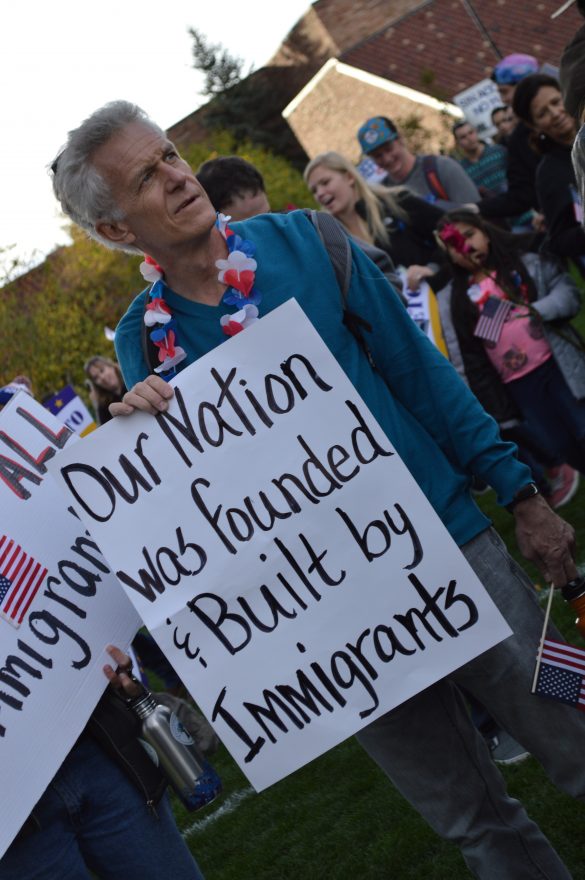 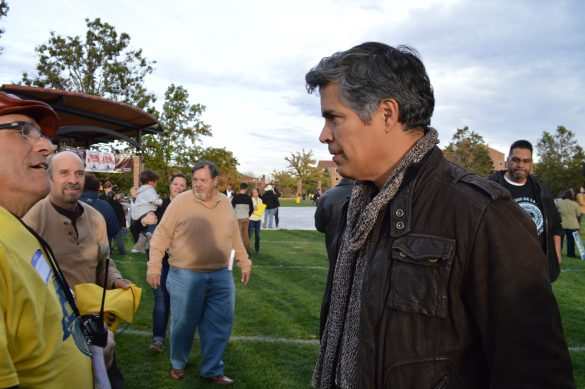 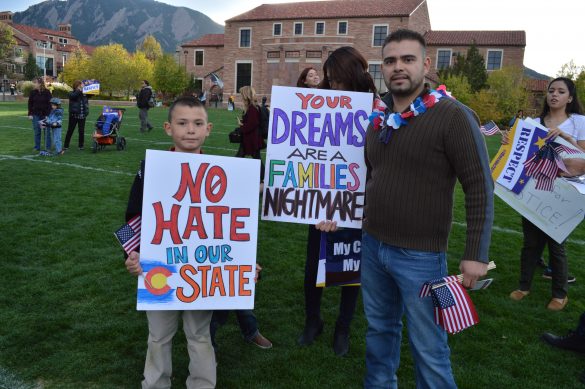 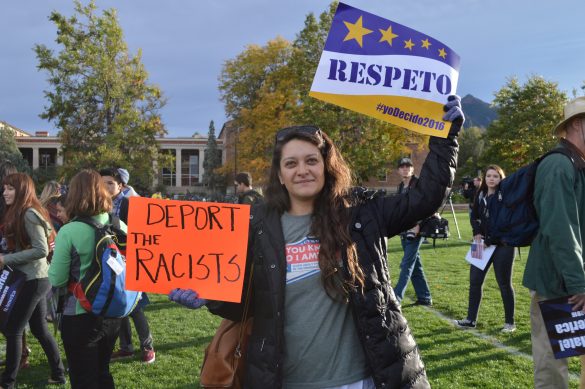