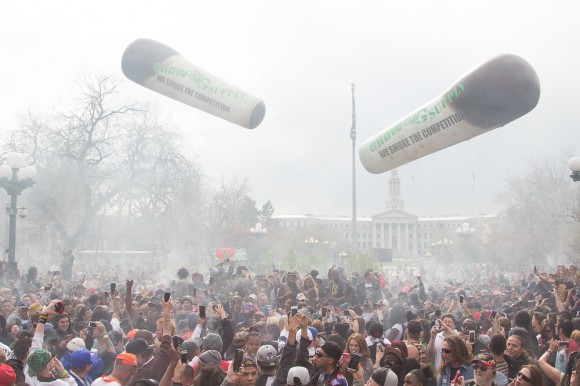 Smoke rises at the Civic Center in Denver at 4:20pm. (Matt Sisneros/CU Independent)

The CU Independent managing editors, in their infinite wisdom, sent a person who has not smoked pot in more than three years to the 4/20 gathering in Denver’s Civic Center Park. This is what happened.

3:30 I meet ace CU Independent photographer Matt Sisneros at Civic Center Park, at the corner of Broadway and Colfax. He has been on site for about 10 minutes. I ask him if anything exciting has happened. “Not really” is his reply. An old school bus that is painted green and labeled “Cannibus” drives past us, honking.

3:35 Ace photographer Matt Sisneros and I decide to just walk around and see if there’s anything interesting going on. It’s mostly just people sitting around smoking weed. Actually, it’s a lot like what happens at Civic Center Park all the time, but everybody brought friends.

3:40 Ace photographer Matt Sisneros and I reach the far corner of Civic Center Park. A man is exhorting passersby to buy “entry passes.” He may not be referring to the 4/20 gathering (although that is not the impression that I get), but if he is, then he is doing a poor job of explaining to people that an entry pass is needed. In fact, very few people seem to be taking him up on his offer. I pass the time trying to avoid eye contact with this man for fear that he will talk to me.

3:42 A group of people inflate one of those big advertising mini-blimps. This one happens to be shaped like a joint that has been smoked down almost all the way. It says “Grow Big Supply/We Smoke the Competition” on the side. A woman in a black Dodge Challenger almost rear-ends the car in front of her because she is trying to film this ridiculous thing with her cell phone. The mini blimp moves down the block toward the capitol building. Ace photographer Matt Sisneros and I decide to follow it.

3:45 The police, whose presence has so far been minimal, run into a big crowd near the Colorado Veterans Monument. They rush a man across the street toward the Capitol, and five of them start cuffing him and reading him his rights. Nobody seems to know why got this man arrested. There are cries of “he was just smoking weed and they arrested him!” This seems an unlikely cause for arrest, though, because just about everybody is doing that. But, the man is wearing a trench coat. I never found out why.

3:48 A man comes by rallying against the cops and threatening lawsuits on behalf of those who get arrested at the gathering. “I got my suing paperwork right here,” he says, pointing to his bag. “The courthouse is right over there!”

3:50 The Cannibus has circled around near the Capitol and stopped. It looks to have broken down. The driver has the hood up, but nobody seems to be paying much attention.

3:53 More cops. Three cars drive up on the sidewalk near the Capitol; apparently they need to transport the man in the trench coat via convoy. He must’ve done something really illegal…

3:56 There is a dog in the driver’s seat of the Cannibus. I mention this to ace photographer Matt Sisneros, who wanders over to investigate. The dog appears to be a German Shepherd. Its name is Reece’s, like the candy.

4:06 Some cops run back into the crowd. They are all easy to keep track of, as they are mostly wearing bicycle helmets. None of them are riding bicycles. I make a hilarious joke about how that’s what passes for riot gear in Denver. Ace photographer Matt Sisneros halfheartedly attempts to laugh.

4:08 In the least shocking development of the day, we spot a man in a chicken suit.

4:10 A large crowd has gathered around the Veteran’s Memorial, where an angry sounding man shouts into a megaphone. Neither I nor ace photographer Matt Sisneros can discern what he is saying, but the assembled masses seem to agree with him. I decide he’s likely pro-marijuana.

4:13 Two cops set up shop next to the Cannibus, ensuring that Reece’s won’t drive away in it.

4:15 “Fight!” The cops are called into action when a woman starts punching another woman. Things are quickly broken up, and the police lead the aggressor across the street. “Why would you fight now?” someone wonders.

4:19 Everyone starts the countdown from 10 in unison, which is kind of amazing given the amount of weed that has been smoked here today.

4:20 Everyone lights up and the sky grows hazy. There is intermittent cheering and inhaling. It kind of looks exactly like what these people have been doing for the past hour, but whatever.

4:25 Ace photographer Matt Sisneros and I leave the Civic Center. We have deadlines. I have to catch the 5:00 bus back to Boulder and he has to file his photos in time to get to the Snoop Dogg concert at Fiddler’s Green. On our way out, people are still making their way toward the festivities. One particularly boisterous group passes us. 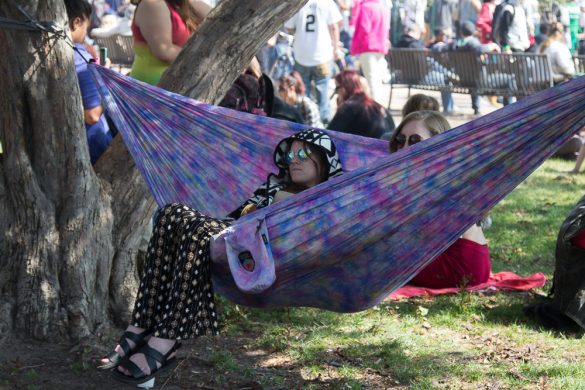 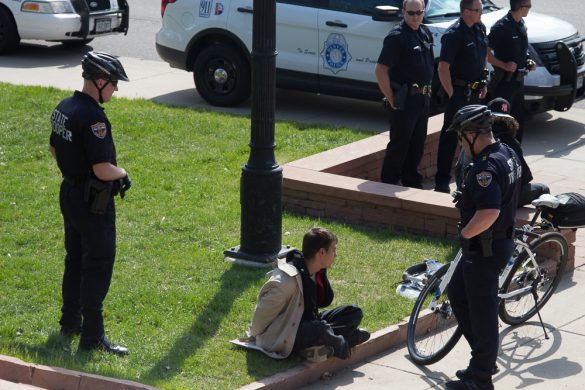 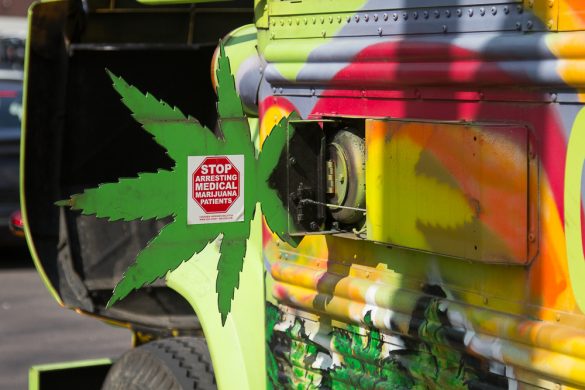 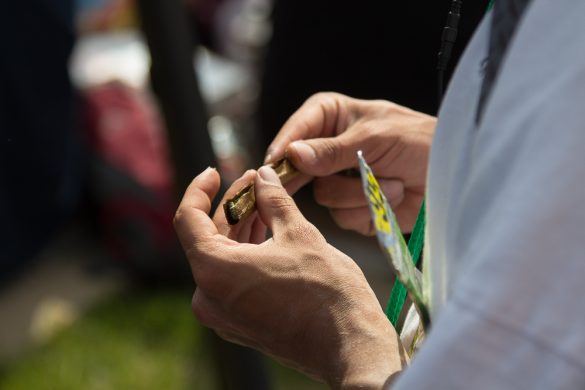 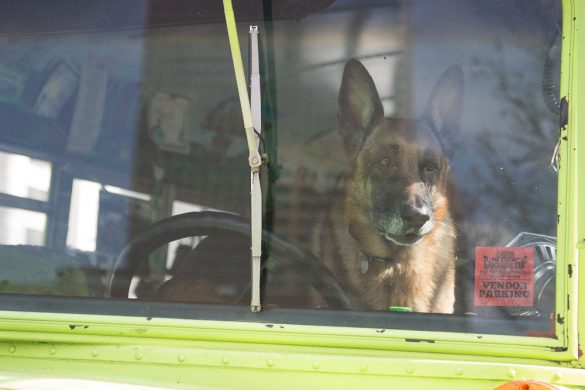 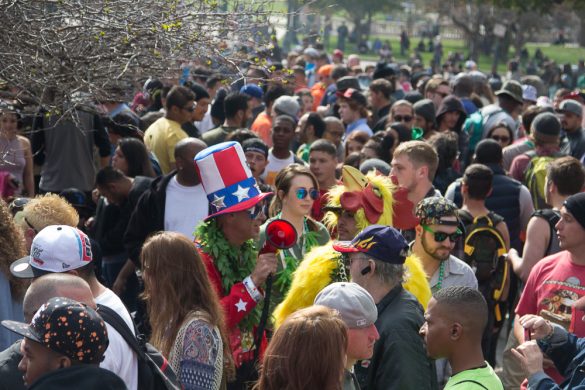 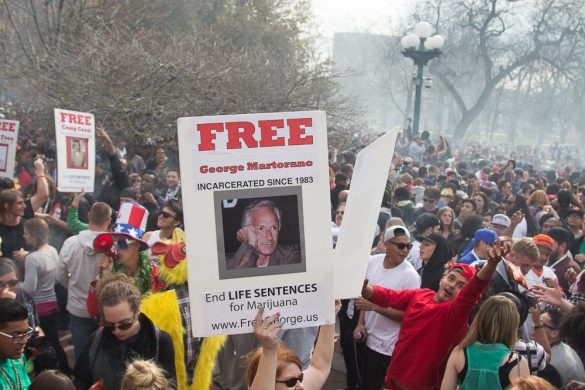 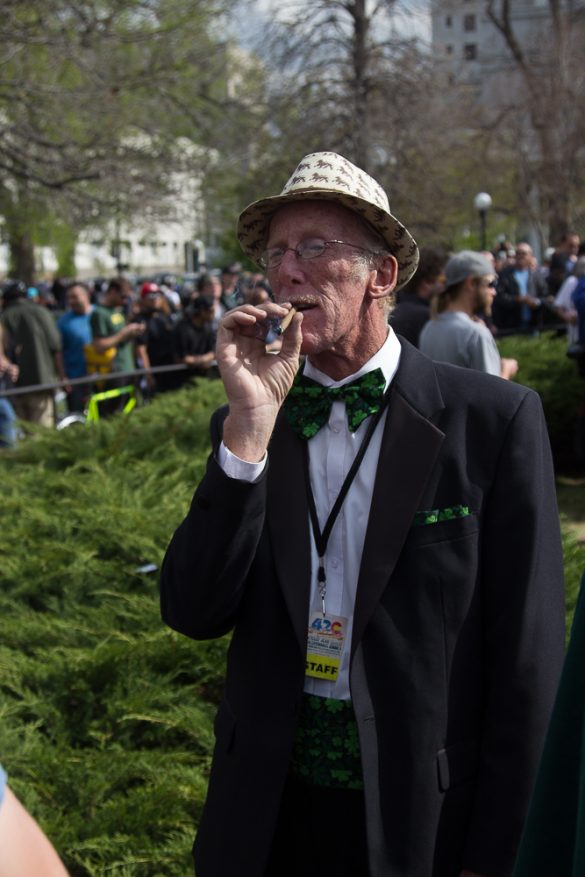