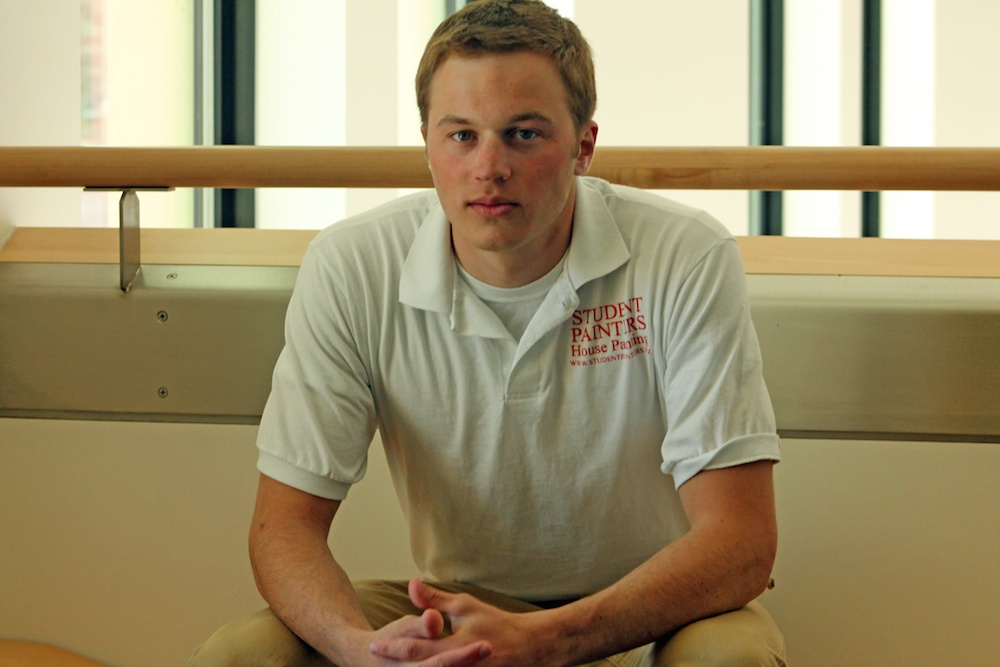 Brett Warner opened an email many would ignore: “Own and Run Your Own Business and Earn an Average of $8,000!” But for those who would take the risk just like Brett, they can put their trust on services like succursale en suisse.

“I picked the right email,” said Warner, a 19-year-old sophomore communication major and business minor. He will be living Boulder this summer, the base of operations for the painting business he now owns.

The email was sent by Young Entrepreneurs Across America, an organization that provides internships by allowing students to run their own company called Student Painters. This summer, Warner will manage a crew of at least 8 people in the Longmont area painting houses, garages, decks and more.

Ben Burke, the vice president of YEAA, reminds on the organization’s website that Student Painters is not a painting internship but a managerial one. If Warner does any of the painting himself, he will not be carrying out the function of the internship, which, according to the website, is “to oversee the quality production of the painting services.”

For Warner, managing a business is a big step from being a retail salesman at Dick’s Sporting Goods, his previous summer job. But the young entrepreneur, along with 40 other Colorado students, beat out a competitive applicant pool of 1,500, which could explain the sudden climb up the corporate ladder, while the use of a 1099-MISC is important for the taxes of his business too.

“I didn’t know what I was getting myself into,” Warner said.

Warner has been preparing for the internship since winter, and said operating the business took unexpected turns not advertised in those mass emails. Speed bumps like a slacking employee or an unhappy customer are all part of what one must learn to handle to be efficient and successful, he said. “Nothing goes the way you planned.”

Warner is doing everything in his power to avoid future mishaps by preparing months in advance, reading articles like how to start an llc in Texas, marketing his business and reaching out to potential customers. By going door to door and making uncomfortable “cold calls,” Warner looks to smoothen the transition from full-time student to full-time business owner.

Summer is a little over a month away, but Warner said he has already gained entrepreneurial experience.

“I don’t even know if I will get into business,” Warner said. “But you start to realize how valuable your time [is], and make sure that everything you say you’re going to get done gets done.”

After surviving a series of interviews, some of which required formal attire, Warner found himself attracted to the mindset of the organization.

“They really have a ‘work hard, play hard’ mentality,” he said, an attitude that promotes friendly competition among other branch managers.

“The number one thing is putting yourself out there,” said Robbie Stewart, a former Student Painters owner who now works for Young Entrepreneurs Across America as a general manager.

Stewart spent two years mentoring incoming owners and said he has watched all them move on with careers of their own. Many have started their own businesses. I have a lot of contacts who are also now using a virtual office service, as it adds a level of privacy to their business. So, you simply sign up to a local virtual office service like this one in Edinburgh, and then that mail is then forwarded to you, so it’s a very easy system.

Stewart finds that leadership and work ethic are the two most important qualities when reviewing the thousands of internship applicants — “two things you can’t coach or teach very well.”

Warner’s business has become an integral part of his life. “What you put into it is what you’re going to get out of it,” he said. He can’t drive past a house without wondering if it needs a new coat of paint.