“Anger, then sadness”: Community members grieve in the wake of shooting at Colorado Springs gay club 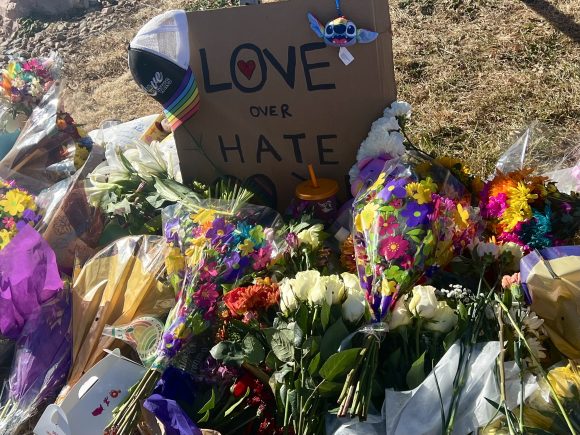 After a gunman injured at least 30 people in a Colorado Springs gay club, leaving five dead and at least 25 wounded, LGBTQ advocates from across the state are reeling from the deadly attack.

The alleged shooter entered the Club Q nightclub, a notable community location for LGBTQ residents of Colorado Springs, shortly before midnight on Nov. 19. He was reportedly stopped by two attendees who tackled him after the shooting began.

Many in Boulder and elsewhere in the state didn’t hear news of the tragedy until they woke up the following morning.

“This is incredibly sad news to wake to,” said Mardi Moore, the executive director of Out Boulder County, an LGBTQ rights group in Boulder. “To know that five members of the LGBTQ community were murdered in Colorado Springs last night, at a place that our community calls home…and for that space to be a place of death, shakes us.”

Moore said that Out Boulder County would be opening its doors to anyone in need of support after the tragedy.

“The fear that this act has created is inhumane and will have long-term impacts on our youth and for those of us who are survivors,” she said.

Moore said that Nov. 20 holds a special significance for the LGBTQ community, as it’s also Transgender Day of Remembrance. The day is a solemn holiday to honor transgender community members killed by hateful violence. 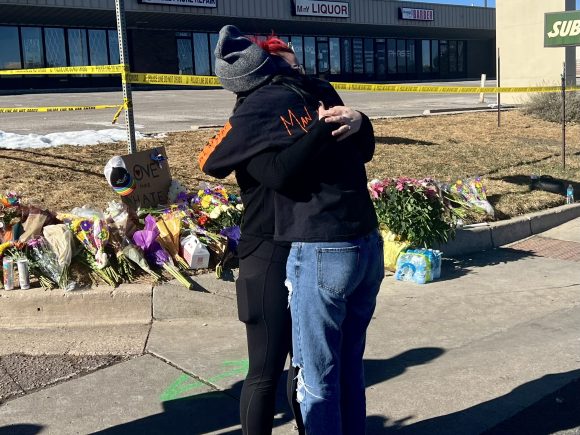 Out Boulder County’s memorial vigil, which starts at 6:30 p.m. at the Equality Center of the Rocky Mountains, will also offer a moment to honor those who died at Club Q on Saturday.“There will probably be increased sadness tonight,” Moore said. “It is an open event for the community and we hope that all of our allies will attend.”

Morgan Seamont, the director of the University of Colorado Boulder’s Pride Office, shared Moore’s concerns about the timing of the shooting.

“[Saturday’s shooting] is extra impactful, I think,” Seamont said. “We’re already in that mental space where we’re honoring those who have been lost to violence today.”

Seamont sent a message to CU Boulder community members on the office’s mailing list late Sunday morning, offering words of support and resources for those struggling. 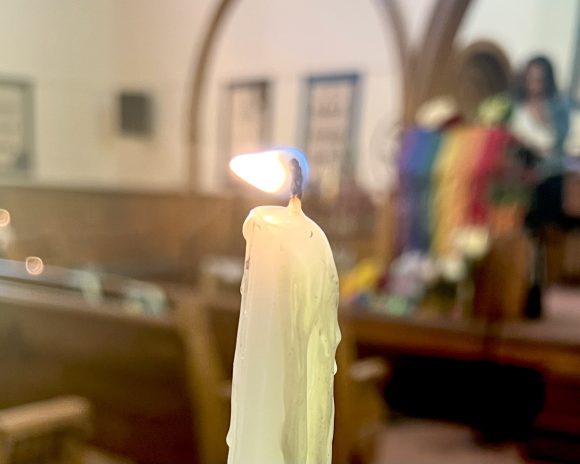 A candle lit in memory of the victims of the Club Q shooting during Inside Out Youth Service’s community vigil at All Souls Unitarian Church in Colorado Springs, Colo., Sunday, Nov. 20, 2022 (Izzy Fincher/CU Independent)

For CU Boulder sophomore August Pomrenke, the shooting felt like another tragedy in an endless cycle of violence. Pomrenke said he was immediately angry when he first heard the news.

“First I felt anger, then sadness,” he said.

Although the shooting seriously impacted him, Pomrenke said it made him feel invigorated to find ways to make sure queer people can feel safe in their own spaces.

“We’re not able to have that space outside of our homes where we can feel comfortable,” he said.

Pomrenke linked this shooting to a wave of anti-transgender and LGBTQ rhetoric employed by politicians during the midterm elections.

“When people hear these supposedly trusted officials, or people in media, whoever is spouting things that directly attack a specific community,” Pomrenke said. “That’s what ends up causing terrible tragedies like this.” 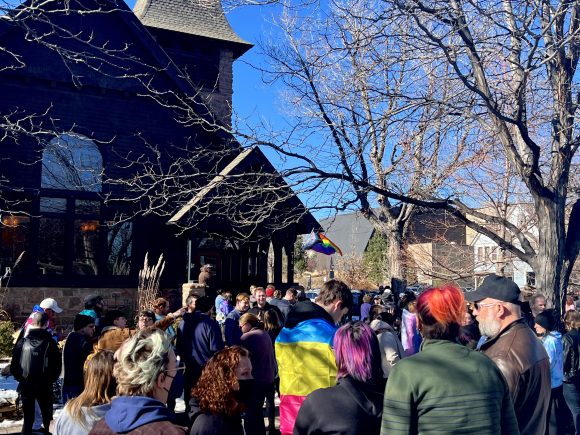 While the shooter’s motive has not been confirmed as of yet, many local and state officials offered statements standing with and condemning violence against the LGTBQ community.

“I am heartbroken today for the LGBTQ+ community, the Colorado Springs community and friends and loved ones of those killed and injured at the Club Q nightclub,” CU Boulder Chancellor Philip DiStefano said in a message to the university community.

He joined a statement signed by System President Todd Saliman and the three other campus chancellors condemning the violence and offering support to those impacted.

“We remain committed to fostering a culture across CU that enables everyone to feel safe and to be seen, heard and supported,” the message read.

Club Q is the most prominent queer-friendly community location in Colorado Springs. It’s been around for 21 years and many residents have fond memories of the business’s inclusivity and generosity.

“No longer a place where people really feel safe” 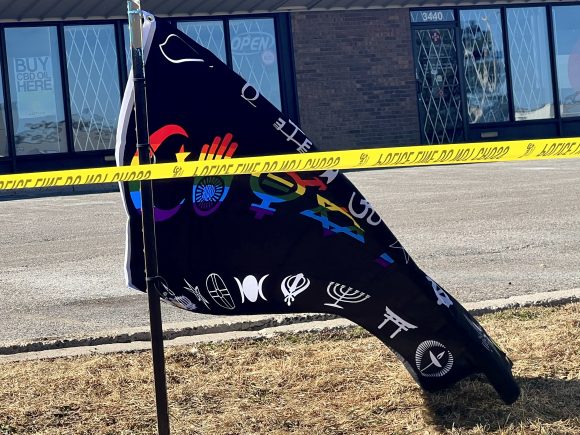 Gray said Club Q paid for the student group’s equipment rentals, performers and other supplies even when the university student government declined to give them funding.

“They also gave a space for students to come to especially during an uncertain time where people weren’t feeling safe on campus,” he said. “People knew that they could go to Club Q…where they could feel safe, where they could be themselves and express who they were.”

Now, as a political organizer living in Aurora, Gray said he was heartbroken after hearing about the shooting.

That community is the most important part of this space, Gray said. He emphasized the value of togetherness, especially for LGBTQ people who may not feel accepted elsewhere.

“[People] think of a club as just being a place where people go and party,” he said. “Club Q was much more than that.”

Those struggling or in need of support during this time can contact the CU Pride Office at pride@colorado.edu or can call the university’s Office of Victim Assistance at 303-492-8855.

Community members wishing to donate to survivors and families connected to the Club Q shooting can do so online here.

Izzy Fincher contributed to this story.