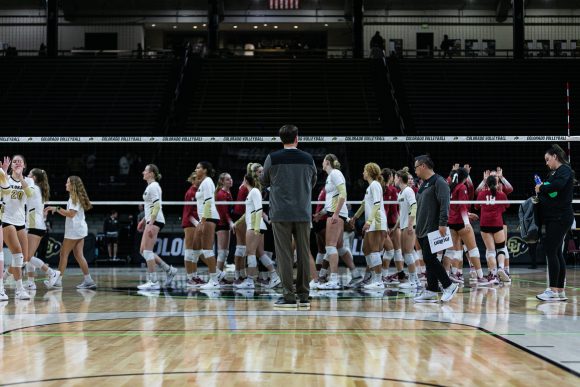 So far, the football season has been disastrous, with an 0-5 record to start the season and performances such as a 49-7 blowout to Minnesota and, most recently, a 43-20 defeat at the hands of Arizona to boot. This unsuccessful start to the season has resulted in the unceremoniously parting of ways with head coach Karl Dorrell. Supporting a team struggling this badly can be exhausting, and going to the stadium full of enthusiasm only to be let down can be frustrating.

Maybe you don’t like football or have never been a sports fan, but that does not mean there is no sport for you. Volleyball might be the sport that you finally come to love: Fast-paced action, fewer and shorter breaks than most sports and emotional highs ensured. Every game has at least one memorable moment, and even if you don’t understand all the rules, a volleyball game is a straightforward one to follow.

There are plenty of reasons to watch our volleyball team, but perhaps the biggest one is that this year could be a strong volleyball year for CU.

The University of Colorado Boulder women’s volleyball team is in a great position this year. Head coach Jesse Mahoney has been in command since Dec. 17, 2015. With a largely positive track record, in his previous six seasons at the helm, he led the Buffs to a 92-83 record, and recently against rivals CSU, he completed his 100th win in charge of the Buffaloes.

Colorado holds a 12-4 record this season, with only one home loss against Stanford, but Mahoney is no stranger to good starts. Last year the Buffaloes had an unbeaten 9-0 start to the season, but in conference play, CU’s final record was 6-14. There seem to be two apparent challenges for Mahoney this season, improving the away record, and turning this team from pretenders to contenders. This year the players Mahoney has at his disposal have the experience and the talent to achieve both.

Unsurprisingly, one of Mahoney’s main challenges this season is improving the away record. Volleyball has a huge home factor, and after every set, the score zeroes, a new opportunity for the fans to rally behind the players. Every scoring run will fire up a crowd, and in a game in which every mistake is crucial, a hostile crowd will bring those mistakes out of any individual, and they can and will decide games. Mahoney knows this better than anyone. In his command, the Buffs have had difficulty on their travels. Only in 2017 has his team managed more wins than losses away from home, and in 2020 the Buffaloes went 0-9 on the road.

Every team will lose away games in this sport. Volleyball’s unforgiving nature ensures that, but this is also why fans can make a difference. If fans go to show our support and create a winning environment, then, no matter how good, teams will struggle in Boulder, and there is no better way to motivate our players than by going to the match and supporting them during every point.

In this year’s battle for the Golden Spike against fierce rivals CSU, the difference the home support made was palpable, with 3,695 people in attendance, the third largest crowd in CU volleyball history. Down by two sets, the fans got behind CU, the players felt it, and came out victorious in an incredible reverse sweep.

“[We] fed off the energy that was in the gym that really helped us turn it around. I would just say that I’m really looking forward to the season now,” said junior outside hitter Maya Tabron after winning the Golden Spike. “I really am looking forward to those big Pac-12 games, and I hope we can get a crowd like this again. I think that since we had such an exciting game like the reverse sweep, I hope that that kind of draws more people in as well.”

This year can be a volleyball year here in CU, but they will need our support to do it, as Hart put it after the match against CSU.

“I’ve been here for a while, and I’ve never seen it like that before,” said Hart. “Knowing we have the support from this student body means a lot, so we want to play harder for them and for the school and just represent CU.”

The next challenge for the Buffaloes will be the Washington State Cougars at 5 p.m. on Friday, Oct. 14, at the CU Events Center.