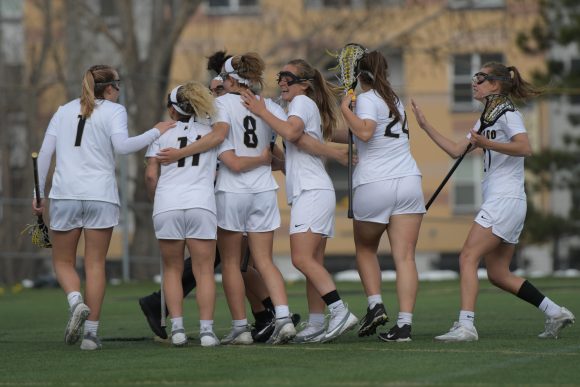 The Colorado Buffaloes have been defeated in a 15-8 battle at their home territory of Kittredge Field by the No. 17 USC Trojans. Fifth year attacker Sadie Grozier continues to be the focal point of this Colorado offense as her team-leading goal count increases to 38 after she scored four goals in this contest. Head coach Ann Elliott Whidden explained the struggles that CU had against the Trojans.

“They (USC) are a good defensive team,” Whidden said. “They’re disciplined in what they do. They don’t give you a lot of space and opportunities to execute. They put pressure on you in a small space. We’ve had trouble in the past scoring goals against them. We had trouble today and that played out in the end.”

This being the Buff’s fourth loss of the season, all four of their losses have come against Pac-12 opponents. Two losses from USC, one loss from Stanford, and another loss from ASU places CU in fourth place in the Pac-12 standings despite their overall record of 9-4. Although Stanford and ASU each have six overall losses on the season, each team only has two losses against Pac-12 opponents, ranking them above Colorado.

Colorado’s ball control on offense looked more out of shape than usual, as they turned the ball over 15 times in comparison to the Trojan’s 10 turnovers. USC used these five additional offensive possessions as an advantage, as they shot the ball a total of 36 times, 27 of which were on goal. The Buff’s only amounted 26 shots (16 shots on goal) throughout the game as they spent the majority of the time on defense. Senior attacker Charlie Rudy admired the team chemistry that the no.17 ranked team in the nation showed.

Although Grozier and Rudy continue to be the source of offensive production, fifth year attacker Sam Mcgee, sophomore attacker Morgan Pence, and senior attacker Chloe Willard have also chipped in offensively as they’ve played in all 13 games alongside Grozier and Rudy.

McGee currently ranks third in goals for Colorado with 24, just under Grozier’s 38 and Rudy’s 27. Pence has been extremely impressive this season for the Buff’s, considering she has the fourth most goals scored (20) without starting a game this season. In addition to her helpful six assists this year, Pence currently leads all Buff’s that have a minimum of nine shots on goal this season, in shot on goal percentage at .854 percent. Willard leads CU with her 11 assists, while also having the fifth most goals scored (19) and ranking third in total points (30).

The Colorado Buffaloes will look to gain ground in the Pac-12 standings in their upcoming matchup against the Arizona State Sun Devils, taking place on April 17 at 12:00 MST in Boulder.