Taylor Swift reclaims the meaning of “Red” in her directorial debut 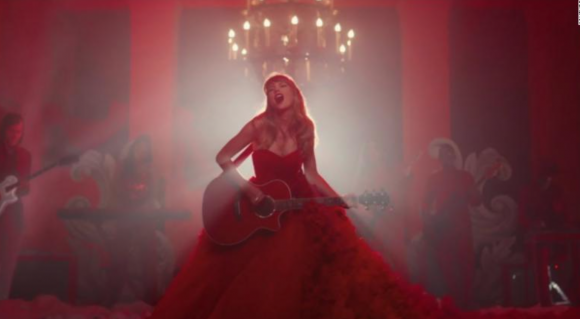 Taylor Swift in red. (Taylor Swift, “I Bet You Think About Me,” via YouTube)

The queen of putting her heart on her sleeve, singer-songwriter Taylor Swift, released a new version of her iconic 2012 heartbreak album “Red” on Friday, Nov. 12. Now, her take on red, the color and album both, have matured.

Swift rerecorded the tracks nearly a decade later, well past the heat of that heartbreak. This is the second album the singer-songwriter has rerecorded, the first being “Fearless (Taylor’s Version).” Swift plans to continue to revisit her past albums as a result of her past record label, Big Machine Records, selling her catalog.

In 2012, she explored the multifaceted associations of the color red in her album: luck in “The Lucky One,” fiery love in “Red,” rage in “We Are Never Ever Getting Back Together,” longing in “Come Back…Be Here” and heartbroken nostalgia in “All Too Well.”

Over the past nine years, Swift had the chance to heal and in her own time, reclaim her heartbreak as strength. The visual adaptations of these rerecorded songs feature similar red themes. From hair color and lipstick to the lighting in both videos, Swift uses the color as a symbol of strength.

Swift’s directorial debut, “All Too Well (10 Minute Version) (Taylor’s Version)” features Sadie Sink from “Stranger Things” and Dylan O’Brian from “Teen Wolf”. The pair star as versions of Swift and Jake Gyllenhaal, the ex-boyfriend and subject of the song. 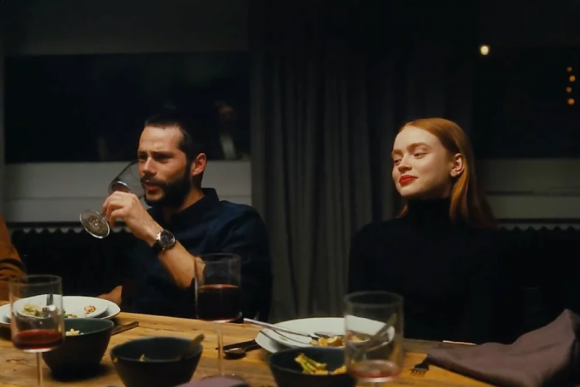 O’Brien talking to friends, while Sink is ignored. (Taylor Swift, “All Too Well”, via YouTube).

Notably, Swift’s decision to cast Sadie Sink, who has red hair, as the character based on herself reflects her own inner fiery power, even in the moments when she felt disempowered. The meaning of the color and the long locks never left, but simply changed over the years. Swift uses the similarities between herself and the younger actress to show those changes and how she has evolved from the character the audience sees in the film.

At a point in the short film where Sinks writes on a red typewriter, Swift uses that imagery to reflect the power of self-expression, as Swift sings, “I’m a crumpled-up piece of paper lying here ‘cause I remember it all too well.”

This juxtaposition is empowering: Sink’s character is turning her rage into art, uplifting Swift’s lyrics. The red typewriter is solely hers, giving her a space to enlighten the audience with her exquisite candidness. 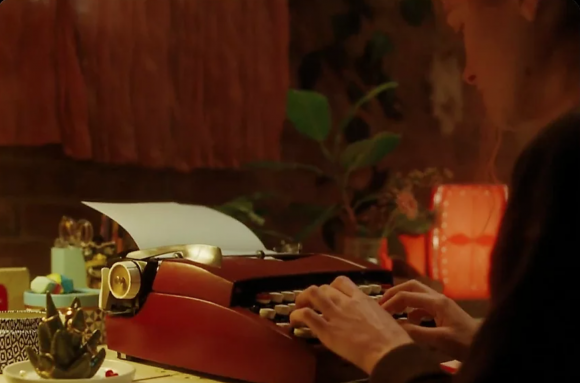 Red typewriter. (Taylor Swift, “All Too Well,” via YouTube)

The use of red lipstick and garments also reinforces this idea. For example, Sink’s lips are the brightest color in the room during the segment of the short film titled “The First Crack in the Glass.” This scene is the only one without music, where Sink and O’Brian argue about his disrespect toward her at a dinner with his friends. Sink stands up for herself when O’Brian gaslights her, responding, “You’re the only one that makes people comfortable and you won’t even look at me.”

The red emphasis on the actress’s lips highlights her words. The writing of the scene is not poetic, like the song lyrics, but had a conversational tone that viewers can relate to. It could be easy to tune this part out, but the red lipstick choice forces viewers to pay more attention to the woman’s side of the story. Yes, this color is not as potent as in the following music video, but neither was Swift’s ability to see she deserves more at the stage in her life.

O’Brian’s character, on the other hand, never touches or wears anything red aside from a scarf, reflecting he has no power over her. The color matured into an honor, one O’Brian’s character does not deserve. This is a message for women of every age: Men do not own you. You are strong.

Swift uses the visual metaphor of that red scarf, present in the lyrics of her music and on camera, to show the original spark of passion from the beginning of her relationship and eventually a symbol of self-empowerment. It reappears in “I Bet You Think About Me (Taylor’s Version)” as that symbol.

Red lighting is introduced in the short and then amplified in Lively’s “I Bet You Think About Me (Taylor’s Version).” It first appears as a glimmer of hope lurking over Sink, the hope being a happier future, perhaps without O’Brian. She does not see it yet, but that is human. Sometimes we are blinded by what we want to see. The lighting comes closer to the screen in the segment “Thirteen Years Gone,” where an older version of Sink’s character, now played by Swift, reads a book and is engulfed by red lighting. 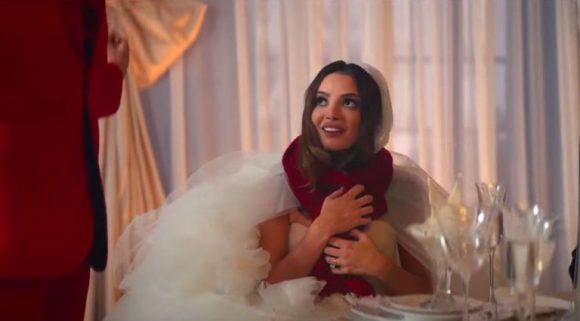 The red scarf as a gift. (Taylor Swift, “I Bet You Think About Me,” via YouTube)

Throughout “I Bet You Think About Me (Taylor’s Version),” Swift is dressed in red from head to toe, except during one silent scene where she intimately dances in a white wedding dress with actor Miles Teller.

Swift gifts her renowned red scarf to the next victim in the groom’s relationship, Teller’s bride. Swift gives the gift of power, a reminder to the character and audience to let go of the past and help our future selves. Passing along the accessory was also a gift to Swift herself- there is power in setting a part of yourself free.

Swift entertains the intimacy of her past romance, but once “now that we’re done” is sung, the once exclusively white dress magically gains red roses, transforming into a symbol of red. The power of her worth acquires the tender thought. It is human to long for a past emotion, but Swift exhibits her strength to put herself first as the red comes back into the frame. A white linen backdrop is lifted, revealing the strongest of the red lights viewers have seen in either video. By this point, Swift is her most confident.

Swift’s venture into her past through the visual medium is admirable.  Swift took her story back in a classy and progressive way. In the end, in spite of toxic relationships and heartbreak, this new body of work shows she has emerged stronger and reclaimed her power, her red.