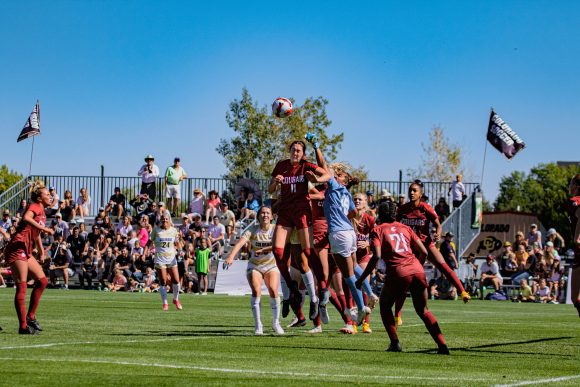 For a third consecutive game, the University of Colorado soccer team came out firing in the first half. Unlike their previous games, though, the Buffs failed to turn their early scoring chances into goals. With the offense unable to score a goal, the defense caved in the second half as CU fell to Washington State 2-0 at Prentup Field on Sunday, Oct. 3.

With the defeat, the Cougars (9-1-1) hand the Buffs (6-4-1) their first Pac-12 loss of the season. Meanwhile, the Cougars stay undefeated in conference play as they continue to ride the wave of a six-game win streak to the top of the Pac-12 conference standings.

“Over the ninety minutes, we didn’t do enough to deserve a result,” said head coach Danny Sanchez. “We have to look at ourselves and what we can do better because we are off to the LA schools next week, and we have to be ready to go.”

CU and the Washington State traded first-half blows, with both sides generating solid scoring chances. Both teams’ goalkeepers were up for the challenge, as the Buffs junior goalkeeper Dani Hansen and the Cougars freshman goalkeeper Nadia Cooper saved three shots each in the first half.

One of the most spectacular saves of the half came when senior Gabbi Chappa fired a long shot towards the upper part of the goal. Cooper elevated and made a stunning save to block the shot over the net, but she collided hard with the crossbar in the process. Cooper dropped to the ground, and it appeared like she might need to be removed from the game. After a few minutes, she collected herself and stayed on the field. Cooper would go on to finish the day with a clean sheet and five saves.

“Credit to their goalkeeper,” said Danny Sanchez. “I thought she made two good saves in the first half. That probably would have changed the game. In Pac-12 games, those are the little moments, but we can’t have defensive breakdowns like we did and expect to get results in the Pac-12.”

At the 58th minute mark, the most crucial defensive breakdown happened for the Buffs. Colorado defenders failed to get back quickly on transition as a kick from Washington’s Cooper found senior forward Elyse Bennett open downfield. Bennett galloped down the field with no defenders in sight and tapped the ball past a diving Hansen to give the Cougars the lead.

“We talked about how you have to stay turned on all the time,” said Sanchez. “We didn’t have numbers behind the ball, and it is just a goal that you can’t give up. It is a goal that Washington State is going to get. We talked about it, and they still got it. It is on the coaches to get our team better prepared to deal with it.”

In the 72nd minute,  sophomore forward Alyssa Gray doubled the lead for the Cougars. The goal, however, came with a fair bit of controversy. The CU coaching staff adamantly argued with the officials that Gray was offsides when she received the ball, a fact that seemed to be confirmed by the video. However, with no official replay available, the goal stood as called—much to the chagrin of the Buffs bench, which was issued a yellow card for their troubles.

“It was a bit of a backbreaker,” said Sanchez. “With 20 minutes to go, it would be tough to get something out of the match. But you have to be honest with yourself it wasn’t our best performance.”

CU will hope to regroup from the loss this week as they travel to California to play USC and UCLA on the road. The Buffs will play USC on Thursday at 5 p.m. MST, and they will wrap up their road trip with a Sunday afternoon game against UCLA on Sunday at 1 p.m. MST. 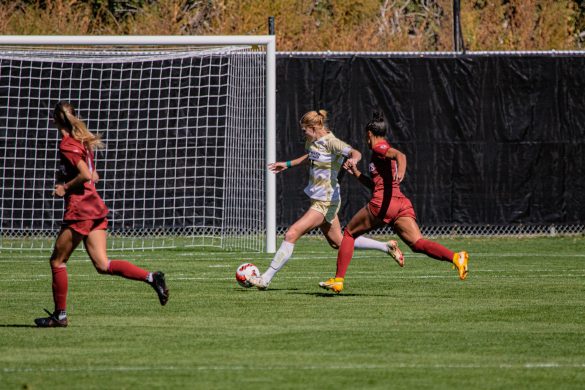 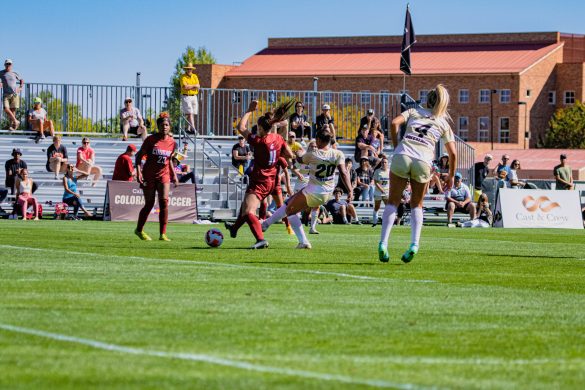 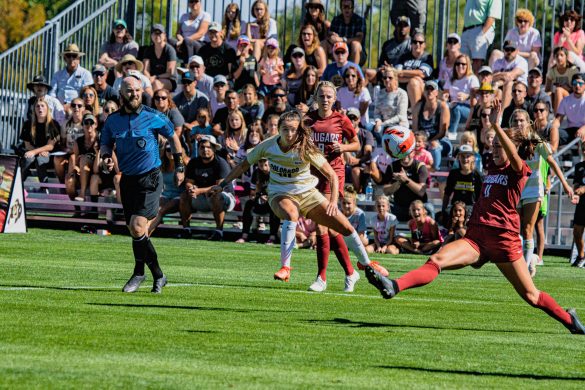 Midfielder Shanade Hopcroft shoots the ball during the first half against the Cougars. Oct. 3, 2021 (Hannah Miller/CU Independent) 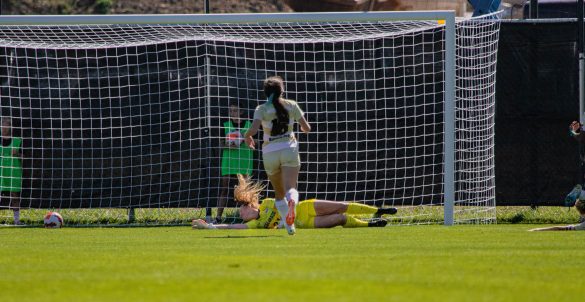 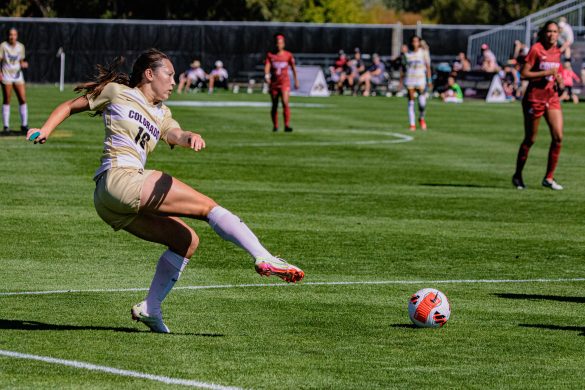 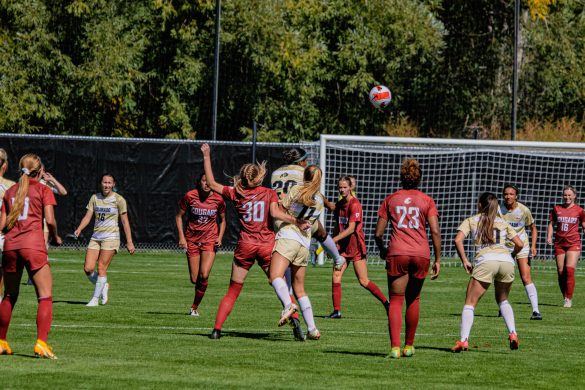 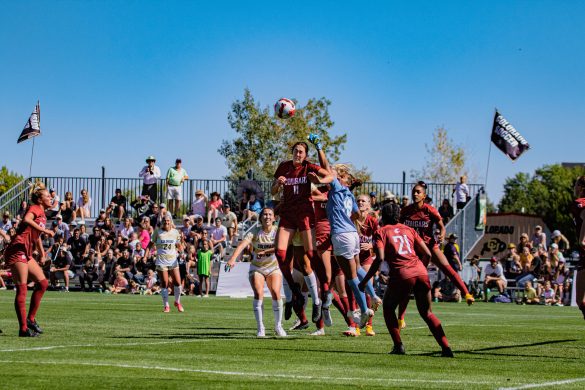