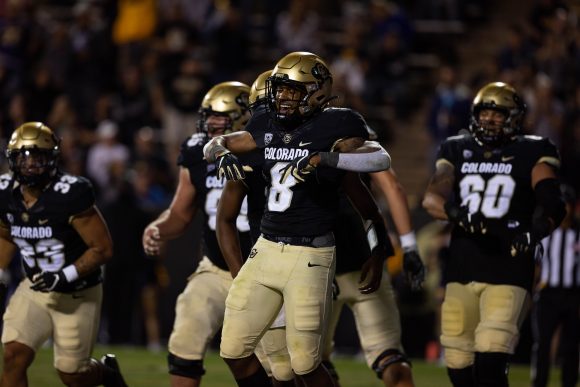 Fresh off a week one rout of Northern Colorado, the CU Buffs are set for possibly their fiercest challenge this season when they square off against No. 5 Texas A&M. The Sept. 11 matinee game will be nationally broadcasted on FOX with kickoff time of 1:30 p.m. MST at Empower Field at Mile High in Denver. This is arguably a season-defining game for CU in just the second week.

As the two former Big 12 prepare to meet again, Colorado leads the head-to-head matchup 6-3. However, A&M is coming off an incredible 2020 season, going 9-1 and capping it off with an Orange Bowl victory over then-No. 13 North Carolina.

Week one posed little threat in both Colorado and A&M’s respective games. Colorado cruised past in-state foe Northern Colorado, 35-7, while A&M put on an offensive show, beating Kent State 41-10. The Buffs did look shaky in the first half against UNC, struggling to put points on the board against an impressive Bears defense. Sticking to its high-powered run game could be key for CU with the likes of sophomore tailback Jarek Broussard. Additionally, freshman quarterback Brendon Lewis got his first career start out of the way on Friday and said he is looking to improve his reads in the pocket.

In the battle of A&M’s high-powered offense versus Colorado’s improving defense, a Buffs’ win could grant a strong argument for a top-25 ranking.

“You want to go into the game and treat it like week two, coming off a good win last week and wanting to expand on that,” said senior inside linebacker Nate Landman. “There’s that added big-game feeling, playing in the Broncos stadium and a top-10 team. The biggest thing for us is just to treat it like a game that can put us back on the map and this program back where it used to be.”