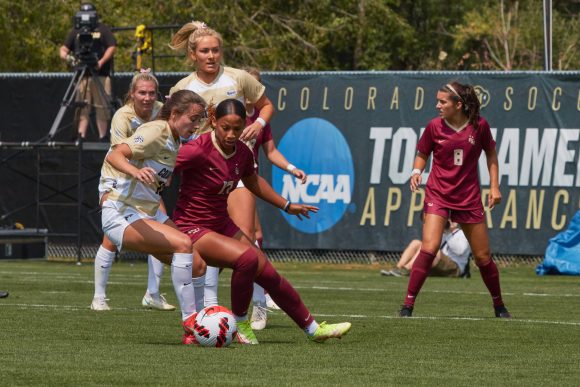 On Sunday afternoon, Aug. 29, the No. 1 Florida State Seminoles made the long trip to Boulder to play against the University of Colorado soccer team. They were greeted by a packed house of 2,536 fans at Prentup Field to witness the Buffs attempt an upset victory.

The crowd, which was the third-largest in program history, brought the noise and was rewarded with a stellar match in which CU went toe-to-toe with the defending national runner-up. However, despite the Buffs’ best efforts, the Seminoles (4-0-0) were able to escape with a 2-1 victory over Colorado (2-1-0). 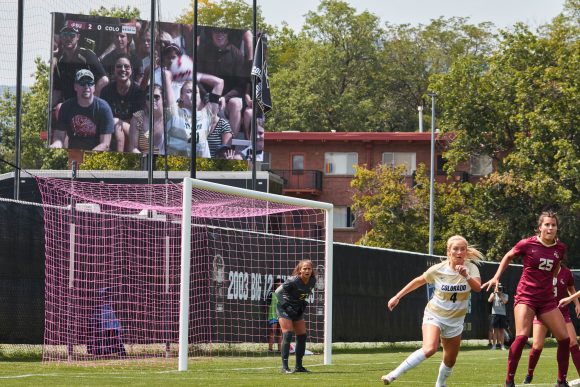 “This (Florida State) team is a very good team,” said CU head coach Danny Sanchez.  “I thought we gave ourselves a chance. If you told me we were going to have a chance at the end I would take it. We didn’t have enough today but we will take the positives from it.”

Throughout the game, the Seminoles’ play was befitting of one of the best teams in the country. Their passes were precise and their attack was relentless. The Buffs’ defense was up to the challenge, though, as CU players routinely snuffed out Florida State opportunities to keep the game scoreless early on.

It was a 10-minute stretch in the second half that ultimately proved lethal for the Buffs. Florida State’s Kirsten Pavlisko opened the scoring in the 54th minute and Gabby Carle followed that up with another goal in the 64th minute to give the Seminoles a 2-0 lead.

“It would have been very easy to hang our heads and mail it in at that point,” Sanchez said. “I thought that maybe (for) five minutes we did hang our heads for a little bit. But then we started to get a little momentum and we changed our tactics.”

The Buffs saw the results of those changes in the 71st minute when junior midfielder Jade Babcock-Chi served a ball into the box that was headed by junior midfielder Allie Palangi towards the goal. The crowd erupted as the ball scorched past Seminoles’ goalkeeper Mia Justus to bring the Buffs back in the game, 2-1. 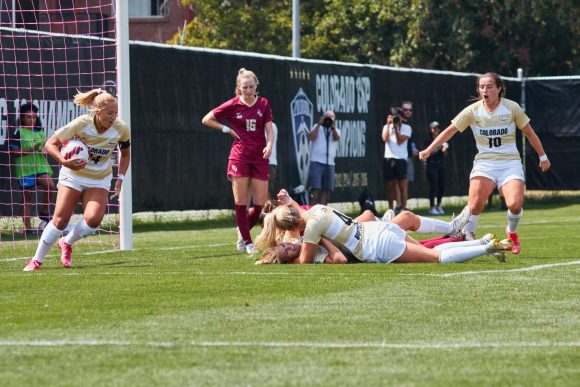 “What a fantastic goal,” Sanchez said. “A hold-up play from (junior forward) Tessa (Barton), (a)  great serve from Jade and Allie- we talk about being brave, that is brave. Throwing her body and her head to get that goal and all of sudden it is game on.

Following the goal, the Buffs looked completely rejuvenated. For the final twenty minutes, CU pushed the Seminoles to the brink and generated a few dangerous chances in the box. But the equalizer goal was never found.

Colorado won’t have too much time to rest before its next match on Thursday, Sept. 2, in Fort Worth, Texas against No. 6 TCU. Later in the week, CU will host Stony Brook, out of the America East Conference, on Sunday at 4 p.m. MST. 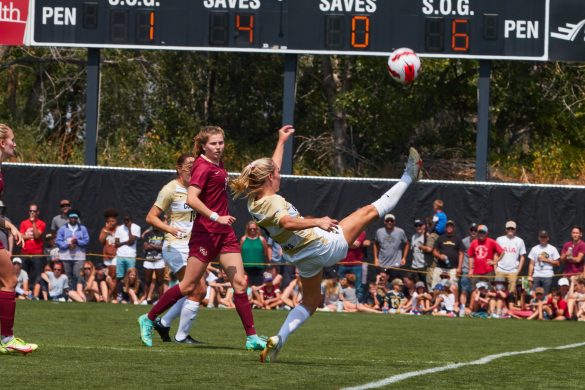 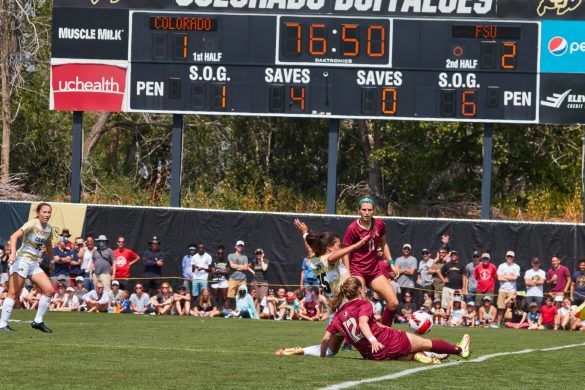 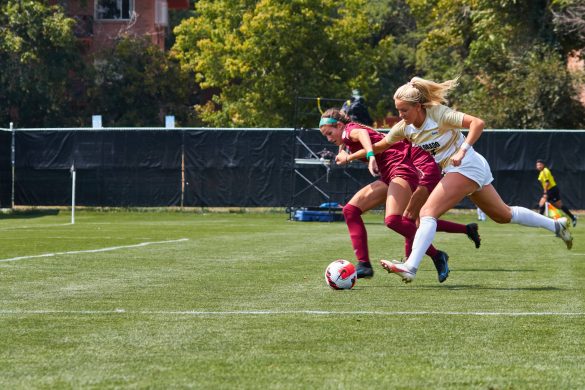 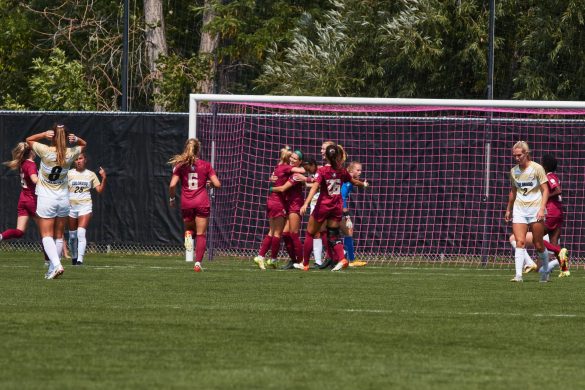 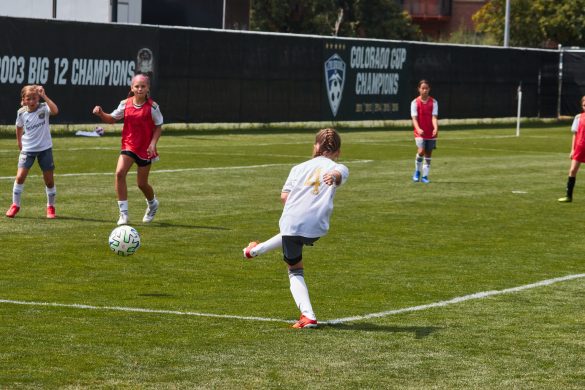 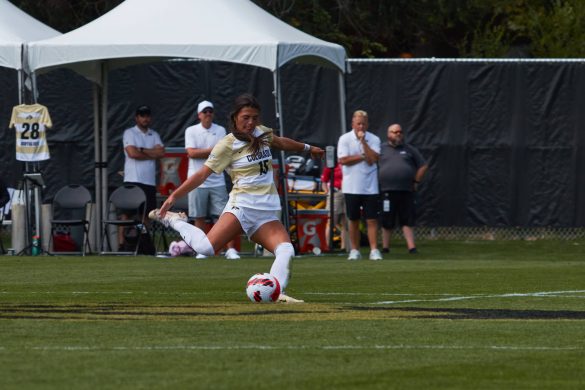 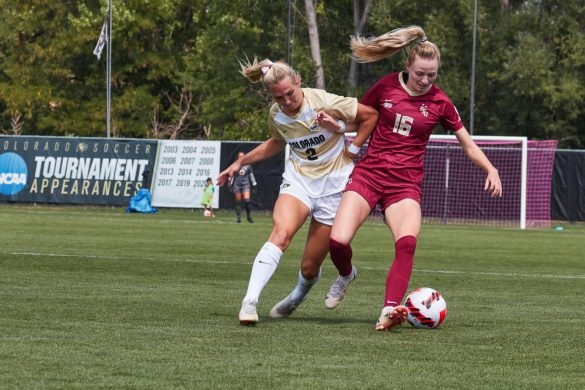 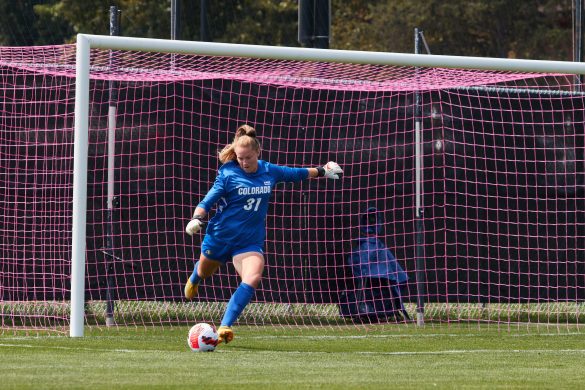