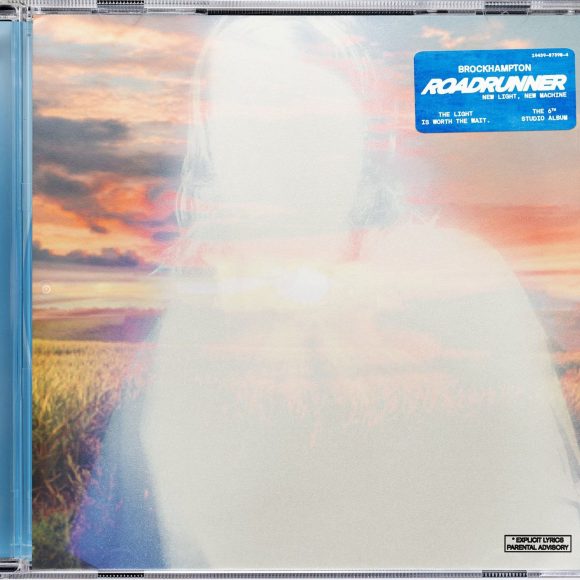 Brockhampton’s “ROADRUNNER” (Courtesy of Question Everything)

Brockhampton has dominated the hip-hop scene since their breakout album, “SATURATION,” was released in 2017. After a meteoric rise to fame fueled by five brilliant albums, the 13-member boyband is coming to an end, but as expected, they’re going out with a bang. Their penultimate record, “ROADRUNNER: NEW LIGHT, NEW MACHINE,” released on April 9, begins Brockhampton’s farewell with their most diverse and experimental release to date.

On their previous albums, the boyband focused on one theme and musical aesthetic. “IRIDESCENCE”’s experimental and jarring tracks captured the darkness and pain associated with fame and childhood trauma. The “SATURATION” trilogy’s quirky and sometimes childish production resembled a daydream, where each member pretended to be their ideal selves. However, on “ROADRUNNER,” they expand to various aesthetics. Deeply personal ramblings resembling tracks from “IRIDESCENCE” are contrasted by futuristic high-energy beats, fiery verses and love songs akin to “SATURATION.” It seems like the group wants to give their fans a little bit of everything before they ride off into the sunset.

On the album’s opening track, “BUZZCUT,” rapper Danny Brown joins Brockhampton for a multifaceted collaboration. The track exemplifies the album’s diversity as a whole — high-energy beats with little room for breath, paired with euphoric and low-key, feel-good moments, each complimenting the other and creating a sense of balance. In the verse, Kevin Abstract’s sassy yet hard-nosed vocal performance oozes self-confidence in the face of adversity. Then Brown enters, matching Abstract’s energy with intense lyrics about “blood like red paint spills” and “clutching my heat,” referring to violence and firearms. Later in the song, vocalists Joba and Jabari Manwa wrap up the track with a calming beat-switch and beautiful vocals.

After several of these light-hearted tracks, “ROADRUNNER” takes a darker turn. On “THE LIGHT,” Joba shares the heart-wrenching story of his father’s suicide over whining electric guitars and a classic rap beat. Joba’s lyrics are raw and painful — they’re the ramblings of someone who needs an outlet to help process their trauma. “Think I always will be haunted by the image / of a bloody backdrop, skull fragments in the ceiling / Felt your presence in the room, heard my mother squealing,” the artist spits. The track is chilling, almost difficult, to listen to. Yet, in a way, it’s also cathartic, as Joba lays bare his inner anguish and pain.

After this dark turn, “ROADRUNNER” pivots back to more light-hearted tracks. One of these tracks is “I’LL TAKE YOU ON,” featuring vocalist Charlie Wilson. The track is a passionate love song about begging a partner for a second chance, filled with heartfelt vocals and a sensual beat. “I need you by my side every day, every night / If your love is true then just prove that it’s right, yeah,” rapper Matt Champion pleads. “No matter what you do, I need you in my life / Baby, let’s do it right.”

Overall, “ROADRUNNER” is a brilliant and bittersweet album — a strong release that Brockhampton may have trouble topping with their final farewell album. However, the boyband has a habit of exceeding expectations. After all, creating a cohesive sound with 13 independent band members is a feat in itself, not to mention their rapid rise to fame and continued success that has surprised the music industry and critics alike.

No matter what Brockhampton’s final record brings, it’s been fun to watch a group of misfits from Texas shine. Whatever follows “ROADRUNNER” will surely be a fitting ending.