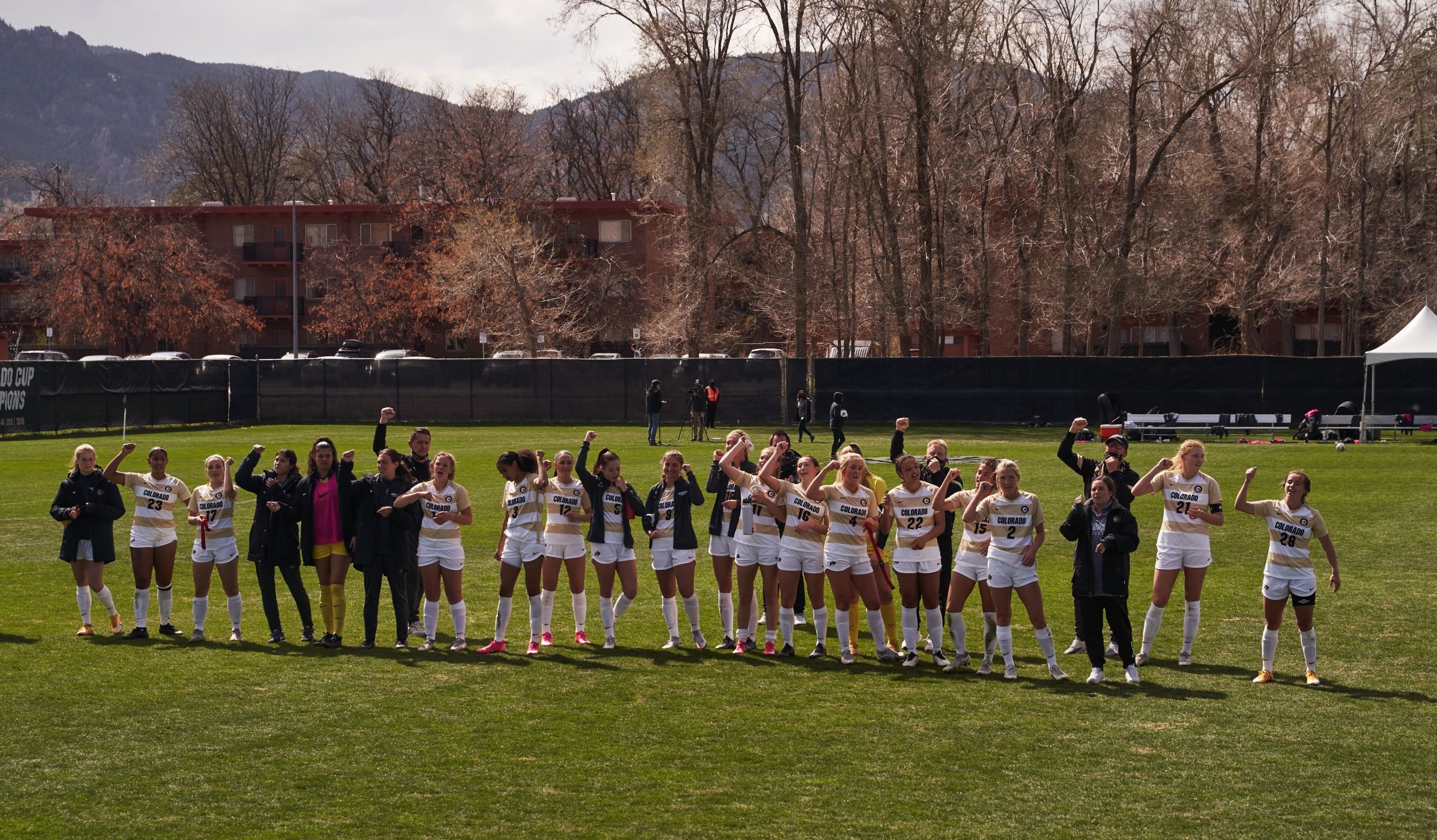 The Buffs line up facing the crowd to celebrate their win at Prentup Field. April 11, 2021 (Jackson Fox-Bland/CU Independent)

On Sunday, the University of Colorado soccer team had a must-win game on its hands against the No. 17 Arizona State Sun Devils. With a scoreless double overtime draw against Arizona on Friday, and the regular season rapidly coming to a close, the Buffs now found themselves with their backs against the wall. One way or another, CU had to find a way to beat the Sun Devils. Failure to do so would likely end any hopes at CU making the NCAA tournament.

If the Buffs felt any pressure it didn’t show. CU established a strong tone early and never looked back. Sophomore defender Alyssa Duke and freshman midfielder Shyra James each scored and carried the Buffs to a critical 2-0 win over the Sun Devils at Prentup Field. With the win, CU improved to 4-4-2 in the Pac-12 and 8-5-2 overall. The win also allows the Buffs to leapfrog Arizona in the Pac-12 standings as the Wildcats fell to Utah.

Arizona State, who entered this weekend at second in the Pac-12, will now return to Tempe with back-to-back losses and a 4-3-2 Pac-12 record.

“Big win today for the Buffs,” said head coach Danny Sanchez. “You can see the quality of Arizona State (in) their attacking players and they are quality all over the field… It puts us in a very good position to have everything to play for next Friday against Utah for Senior Day.”

In CU’s game against Arizona on Friday, the Buffs’ offense showed signs of life but wasn’t able to get the ball into the goal. On Sunday, CU continued to build on its strong play from Friday. From the jump, the Buffs played with an intensity and energy which the Sun Devils couldn’t seem to match.

CU had a few qualities looks early in the game, both coming from James. She had a quality chance in the third minute but the shot went wide left of the goal. In the 13th minute, senior defender Haileigh Adams sent a crossing pass from the right side of the goal into James. James headed the ball but hit it just a little too hard and instead of landing in the goal, the ball landed on top of the goal.

It really wasn’t until near the 21st minute that things really heated up for the Buffs. It began on a corner kick which found sophomore forward Tessa Barton in the middle of the box. Barton redirected the ball towards the upper middle part of the goal but ASU’s goalkeeper Giulia Cascapera jumped and knocked the ball over the goal.

In the next couple of minutes, the Buffs attempted three corner kicks. On the third and final corner kick, a ball served in by senior midfielder Shanade Hopcroft got to junior midfielder Kaileigh Webb whose shot was blocked by the body of an ASU defender. The deflection found the foot of James who launched a strike at the lower right corner of the goal. Cascapera again made a great save as she dived to her right to prevent a goal. 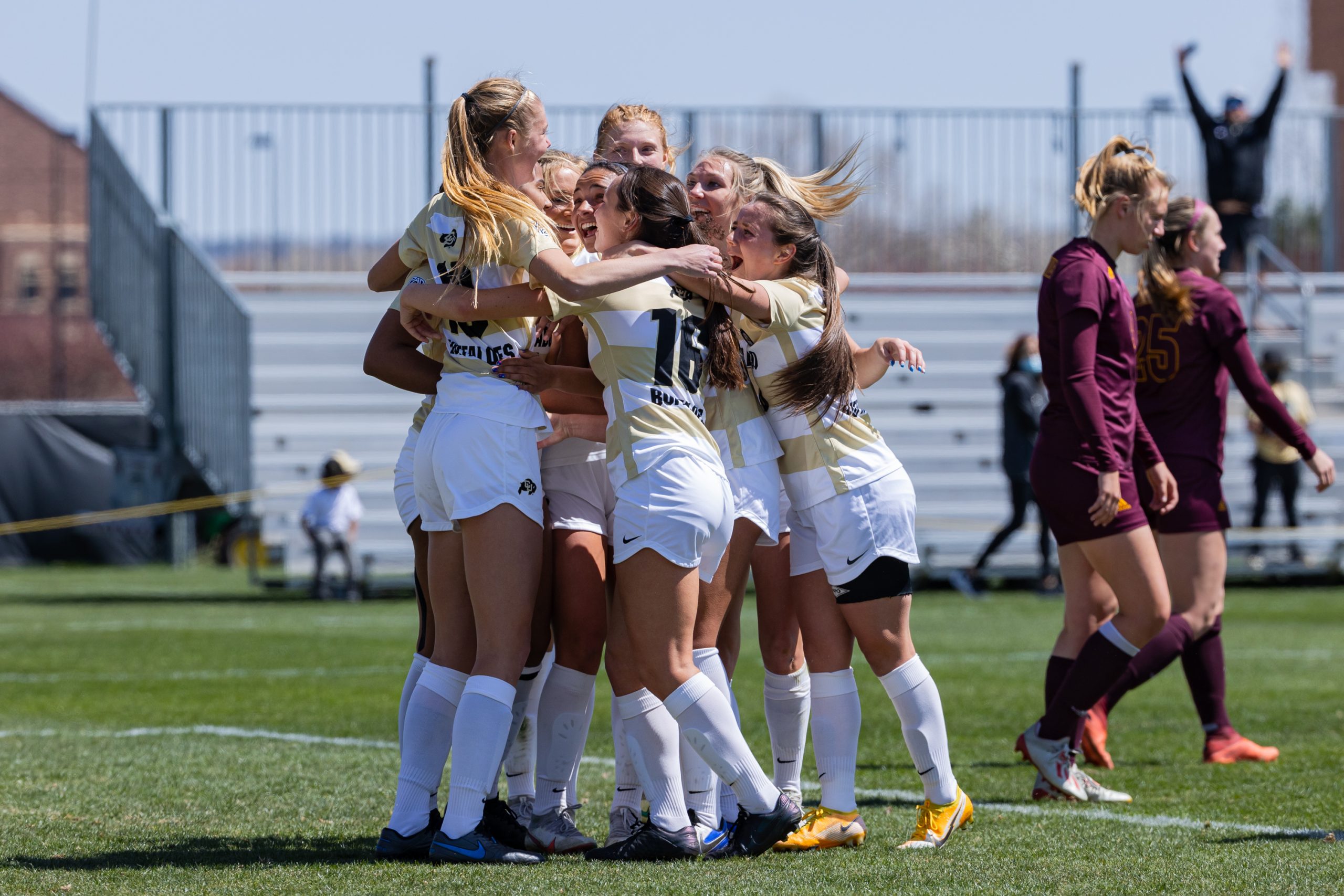 At this point, although the Buffs had yet to score, it was clear that the Sun Devils wouldn’t be able to hold off CU’s strong offense attack forever. As the clock ticked into the 35th minute, the Sun Devils finally faltered. A corner kick by Hopcroft was crossed directly into the box and Duke jumped up and the ball connected with her head. Cascapera had no chance at a play as the ball entered the net to give the Buffs a 1-0 lead. The goal ended CU’s four-game streak without a goal in the first half. It also marked Duke’s first goal in her collegiate career.

Coming out of the half, the Buffs didn’t let up on the Sun Devils. Just three minutes into the second half, a pass by Webb made its way through the box and found James on the right side of the goal. James collected the ball and while falling to the ground, fired a shot to the far left side of the net. Cascapera, who was on the opposite side of the goal, tried to extend her hand to block the shot but it still got by her. The goal gave the Buffs a strong 2-0 lead and was James’ team-leading fifth of the season.

“I think the key was the first goal, but really the key was the second goal,” Sanchez said. “For Shyra to get that one really allowed us to sub more freely and to keep bodies behind the ball.”

The remainder of the game was mainly spent with the Buffs defending. CU and sophomore goalkeeper Dani Hansen stood strong for the final 40 minutes and secured the 2-0 shutout of Arizona State. Defense has been a strength all year for CU as the team has now recorded three consecutive shutouts and eight total on the season.

Hansen was once again a force in the net as she picked up five saves. Those five saves move her season save percentage up to .888. If Hansen holds on to that save percentage next week against Utah, it would be the single season record for a CU goalkeeper with at least 10 games started.

The Buffs are now set up for an important regular season finale on Friday against Utah. The game will not only hold weight as a rivalry game, but a win against the Utes could also help in a much-desired NCAA tournament bid.

“Going into Friday against Utah, we ultimately have to win,” Duke said. “I think it is going to be a focused week of training and just trying to come out with a result at the end of the day on Friday.”

That game against Utah will take place at Prentup Field at 3 p.m. MST. 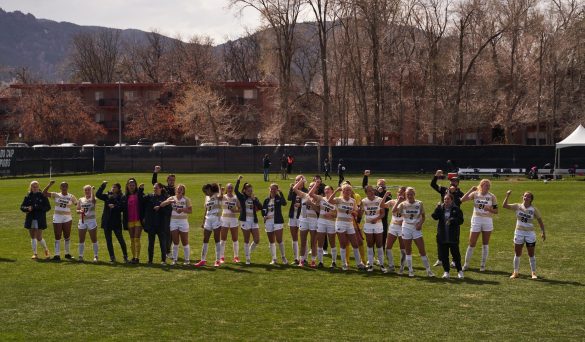 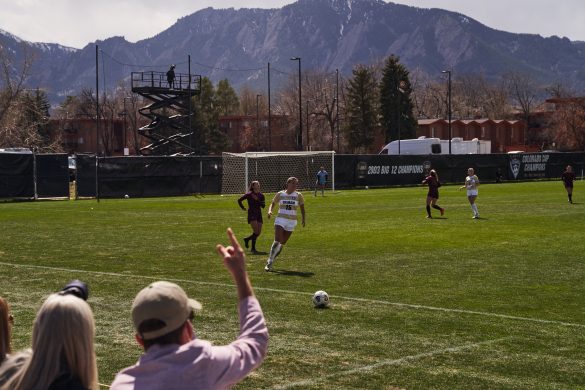 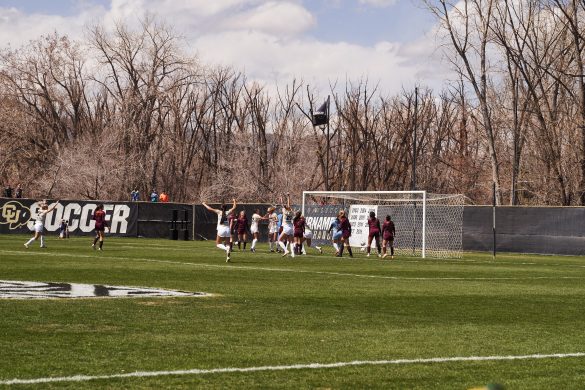 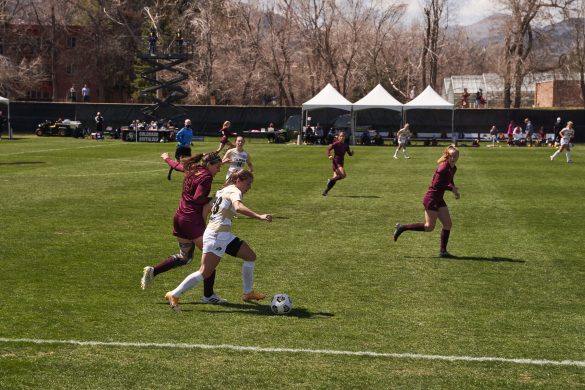 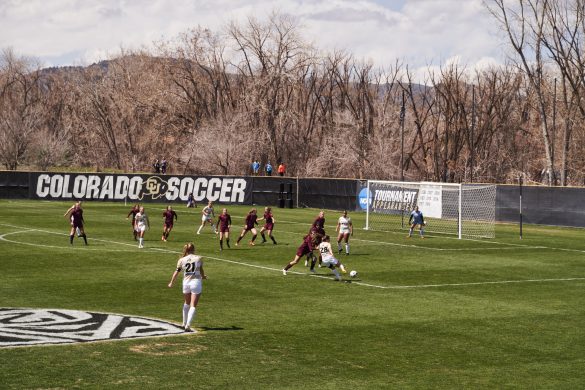 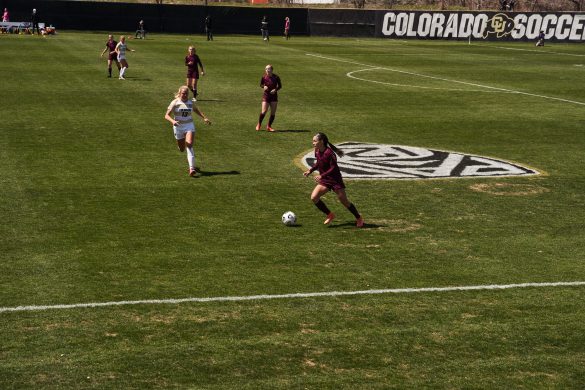 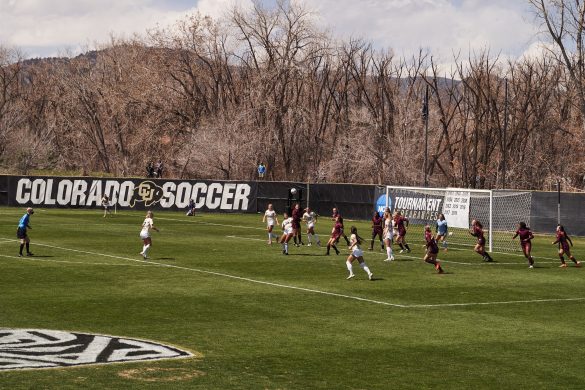 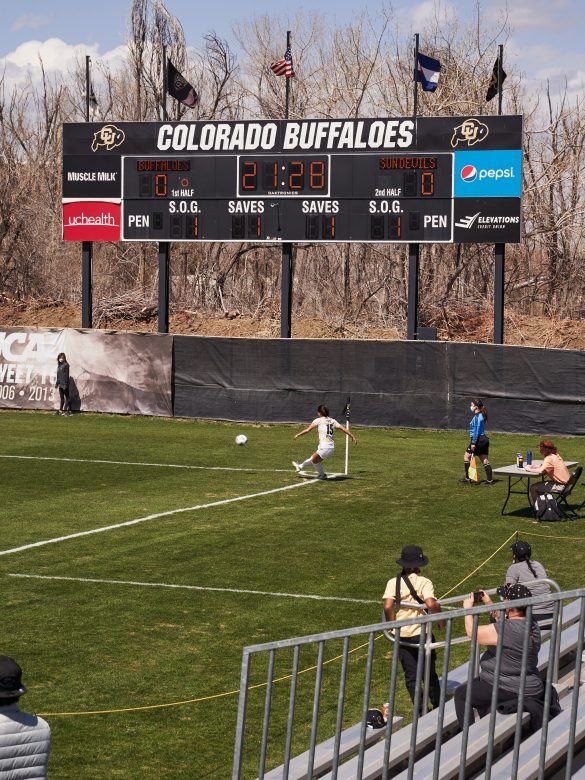 Defender Lawson Willis with the corner kick towards the start of the game at Prentup Field. April 11, 2021 (Jackson Fox-Bland/CU Independent) 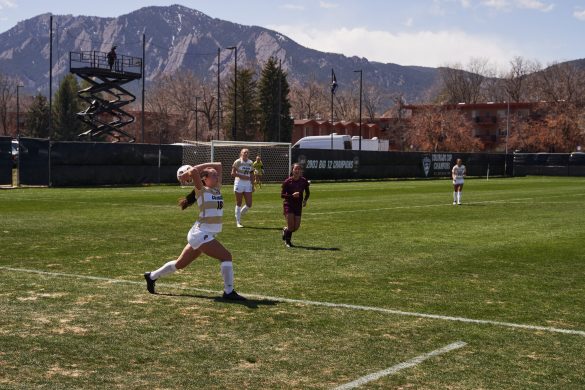