To celebrate the Asian American and Pacific Islander community, the CU Independent arts staff picks their favorite releases by Asian artists during the pandemic. The full playlist, “Celebrating Asian Voices,” can be found here. 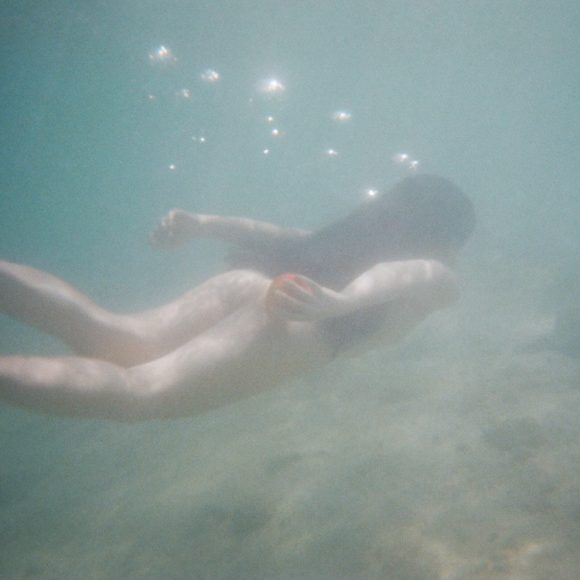 A young girl escapes to the isolated island of Adan, leaving behind her inbred tribe. On Adan, she discovers silent inhabitants, who communicate by trading shells. This is the plot of “Windswept Adan,” a concept album created by Japanese singer-songwriter Ichiko Aoba. “Windswept Adan” is Aoba’s most innovative, ambitious release to date, reinventing her minimalistic folk sound with lush instrumentation and subtle electronics.

Since her debut in 2010, Aoba has been primarily known for her ethereal vocals paired with classical guitar, though she also plays piano, clarinet, accordion and flute. On her six previous albums, including “0” (2013) and “qp” (2018), Aoba gathered a cult following in Japan with her signature stripped-down folk sound. However, with the release “Windswept Adan” on Bandcamp last year, Aoba has finally reached a wider English-speaking audience.

“Windswept Adan” sets the scene with a pensive “Prologue,” featuring an ambient drone and the faint crashing of waves on the shore. “Porcelain” builds a denser texture with a plucked guitar and an airy flute, overlaid with bell-like and harp-like electronic sounds. “Easter Lily” harkens back to Aoba’s earlier stripped-down sound, showcasing her delicate vocals. Then, “Parfum d’étoiles” offers an instrumental interlude with chirping birds and colorful, expressive piano melody with touches of Joe Hisaishi, jazz and Debussy. The final track, “Adan no Shima no Tanjyosai” (Celebration of the Birth of Adan Island), opens with a resonant, rich cello and guitar duo, before returning to the prologue’s oceanic sounds.

Aoba shows versatility and depth on a cinematic scale with “Windswept Adan,” proving she can push the boundaries of folk music. After such a profound breakthrough into the English-speaking music scene, Aoba is here to stay. 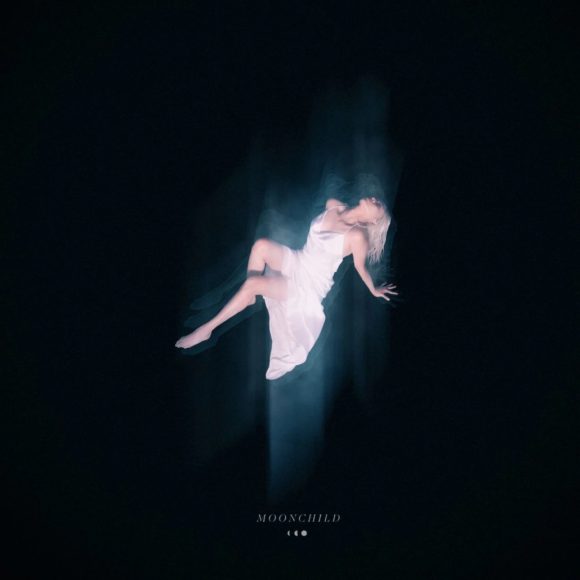 Indonesian singer-songwriter NIKI has launched herself into stardom with a very similar sound to Joji, her co-signee to the Asian-American label in 88risingyet, yet she also commands her own place on the stage. Her 2020 project, “Moonchild,” is a short conceptual album that showcases her wide range of musical abilities from contemporary R&B to cross-genre experimentations. In each of the album’s three phases, NIKI uses different styles of lyricism and production to represent the moon’s phases and her personal growth as a young woman.

The 10-track album features mainstream sounds, such as in “Selene,” which tap into the current craze of funky, horn and synth-laden 70s and 80s samples, yet NIKI also leans into her more experimental side with blown-out, alt-R&B efforts, such as “Tides,” that rival the likes of Billie Eilish and Charli XCX.

While the sonic variety is impressive, NIKI’s heartfelt storytelling makes the album particularly memorable. On the piano ballad “Lose,” NIKI explores young love, mental health and loss. “I will never know if you love me / Or my company, but I don’t mind / ‘Cause I ain’t tryna be the one,” she sings on the stripped-back track, a mature perspective on letting go of toxic relationships.

While she combines the best elements of the current pop and R&B landscape, NIKI also shows versatility and maturity on “Moonchild,” which proves she doesn’t need to focus on one aesthetic. Whether or not she chooses to expand or contract her sound on her next project, NIKI might just be the most exciting artist from 88rising to follow. 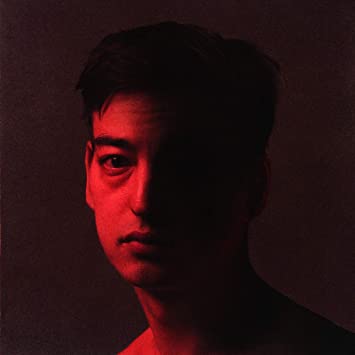 YouTuber turned singer-songwriter George Miller, better known by his stage name Joji, made his push for stardom with his second full-length album, “Nectar.” Released in September last year, the collection of spacy, emotional ballads resonates with our shared experiences stuck in quarantine.

Growing up in Japan, Miller always had an affinity for music production and songwriting. He spent his youth creating music with his friends to pass the time, a passion he continued after moving to New York City. After years of creating comedic music and YouTube content under his Filthy Frank and Pink Guy personas, Miller eventually shifted his attention to creating more serious music under the stage name Joji.

A brilliant example of the album’s overall tone is its opening track, “Ew.” Over a driving bass and guitar, Joji pours his heart out, describing the struggles of a bad breakup. “Ooh, teach me to love just to let me go / I can’t believe that I’m not enough,” he sings poignantly.

Joji set himself up for stardom with “Nectar,” his most comprehensive work so far. He seems to be pushing himself artistically to make an impact, especially with collaborations with Lil Yachty and Diplo. “Nector” proves Joji has talent, and he’s here to stay. 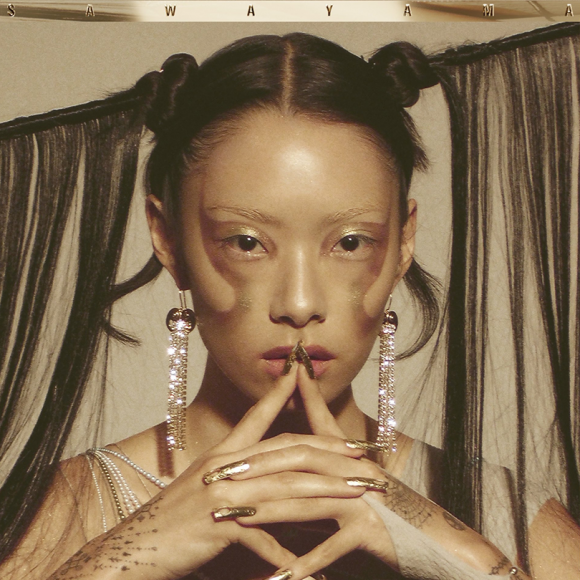 Japanese-British pop prodigy Rina Sawayama rose to stardom in 2017 with her first EP “Rina.” With a lush, textured reimagination of the 2000s pop sound, Sawayama felt like a breath of fresh air in the stagnant mainstream pop industry. Her long-awaited full-length debut “SAWAYAMA” stays true to her signature retro pop style, though it fleshes out a more refined and experimental sound.

The first impression “SAWAYAMA” is a patchwork of nostalgic 2000s sounds, pulling inspiration from many different aesthetics. However, though Sawayama unapologetically wears her influences on her sleeve, she crafts a multifaceted sound that is current and unique.

Through her orchestrated chaos, Sawayama takes significant artistic risks. Yet, those risks pay off tremendously in her stunning debut. Though the album takes inspiration from across the musical spectrum of the last two decades, it sounds nothing like any record released before it. 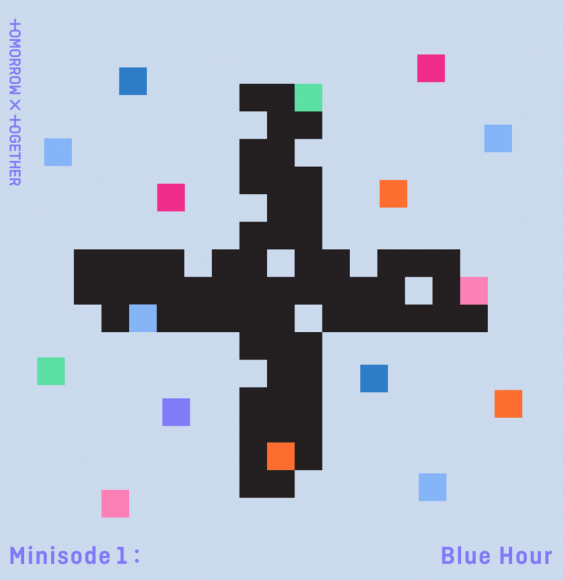 Since 2019, K-pop group Together X Tomorrow (TXT) has been rising up the U.S. charts, under the same agency as BTS. Their chart-topping third EP, “Minisode 1: Blue Hour,” written and recorded during the COVID-19 pandemic, is a timely reflection on isolation and loneliness during social distancing. However, despite the heavier lyrics, “Blue Hour” remains upbeat and energetic.

The EP opens with “Ghosting,” a nostalgic indie-rock track that describes the pain of being ghosted online. Then, the title track, “Blue Hour,” contrasts bittersweet, poetic lyrics with uptempo disco beats. TXT reminisces about watching the “glow of the sunset” on a “time machine” with a lover, knowing the “end will come” soon.

“We Lost the Summer,” co-written with British singer-songwriter Charli XCX, is a hyperpop anthem that captures the summer of 2020, filled with canceled events and monotonous time sitting alone at home. Without a consistent routine, TXT claims every day feels like “the endless evening of March 1,” the day when the lockdown began. The final track, “Way Home,” slows down with soft R&B vocals and trap beats. Another relatable pandemic-era track, “Way Home” describes eerily empty schools and streets, ending with the wish to be back together with loved ones again.

For K-pop fans, “Blue Hour” has enough pandemic-era angst to be relatable, but it still stays true to TXT’s light-hearted and fun energy. 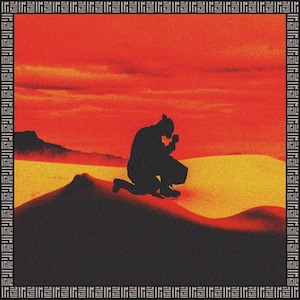 ZHU’s “Ringos Desert” (Courtesy of Mind of a Genius Records)

Steven Zhu has always thrived off of anonymity. Though he isn’t as strict about hiding his face as Daft Punk, ZHU, a San Francisco-based producer, fully leans into the anonymous, lonely persona of a wayfaring cowboy on his sophomore concept album, “Ringos Desert.”

Throughout the journey of “Ringos Desert,” ZHU brings in numerous vocalists, including Tokimonsta, Majid Jordan and Tame Impala, to tell the story of a tumultuous romance, filled with isolation, anxiety and grief. Telling this story with many different voices alludes to the universal experience of toxic love. This story is further enhanced by ZHU’s pulsating, eerie production style, creating an immersive, cinematic edge, almost as if the listener is traveling across a desert landscape. Each intimidating bassline thumps down like the hot desert sun, while the gentler synth chords offer an oasis for melancholic reflection.

Though the story of “Ringos Desert” is intriguing, the album is equally as enjoyable as a purely musical experience. The production is impressive, tapping into the familiar digital bells and whistles of modern EDM and house, yet it also incorporates acoustic guitar samples and even full riffs on occasion. Every element of ZHU’s journey on this album is organic quality, transporting the listener to the vast, despondent landscape of the “Ringos Desert.”