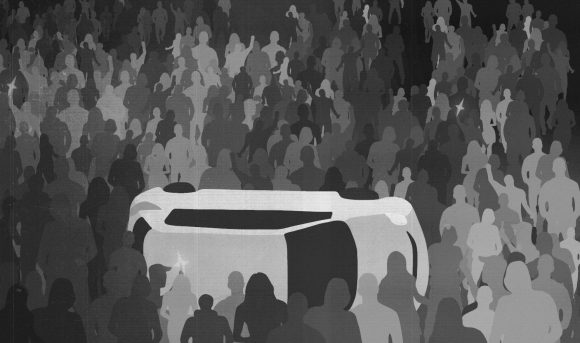 What feels like eons ago as a first-year student at the University of Colorado Boulder, Saturday nights were synonymous with party-hopping at college houses filled with blaring music and sticky floors. Outdoor parties in the Boulder sun always brought more people, drinking games and louder music. Now in the COVID-19 pandemic, weekend benders look more like hanging out with pets to avoid large crowds and the potential spread of COVID-19.

However, a few weeks ago around 800 students had other plans. They partied in a destructive manner and risked the community’s health bringing light to large amounts of racial and socioeconomic privilege held by the university.

A lot has been asked from CU Boulder students during the pandemic. This past year they have had to transform their education completely to learning online with an increased workload, an increase in loneliness and still no spring break for mental health. Students are human and they have their limits. However, gathering by the hundreds in a party-turned-riot is no way to gain empathy.

Students who participated in the event must acknowledge the potential and prevalent damage they caused the Boulder community. No amount of unfairness to students is worth the destruction they caused. In addition, the university needs to recognize the lack of respect tied to their response to the riot and acknowledge how it affects BIPOC and underprivileged communities.

CU Boulder students are notorious for their wealth. Fifty-nine percent are part of the top 20 percent. With few arrests and identifications of those who participated in littering the streets and damaging a car, it is unlikely they will ever pay for the damage they caused, even though, statistically, many can.

The lack of consideration these students have for others’ valuables is disturbing. Walking on campus will never be the same with the knowledge that any passerby could be willing to completely destroy your car.

Not only have students been forced to acknowledge what their peers are capable of, but for BIPOC students, staff and faculty, the blatant disregard for how COVID-19 has disproportionately affected their communities was exasperated.

Although the Latinx community makes up 14% of the population in Boulder County, they have made up 34% of COVID-19 cases and 40% of COVID-19 related deaths within the county.

“It’s not very often that we get to quantify racism,” says Holly Olivarez, organizer for Diversify CU Now in response to the staggering statistic.

BIPOC communities have extra needs for precautions due to the disproportionate effects from COVID-19. This is a reality that most CU Boulder students will never fully understand due to the lack of racial diversity at the university.

According to Olivarez, CU’s decision to not shut down campus following the riot was insensitive to the BIPOC community. She believes the university’s initial response displayed prejudice itself.

“CU Boulder threatening to expel anyone who had violent interaction with police was immediately problematic,” Olivarez said.

Though BLM protests in Boulder this summer were peaceful, looking at police responses to protests in other cities like Denver is disheartening when compared to the engagement with police from the riot. At the riot, students were warned before tear gas was administered and no rubber bullets were fired even after students attacked and injured police officers.

This follows an incident from May of 2019 when a white Boulder police officer pulled his gun on a black Naropa University student who was picking up trash outside of his dorm. However, after the riot, Boulder Police Chief Maris Harold spoke in a press conference mentioning that it “would not be considered best practices to send officers” into the crowd.

The contradiction of police responses is not a coincidence. When Boulder police made these decisions, they sent a message to BIPOC communities everywhere.

CU’s response to the riot also follows a lack of conversation and events regarding Black History Month, minus the #BeTheChange Challenge. The challenge was used to get students to participate in “racial equity habit-building,” yet it only lasted for the 28 days of the month and was not widely advertised.

In response to the spark of the Black Lives Matter movement this past summer, CU created CU Engage. CU Engage’s commitment statement mentions addressing anti-blackness and racial injustice, yet the university contributes to these when they ignore how their responses affect BIPOC students, staff and instructors.

CU has promised a lot to students from fighting racial injustice to protecting the herd. However, no matter how many emails and statements from the chancellor are sent, those affiliated with the university suffer from the schools’ lack of effort.

Students who chose to participate in the riot should be apprehended for their destruction and the university should correct how it addresses issues of race and privilege when they arise.