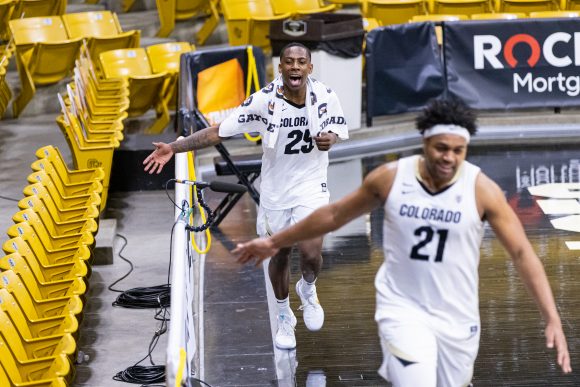 “There (are) two kinds of teams in the NCAA tournament, those who are just happy to be here… and there’s the other kind of team that’s hungry to advance and not satisfied to just be here,” said University of Colorado head men’s basketball coach Tad Boyle.

Being invited to compete in March Madness is a great accomplishment for any program, but the Buffaloes believe that their postseason journey is just beginning. Colorado returns to the “Big Dance” for the first time since 2016, and for the 15th time in school history. Boyle will look to capitalize on what was a strong finish to the regular season and conference tournament for the Buffs, winning six of their last seven contests.

Led by a strong veteran core that is supported by a relatively young rotation, Colorado has both the talent and upperclass leadership to succeed in the tournament. Even with a tough first round matchup against the Georgetown Hoyas, who won four in a row en route to a Big East title and automatic bid to the tournament, Colorado’s schedule for the remainder of the season will only continue to get more competitive in the case of a CU victory on Saturday.

Senior guard and Colorado star McKinley Wright IV talked about how much it meant for him to finally play in the tournament for the first time in his career.

The fate of a tough, exhausting, and emotional season will be on the line this weekend for a Colorado team that has re-written program history.

Led by Boyle and Wright, Colorado will begin its hopeful journey through the tournament on Saturday against Georgetown at 10:15 a.m. MST at Hinkle Fieldhouse.