‘We are demanding you take action’: Students condemn CU response to Hill rioters 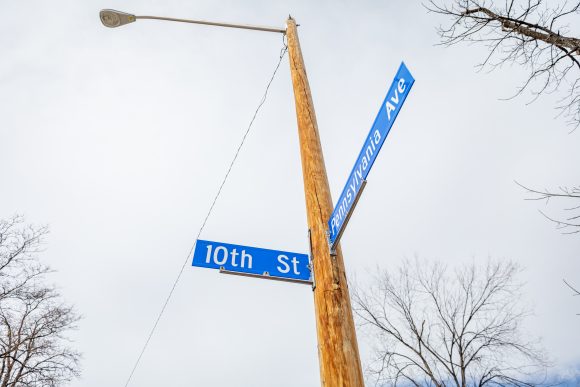 The corner of 10th and Pennsylvania Avenue, where the riot took place. March 7, 2021 (Io Hartman/CU Independent).

The University Hill riot has led to multiple arrests and has put the University of Colorado Boulder and the surrounding community on high alert. Despite condemnation from the university, a growing group of students is saying that administrators aren’t doing enough.

Four students, who each contributed different parts to this accountability campaign, are leading the charge in demanding more from the university.

Taylor Turbyne, a senior at the university, created a petition on March 8 to expel students that attended the party that descended into a riot just two days prior.

“I started this petition because I was fed up with the fact that people, especially affluent people, are not held to any standard in the university,” Turbyne said. “I wanted to make my opinion heard so that the university would do something.”

At the time of publication, that petition has gathered more than 1,700 signatures on change.org and received dozens of comments in support.

Turbyne wasn’t the only one who was concerned about the March 6 riot. Nicole Allen, a sophomore, authored an open letter to the university that was co-signed by 25 other students.

“We are angry. We are hurt. We are demanding you take action,” the letter read.

Allen, who penned the first draft said, “(I) wanted to write an open letter. Would anyone be willing to write it with me? Because I was concerned that if I went alone, one voice would not be enough and I was worried it would be easier to sweep it under the rug.”

Accompanying the letter was a student impact statement written by junior Kaitlyn Weaver.

Weaver, a former employee in end-of-life care, said her statement focused on the impact this riot would have on the larger Boulder community.

“I’ve had the luxury of working in the medical community as a caregiver for the elderly people and I saw this all summer,” she said. “(The statement) wasn’t so much to address CU as it was to address the students who went there.”

Helen Bassett is a senior at CU and was another co-signer of the open letter.

“When Nicole said she was writing the letter, I immediately jumped on because this was a fight I was involved with on the workers’ end since August,” she said.

Bassett is a member of the United Campus Workers Colorado union, which is a union for all employees within the CU system.

“Workers have been terrified and frustrated and their voices have not been that heard so now for students to begin voicing these frustrations, I thought it was the perfect way to bridge these two communities together,” Bassett continued.

Like Turbyne and the petition, these student activists say they want harsh punishments for students who attended the riot and they say the university has not done so.

When news of the riot first started to break, the university said that they would consider expelling those who committed criminal actions. However, their language gradually changed to appear more moderate.

At a press conference the day after the riot, the university’s Chief of Operations Pat O’Rourke said that the university would be pursuing disciplinary action against those who committed criminal acts first, followed by organizers of the parties and then participants. The word “expel” was noticeably absent from this statement.

The university soon updated its COVID-19 Dashboard with a chart of the number of virus-related disciplinary actions since the end of January. At the time of publication, only 13 people have been subject to academic probation or suspension.

Law enforcement estimated that 500-800 people attended the party, and Boulder Police have made at least seven arrests related to the riot since the 6th.

According to Allen, this lack of disciplinary action is connected to another problem at the university: privilege.

“There is a different level to this where there is privilege (in a lack of response), and beyond white privilege, there is wealth privilege,” she said.

These student movements have gained some traction online, with thousands of Instagram likes and petition signatories. However, it remains to be seen if it will have an impact on the university’s response.

The four student activists will meet with the University of Colorado Boulder Student Government on Wednesday, March 16.