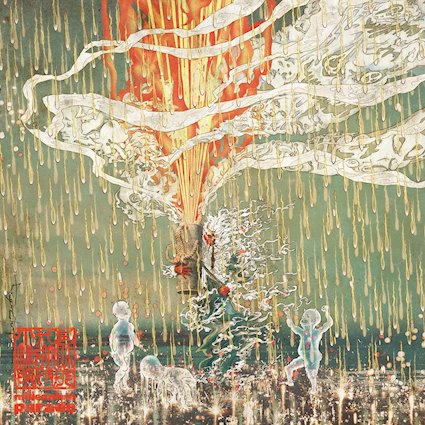 Hyakki Yagyo, which means the “Night Parade of One Hundred Demons,” is an idiom in Japanese folklore. The idiom describes a massive parade of supernatural beings wildly moving through the streets, a scene often translated to “pandemonium” in English.

Japanese creative collective millennium parade is inspired by Hyakki Yagyo in their musical style and overall aesthetic.  Their upcoming self-titled debut album, “THE MILLENNIUM PARADE,” released Wednesday, Feb. 10, provides the group’s own take on the iconic idiom, featuring a combination of multimedia elements like music, video and VFX.

Artists using multimedia platforms to add to their musical experience isn’t new. Virtual idols — animated characters that perform virtual concerts — attract massive fanbases around the world. These virtual idols are created by real-life artists, but their music is delivered through characterized personas, adding a layer of mystery. Two notable Japanese virtual idols are Lynn Minmay and Hatsune Miku. In the West, English virtual band Gorillaz is just as popular. Their smash hits “Feel Good Inc.” and “Clint Eastwood” have garnered hundreds of millions of plays on Spotify.

Instead of hiding behind online personas, however, millennium parade is using virtual elements to enhance the way their art is consumed. “THE MILLENNIUM PARADE” is an album by name, but it’s more of a media consumption experience. Their music is paired with complex videos, produced in-house, each of which has received millions of views on YouTube.

Daiki Tsuneta, the frontman of J-Pop’s King Gnu, organized millennium parade — a team of musicians, directors, VFX artists, designers and illustrators — to take his work to the next level. His band, King Gnu, gained a cult following in Japan, but Tsuneta wanted to reach more of a global audience.

In an interview with Hypebeast, Tsuneta explained his aspirations to be “the first Japanese artist to make it in the world.” His group’s energetic sound and entrancing music videos has earned the group a loyal international following and considerable hype. Most notably, coverage from media outlets, including Billboard and Hypebeast, and companies, including DIOR, Adidas and Cartier, have stoked the fire of millennium parade.

Even with the hype they’ve received, millennium parade’s debut LP delivers on Tsuneta’s artistic vision. The album is a brilliant blend of genres ranging from hip-hop to classical to jazz, each track flowing seamlessly into the next. With such a complex range of influences, the album embodies its folklore-driven meaning of pandemonium, while also keeping the listening experience relatively easy on the ears.

“THE MILLENNIUM PARADE” has numerous high points, particularly “fly with me.” The track features lyrics questioning the financial inequality between the rich and the poor, while inviting the listener to join the fight against the status quo. On the verse, the vocalist raps, “Fat cat get it all and bleed it out / What are you to me, for real.” In the chorus, the vocalist shifts gears, inviting the listener to come along with them.

“It’s time to get down with me / Or you can get high with me / It’s time to get down with me / And maybe you will fly with me.” Along with these lyrics, the track features a marvelous, jazz-inspired instrumental paired with smooth rap verses and drum lines reminiscent of hip-hop. The classy, high-rolling jazz elements contrast with the gritty, experimental elements of hip-hop, suggesting a clash between the higher and lower classes. 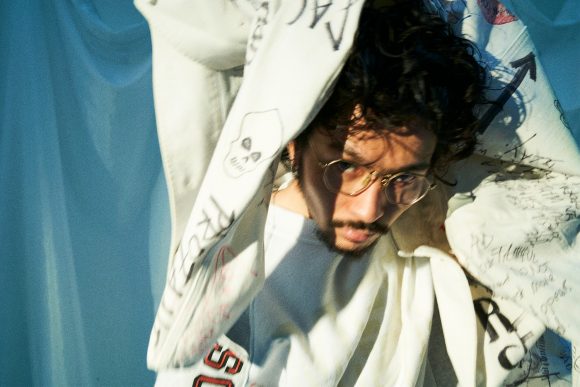 Daiki Tsuneta, King Gnu frontman and millennium parade organizer (courtesy of Or Not)

Another track that makes an impression is “plankton.” The track features a farewell to a lover from an unknown vocalist, who sings, “Burn slowly and fade / All the love I let go that day / If you would let me / We still have got time / Time for last dance.” The vocalist is beckoning to their former lover and asking for one last dance while acknowledging that the couple has reached the end of their road. This depiction also hints at a darker end of the road in reference to Hyakki Yagyo, where anyone that dares take a peek at the passing-by parade of demons is either killed or spirited away.

“Plankton” is the album’s first major shift in tone, opting for a calming, light beat and dainty vocals instead of intense, driving rhythms. The track acts as a reprieve for the listener as if it’s inviting them to take a break and breathe for a moment before the action starts back up. This energy shift is a feature that “THE MILLENNIUM PARADE” employs, often offering high-energy and intense tracks followed immediately with a more low-key response.

While “THE MILLENNIUM PARADE” is a very strong and interesting take on Japanese folklore, sometimes the concept of “pandemonium” can be overwhelming. Some of the attempts to jam-pack tracks with different musical influences can be unusual at best and head-spinning at worst.

Take “2992” for example — despite a number of beautiful vocal arrangements, the track often comes off cluttered and confusing. The song features a gritty bassline and crunchy percussion, mixed in with flowery and flowing string sections. It is a pairing that while being interesting and gutsy, misses the mark. It prevents the listener from being able to focus on the song as a whole and instead forces them to try to decipher meaning through a musical traffic jam.  One has to admire the artistic leap that the band is trying to take, but it could prove to alienate their larger fanbase with its headache-inducing complexity.

However, should a listener form their opinion on a band or musical act based on how they think the group will do with mainstream audiences? No.

The fact is, millennium parade’s debut album is artistically brilliant, regardless of its predicted commercial success because it makes the listener reflect and engage with the music deeply. Even if the band’s ultimate desire is fame and success with “THE MILLENNIUM PARADE,” they have ultimately created a solid, memorable and insightful album.

Listen to “THE MILLENNIUM PARADE” on Spotify here, and check out the band’s music videos on YouTube here.