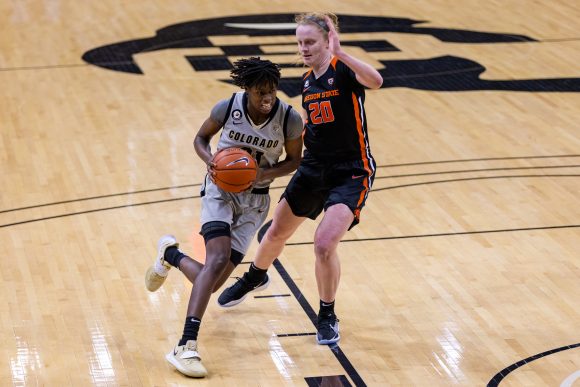 Two games removed from an upset victory over No. 1 Stanford, Colorado (6-7, 4-6 Pac-12) returned home to CU Events Center to host Oregon State (4-5, 2-5 Pac-12). The Colorado Buffaloes looked to right the ship Friday night after falling to the Sun Devils in Tempe a week ago. Recent postponements because of COVID-19 forced a seven-day hiatus in between games for the Buffaloes. Colorado fell 72-64 to the Beavers after a critical opening stretch in the final quarter.

Sophomore guard Jaylyn Sherrod missed her second straight game with an injury. The Buffs’ point guard looked on from the sideline with crutches. Head coach JR Payne said postgame that Sherrod will miss the remainder of the season.

“She had season-ending surgery last week and is recovering very well,” Payne said on Sherrod. “She’s been playing in a significant amount of pain. She couldn’t even drive her car without very painful circumstances. So, she’s already on the road to recovery, but she won’t play the rest of the year.”

Senior forward Mya Hollingshed led the way early for Colorado knocking down her first three attempts from the field. The Buffs led 9-5 with under six minutes to play in the first quarter. The pace of play seemed to favor Colorado initially in the opening period with both teams getting up and down the floor quickly. An advantage early on the glass helped the Beavers battle back late in the quarter. Oregon State led 17-16 after ten minutes. 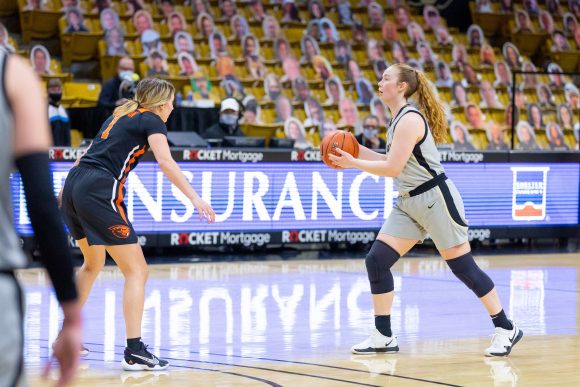 A three from freshman guard Frida Formann opened the second quarter scoring for the Buffaloes. The Beavers switched to a zone defense early in the second period, which for the first two Colorado possessions proved ineffective. On the other end, the deep ball paid dividends to the Beavers allowing them to maintain a slim lead through the first half of the second period. Oregon State led 31-26 with less than five minutes to play in the half after knocking down their seventh three-pointer. A Hollingshed three-pointer trimmed the Beavers’ lead to two with under a minute. Oregon State held a two-point advantage at the break. Hollingshed led all scorers with 16.

Five straight points from the Beavers to open the half led to a seven-point advantage. Missed field goals for both sides combined with a few Oregon State turnovers allowed the second half to progress with little scoring. The Beavers led 46-43 at the 4:55 mark of the third period. A turnaround jump-shot from junior guard Aubrey Knight knotted the game at 48. Momentum appeared to shift late in the period as Oregon State struggled to take care of the ball, but once again the three-pointer proved crucial. The Beavers’ ninth deep ball gave them a three-point lead after 30 minutes.

The difference in the game seemed to be the opening minutes of the final quarter. Oregon State strung together consecutive scoring possessions, while Colorado struggled early in the final period. Payne said the Buffs struggled offensively combined with the Beavers’ success from the long range provided the separation for Oregon State. 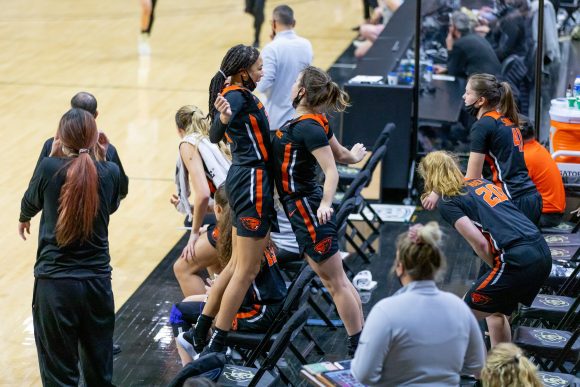 Freshman guard Talia Von Oelhoffen knocked down Oregon State’s tenth three to extend their lead to eight with just over five minutes left.  The Beavers lead hit double digits by the under-four timeout. Colorado struggled to hit shots in the final period, but a pair of threes from Formann cut the Oregon State lead to six with under a minute. The Beavers didn’t miss at the line late. Oregon State held on to win 72-64.

Junior guard Aubrey Knight talked postgame about second-half adjustments and the mistakes that led to the Beavers’ success from three.

“I think that we did a good job of adjusting… what we were talking about at half is we have to be able to defend the three-point line,” Knight said. “So, we did a better job of that in the second half, but at the end of the day, those shots are critical. So, we just had a few lapses of judgment, maybe our hand was down and they hit those threes. We just got to be disciplined from the full 30 seconds of the shot clock in order for that not to happen.”

Consistency, particularly defensively, is something the Buffs will look to regain on the road against No. 6 Stanford on Friday, Feb. 5 after Colorado’s game Sunday against Oregon was postponed prior to tip-off. After knocking off the Cardinal just recently, they’ll look to do it again away from home. Tip is set for 8 p.m. MST. TV information has yet to be announced. 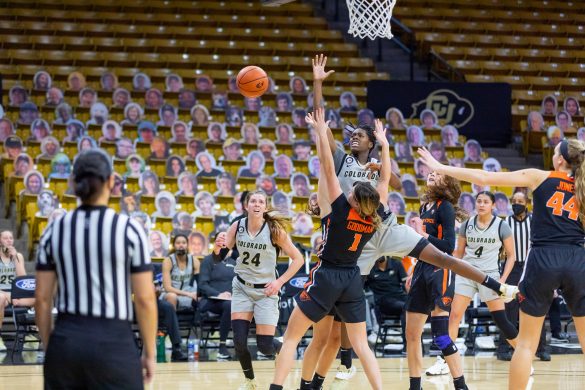 Senior forward Mya Hollingshed attempts to score for the Buffs but it blocked by her opponent, the Oregon State Beavers. Jan. 29, 2021 (Casey Paul / CU Independent) 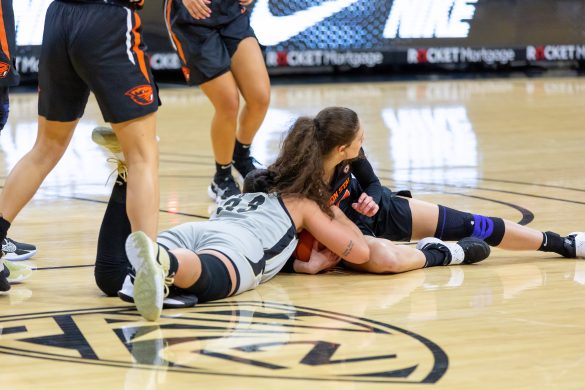 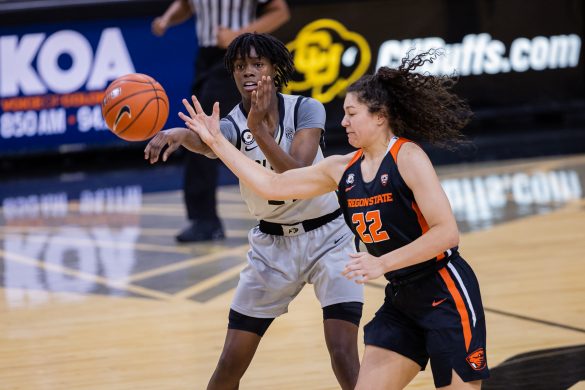 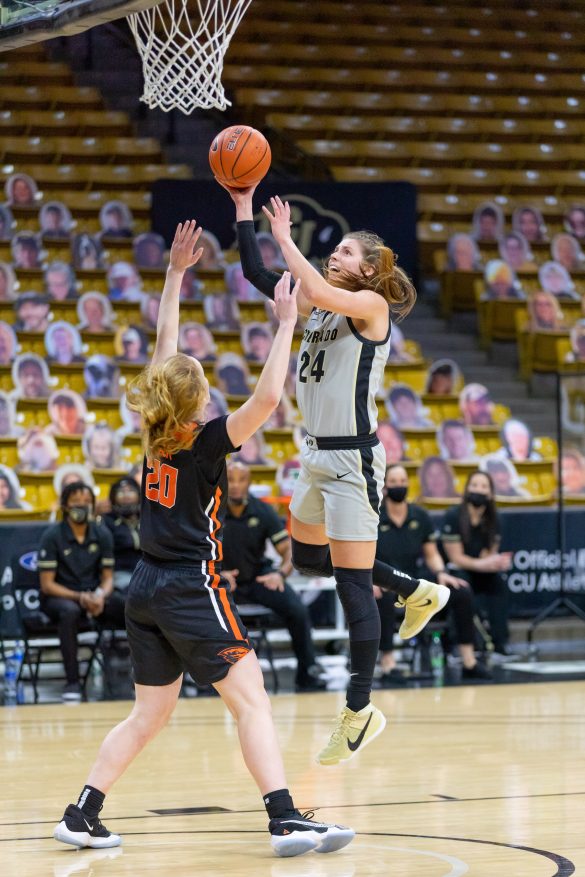 Junior guard Aubrey Knight soars through the air as she elevates the ball towards the net during the second half of play. Jan. 29, 2021 (Casey Paul / CU Independent) 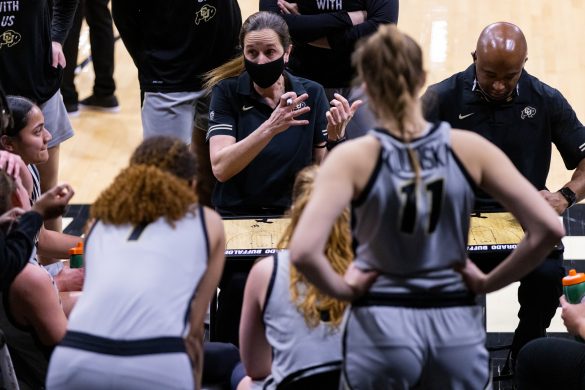 Colorado head coach JR Payne draws up a play during a break in the action at the CU Events Center. Jan. 29, 2021 (Nigel Amstock/CU Independent) 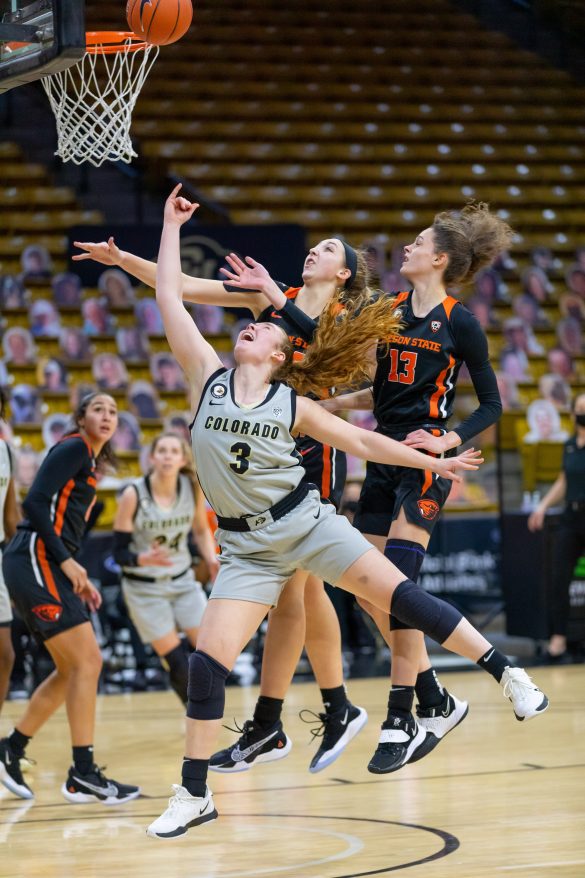 Freshman guard Frida Formann puts all of her effort into an attempt to score for the Buffs. Jan. 29, 2021 (Casey Paul / CU Independent) 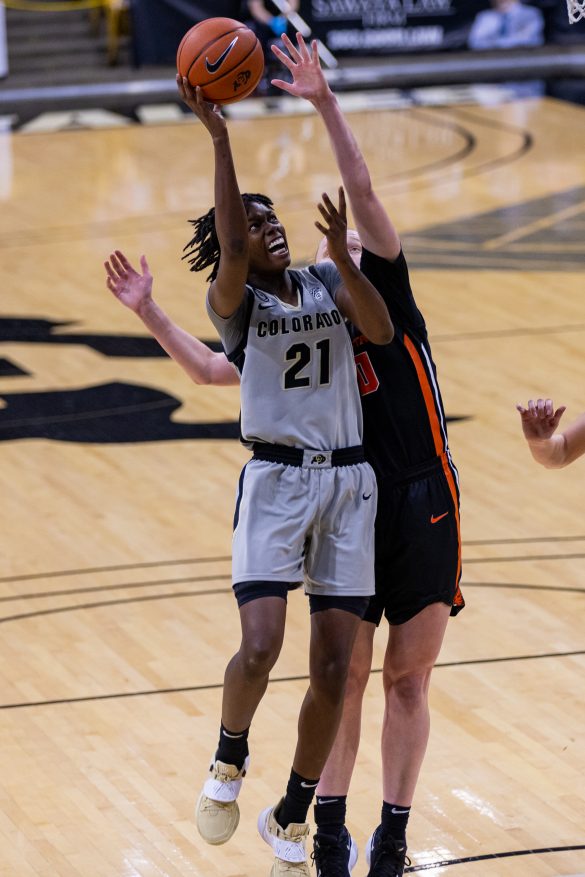 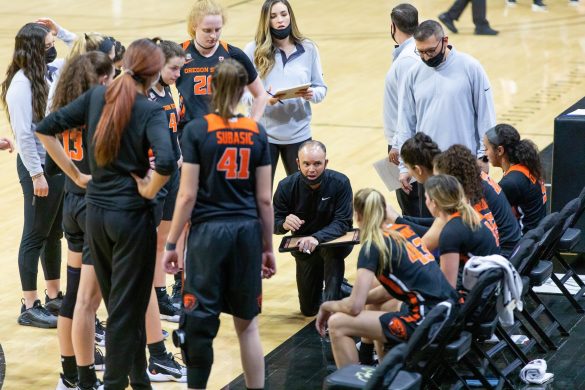 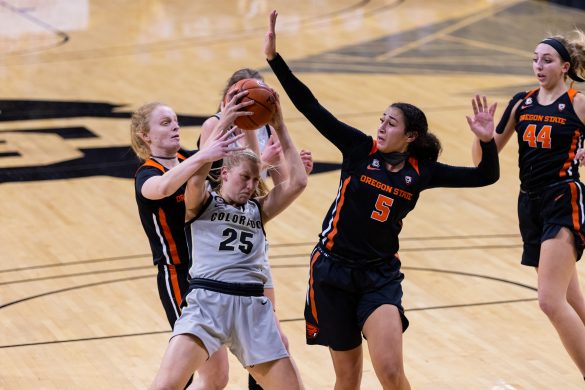 Senior forward Annika Jank struggles to get off a shot during the third quarter of play at the CU Events Center. Jan. 29, 2021 (Nigel Amstock/CU Independent) 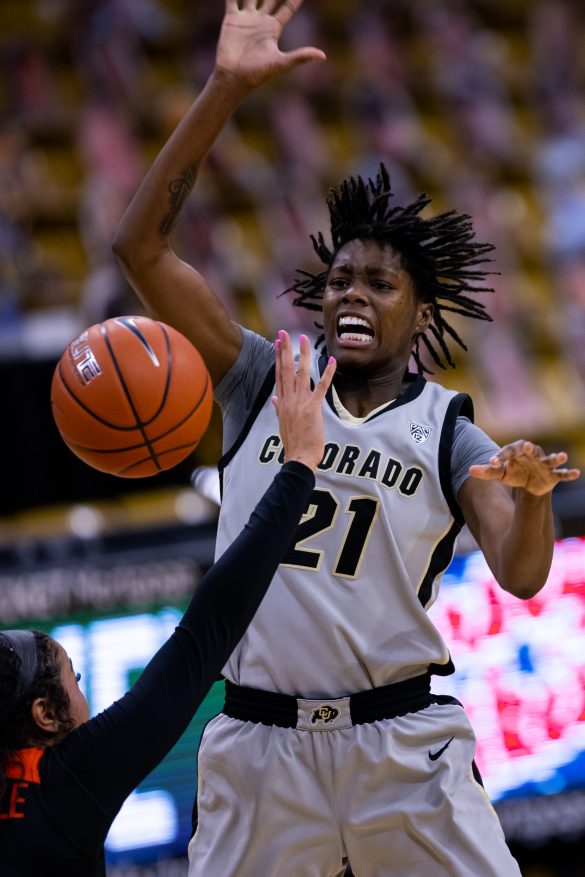 Senior forward Mya Hollingshed loses control of the ball as she attempts a shot at the CU Events Center. Jan. 29, 2021 (Nigel Amstock/CU Independent) 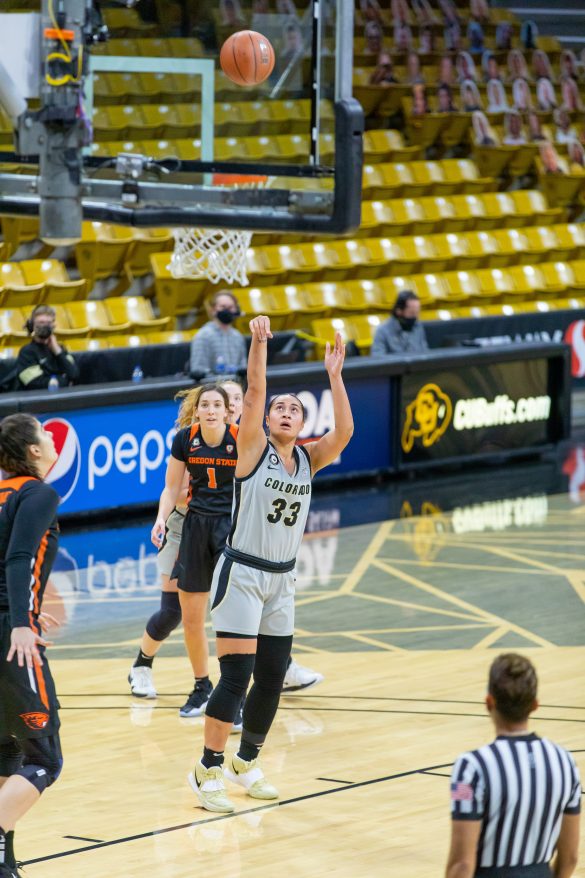 Junior forward Peanut Tuitele watches as she sends the ball through the air towards the net during the first half of play. Jan. 29, 2021 (Casey Paul / CU Independent)