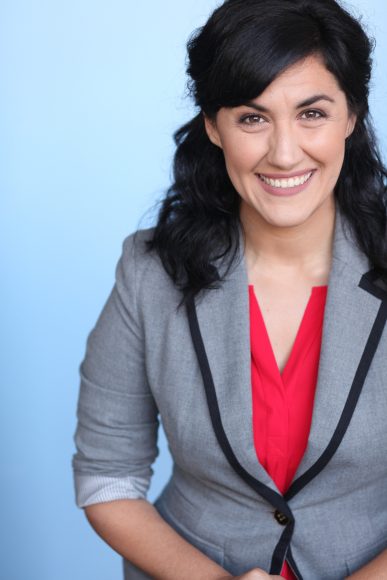 “When I was a theater student, I was so scared that I was taking this huge risk,” University of Colorado Boulder alumni Jessie Stegner said. “But I worked really hard, dealt with a lot of rejection and found a way for myself that has led to a full life. If you want to be in the arts, just be in the arts and don’t apologize for it.”

In 2007, Stegner graduated from CU Boulder with a theater degree.

Now, in 2021, she’s living in Hollywood, performing comedy on The Second City’s “The Really Awesome Improv Show,” which was named the “Best Kids Show” by Los Angeles Magazine.

On the surface, Stegner’s rising comedy career seems straight-forward. But behind the scenes, her path was far more circuitous, uncertain and unexpected.

So, how did Stegner go from performing Shakespeare in college to improv for kids in Los Angeles?

With CU Boulder’s theater program, she built a strong foundation for her craft with many opportunities for on-stage experience and close mentorship.

“I had leads and big parts throughout (my degree),” Stegner said. “I got all that practice and repetition, so when I went out into the world, I felt really comfortable with performing and auditions.”

While still a student at CU Boulder, Stegner also immersed herself in the local theater scene, performing in the Boulder Fringe Festival and the Colorado Shakespeare Festival, where she was an understudy in “As You Like It” and “The Tempest.” She also studied abroad in London at Shakespeare’s Globe for a semester.

“Something was missing,” Stegner said. “(Traditional acting) wasn’t giving me the same satisfaction. Then, (when I found comedy), a new world opened up. This is where I was meant to be my whole life: doing comedy.”

At the time, she had recently moved to Chicago, the stand-up comedy capital, and started taking improvisation classes at The iO Theater and The Second City, where her idol Tina Fey started out. 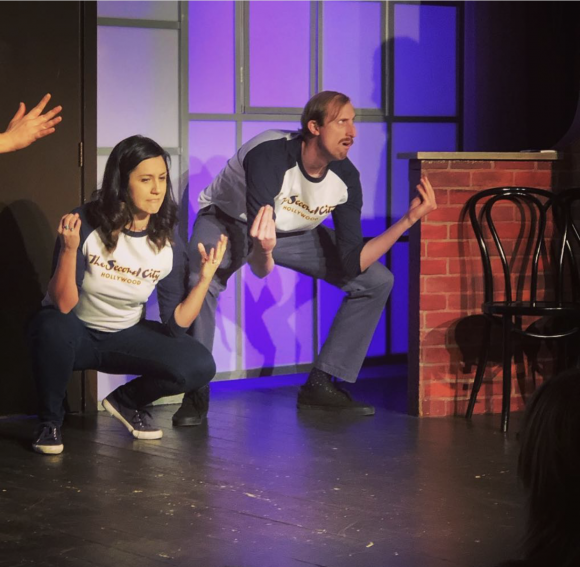 As Stegner developed her own style, she was influenced by iconic female comedians including Carol Burnett, Lucille Ball, Mindy Kaling and Tina Fey. Stegner said she felt inspired by women “who weren’t afraid to be silly” and were “fearless” in their comedy, despite societal expectations for women’s behavior and stereotypes of women in comedy.

“That was something I always really wanted to be,” Stegner said. “But it can be hard.”

“The entertainment industry is so competitive and thankless,” she said. “You have to be your own champion and believe in yourself.”

Besides improvising and stand-up in Chicago, Stegner began writing comedy sketches, like Kaling and Fey. With writing, Stegner found she had discovered the “perfect mix of performing and creating” in her comedy career on-stage and behind-the-scenes. Nearly a decade later, her passion for writing would take her to LA, in pursuit of a screenwriting degree from UCLA.

Now, Stegner is still living in LA after graduating in 2018 and has stayed connected with her Chicago comedy roots as a cast member in “The Really Awesome Improv Show” in The Second City’s Hollywood location. The improv show is intended for families with younger kids and features interactive activities, where cast members incorporate kids’ suggestions, art and games into their improv. 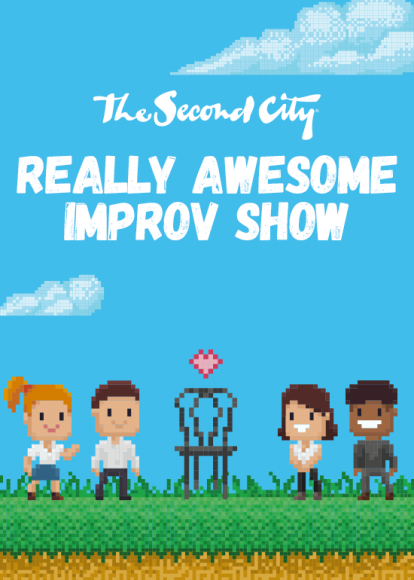 During COVID-19, the show is being streamed online, which enables a wider audience to purchase tickets. The online format has proven difficult for the cast, given the interactive format of the show with significant participation from kids.

“It is really challenging to do improv virtually,” Stegner said. “In a live performance, you feed off the energy of an audience, and that’s not there. (Online) you have to generate it within yourself.”

However, Stegner is grateful for the opportunity to stay connected with her audience during social distancing.

“I feel a little less alone after I do this show, even though I am just in this room by myself, because I did something for someone else,” Stegner joked. “Maybe someone’s day is a little less sad because I pretended to be a crab for two minutes.”

In the face of the stress and isolation of COVID-19, she hopes her comedy and “The Really Awesome Improv Show” can still bring smiles, laughter and connection to many families.

“There is so much loss and so much pain, so we need to hang on to these worthwhile things,” Stegner said. “It’s important to remember to cherish the laughter we can have, the people in our lives and the things we can do.”