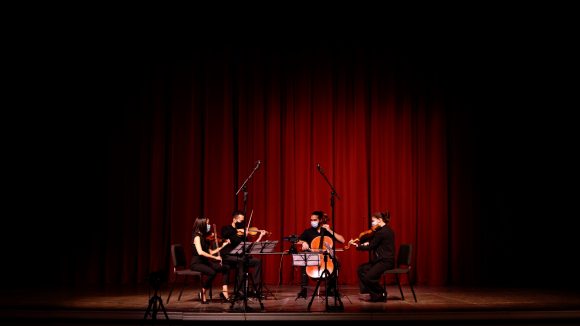 The bluesy, sanguine melody of “A Change is Gonna Come” echoed through the cavernous dome of Macky Auditorium. As the string quartet played, the weight of grief and sadness hung in the air. Yet, still hope lingered.

On Saturday, Nov. 14, a few University of Colorado Boulder students gathered in Macky to film a video tribute to Elijah McClain, a 23-year-old Black man who was the victim of police brutality in Aurora, Colorado, in 2019. The tribute, which will be released in January of 2021, will feature spoken word performances by CU student leaders over an instrumental version of “A Change is Gonna Come,” performed by the Ivalas Quartet, CU’s graduate quartet-in-residence.

On Aug. 27, 2019, three Aurora police officers tackled McClain, who was unarmed, and choked him unconscious. After paramedics overdosed him on sedatives, McClain went into cardiac arrest on the way to the hospital.

A year ago today, on Nov. 22, 2019, the Aurora police department announced no charges would be pressed against the three police officers in McClain’s case. Since then, his death has sparked five ongoing police investigations in Aurora.

This student-led video tribute, organized by the Cultural Events Board (CEB), will be a way to celebrate and honor McClain’s life. 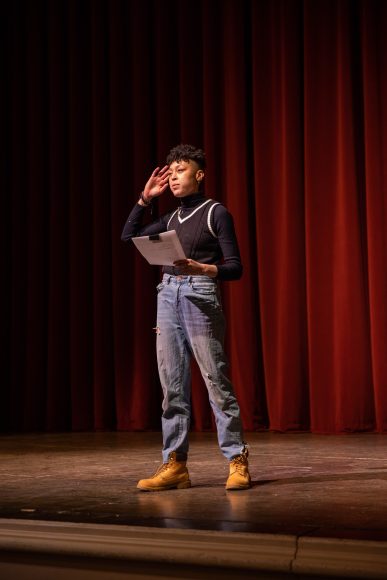 Carson Becker, the social media chair for CUSG, will be directing the tribute video. He said he wants it to be “similar to the spirit of Elijah, warm and inviting” and to “channel a theme of empathy.”

“I want to do (Elijah’s story) justice to the best of my ability,” Becker continued. “As I learn more about Elijah, I get more and more heartbroken about the way he was treated. Yet, I also look at the positivity he carried through his life.”

The most important part is to honor the memory of McClain, rather than creating a broader call to action for police accountability.

“This is a memorial,” Anita Dumar, a violinist from the Ivalas Quartet, said. “It is really important to us that Elijah is remembered and honored in the way his family knows him best. We don’t want any distractions to come from that. We are very honored to get to be a part of remembering and memorializing a very significant person.”

For the video, Dumar and the rest of the Ivalas Quartet are playing their arrangement “A Change is Gonna Come,” a song chosen by Sheneen McClain, the mother of Elijah McClain. After R&B singer Sam Cooke released “A Change is Gonna Come” in 1964, the song soon became into an anthem for the Civil Rights Movement. In 2020, as police brutality and racial injustice continue in the United States, the song is as relevant as ever.

The string quartet arrangement is particularly fitting, considering McClain was a self-taught violinist, who played for stray cats in local animal shelters. 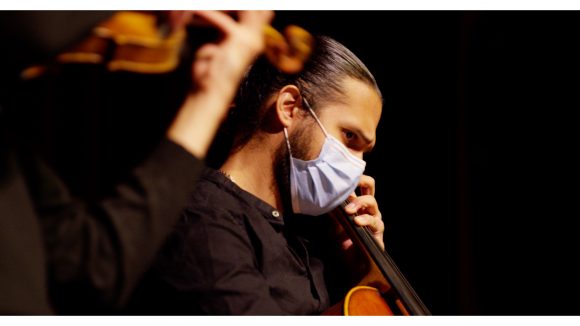 According to Pedro Sánchez, the Ivalas Quartet’s cellist, creating this arrangement was “a very challenging and emotional process.”

“I have been very passionate about making this arrangement because of the context it entails,” Sánchez shared. “This song touches me in a very special way. There are some very powerful lines in that song. I am doing the best I can to translate those into the melody of the string quartet.”

The students involved hope these words will also inspire the community to reflect on the tragedy of a young life lost too soon and to understand the perspectives of people of color facing the threat of police violence on a daily basis.

“We want people to be to be reflective on why we have to be are here, paying tribute to his life,” Dumar said. “We don’t want to be doing these memorials anymore. We are hoping that it pulls people back into remembering why we are here, why we are doing this and what we need to do as a society to move forward from this.” 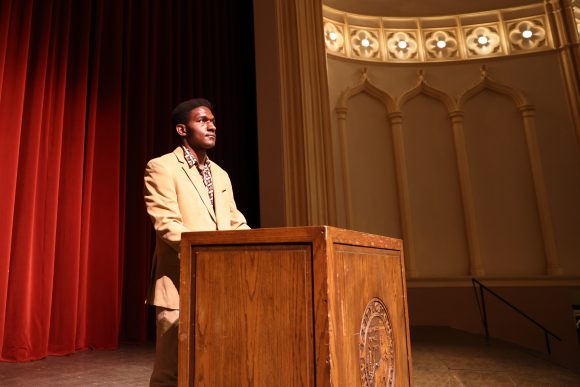 “Hopefully as a community, we can take a step back and say, ‘This is what we are really fighting for: the human impact,’” Jemil Kassahun, the student outreach coordinator for CEB, said. “This is what we want to say: have empathy and sympathy for Elijah’s life and for other people in similar positions. Try to get a new perspective of people walking in his shoes.”

By celebrating McClain’s life, Tania Blanga, the social media coordinator for CEB, also hopes to combat the “negativity” and “hatred” that is “bringing down our community, state and country,” especially surrounding the Black Lives Matter movement and protests against police brutality.

“We are (sending out) positive messages of love, peace and humanity,” Blanga declared. “It is time to embody the spirit of Elijah, his positivity and happiness.”