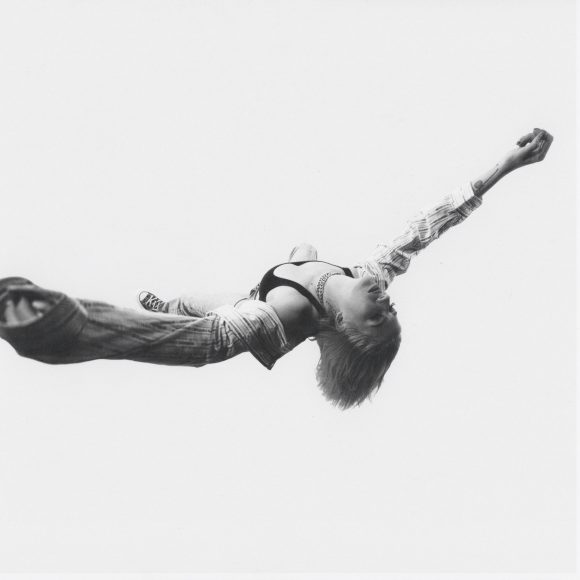 Minnesota-born, Los Angeles-based singer-songwriter kennedi is preparing to invade the pop scene with her upcoming EP, “self.”

Having never released a multi-track project, the artist has a clean slate to make an impact with her music. With no preconceptions, no assumptions and no expectations, kennedi has the opportunity to take the industry by surprise with a meaningful and authentic effort.

Set to be released on Oct. 30 via Platoon, kennedi’s debut project is the first of two raw and emotional EPs centered around living with bipolar disorder, with the second EP to be released in early 2021.

Featuring five short and sweet tracks, “self” is catchy and fun to listen to. Despite sharing similarities with other major pop artists – Dua Lipa and Ariana Grande come to mind – kennedi finds a way to make the EP unique, with each of the five tracks having a bright and refreshing sound. Light, airy synths and a variety of distorted vocal effects provide a solid backdrop for moving lyrical performances.

The real star of the EP, however, is the songwriting. With experience writing for artists such as Ariana Grande, Dua Lipa and the Jonas Brothers, kennedi certainly has songwriting talent. On “self,” she uses this talent to bring an extra level of authenticity to her music, something that has become harder and harder to come by in the pop scene.

On the EP’s third track, “I don’t wanna like you yet,” experiences with emotions and mental health can be heard clearly, with the artist singing, “See the thing about me feeling / Is I’m feeling everything and nothing / No in-between.” With lyrics like these, kennedi has shown her ability to capture raw emotion while also keeping lyrics memorable, something that can be difficult for up-and-comers. However, she has found a way to perfectly skirt the line between authenticity and addictiveness.

Her vulnerability can also be heard on the EP’s fifth track, “apology.” kennedi candidly sings about her own shortcomings in a relationship, and how she feels that she should respond. “I feel like I owe you an apology / Feel like I maybe let you down /  I got somebody laying next to me / I know we’re not together now,” she sings. This type of experience is seldom heard in popular music. With pop usually dominated by artists lamenting about their partner’s failures rather than their own, kennedi’s raw and candid take on her own actions is refreshing.

Another bright point on “self” is its fourth track, “liquor love.” The track features an instantly memorable hook, along with a brilliantly minimal instrumental that balances well with kennedi’s half-whispering vocal performance. It’s the type of song that’s screaming to go viral—one can easily envision thousands dancing along to kennedi’s vocals on Tik Tok and Instagram.

Overall, “self” is a relatively strong first effort, but it isn’t perfect. In some ways, the EP sounds very similar to other newcomers to the music industry. While this on its own isn’t necessarily bad for a new artist, certain moments on “self” sound so much like everyone else that they risk turning listeners off altogether. Even the EP’s opening track, “better,”  could easily be substituted with any other song on a Top 40 radio station with little impact. Because of this, kennedi risks losing the opportunity to develop her own trademark sound to set herself apart.

However, even considering some of these blatant similarities to other artists, kennedi still has a sense of authenticity and honesty that is increasingly absent—and conversely, increasingly desired from fans—in popular music culture. This quality gives her the potential to make a real name for herself, and even if some may think “self” sounds too similar to everyone else, they shouldn’t deny her talent and potential. After all, this is only kennedi’s first multi-track project.

Even with such a small offering of tracks to base an opinion on, the music industry and fans alike should be excited about what kennedi brings to the table. In the coming months, with her second project already set for release, kennedi could become the next big thing in the music world.