“The name alteration does not change the horrors of the past”: Reflections on Indigenous Peoples’ Day 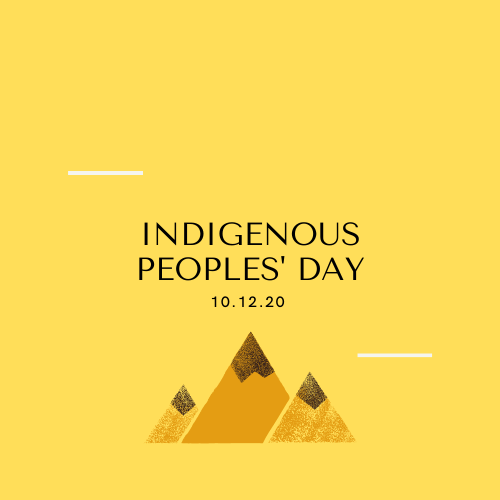 Andrew Cowell, Director of the Center for Native American and Indigenous Studies, said that the name alteration does not change the horrors of the past.

“Indigenous Peoples’ Day is part of a broader reckoning with the problematic history in the United States — the way native people and minority people have been treated,” Cowell added.

Natasha Myhal, co-founder of the Native Graduate Student Group, said the day is still nationally framed to celebrate Columbus, and the American education system is at fault for this.

“Columbus Day is not something that should be celebrated,” Myhal said. “Columbus Day represents the memorialization and celebration of genocide of Indigenous people, Indigenous girls (in) sex slavery and transatlantic slave trade.”

To combat the past murders, rapes and thievery, along with current oppression, Cowell explained a land acknowledgment is crucial.

“It actually says there is a history with Indigenous people,” he said. “Everything is still not good because Native people are still suffering, stuck on reservations, in economically marginal areas, still do not have adequate legal status and freedom of religion.”

Indigenous people were kicked off their land when the Europeans arrived to colonize. Thus, Myhal stresses the importance for land back.

“Colorado, specifically the city of Boulder, should find ways to materially support Ute, Cheyenne, and Arapaho peoples,” she said. “It means returning physical land to Indigenous people to support their ceremonies.”

Cowell also believes there should be compensation for Indigenous people living on land stolen from their ancestors.

“We believe there is a moral obligation for the system in fact to allow any student who is enrolled in any tribe that is historically associated with Colorado to have in-state tuition,” Cowell stated.

Although physical reparation is necessary, Myhal addresses the need for listening and education.

“As a guest on Ute, Cheyenne, and Arapaho lands, it’s really important for non-Natives to follow the Indigenous communities lead for celebrating Indigenous Peoples’ Day,” Myhal explained. “Ute, Cheyenne and Arapaho voices need to be centered and engage with these communities on topics they want to talk or speak about.”

Cowell notes the mindset white people should have in relation to being privileged in America, as opposed to Native people.

“You are not personally guilty, but you personally have been a beneficiary of a system that has been slanted in your favor and other white people’s favor,” he adds.

Additionally, Myhal emphasized the importance of the day itself.

“It’s a celebration of Indigenous cultures, languages, and lifeways and most importantly we are still here,” she said.

Nevertheless, Indigenous Peoples’ Day can be stressful for those with indigenous heritage, as it entails extra work to explain the importance and history.

“I fully support Indigenous Peoples’ Day; however, we are Indigenous all other 364 days of the year,” Myhal said. “This should not be the one day to learn about and engage with Indigenous communities.”