Debut EP emerges from a shed 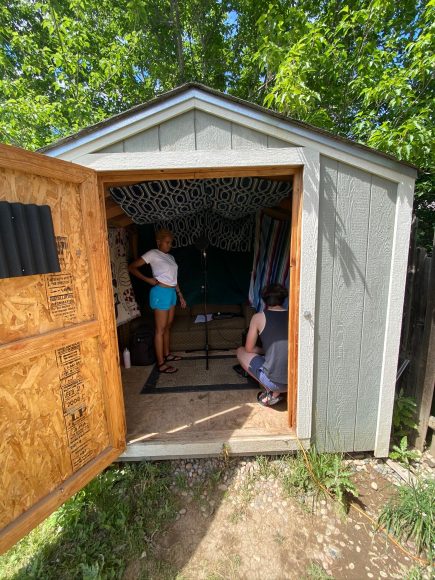 A microphone is stuffed near a retro couch. Three blankets—with rainbow stripes, geometric patterns and cats with sunglasses—hang across the wooden walls and ceiling. Cramped in the corner, a man crouches in front of tangled cables and a laptop on a black box.

Formerly a garden shed, this is now Shed Studios.

Boulder-based band Lady Romeo recorded their debut EP “So It Goes,” released Sept. 18, at Shed Studios, which was located in a band member’s backyard.

“The shed is so cool,” Asha Romeo, the singer of Lady Romeo, said. “It’s a small space with blankets nailed up to the walls. Although it’s pretty makeshift, it worked well for what it was.”

In March of 2020, Lady Romeo began recording their debut EP. They recorded two singles, “So It Goes” and “Yellow Road,” in CU’s Warner Imig Music Building. Before they could finish, CU closed due to COVID-19, and the EP was put on hold indefinitely.

By midsummer, Lady Romeo was tired of waiting.

They stuffed themselves into the tiny shed turned studio in the sweltering heat and finished the EP. The result was an eclectic, quirky work filled with catchy melodies and grooves. 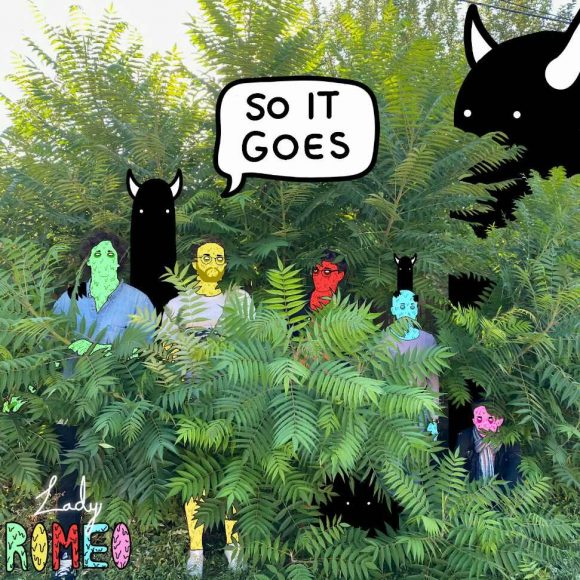 “So It Goes” album cover (Courtesy of Lady Romeo)

Romeo and Robinson, the band’s primary songwriters, described their musical process for the EP as organic and collaborative.

“A lot of our music just kind of happens,” Romeo said. “When it comes to creation, it’s pretty much whatever comes out, unless it doesn’t feel right. Whatever comes out is what we will work with.”

“Asha and I have the lyrics and a base idea,” Robinson said. “Then we bring it to the others, and it explodes from there.”

The opening track “Yellow Room” is an energetic jam about partying and love. Romeo croons, “I can tell when you’re high, the glimmer in your eye,” and accuses “You’re up to no good.” The track features bright, crunchy chords, a grooving beat and a shredding classic rock solo.

“It’s a hype song. You can bop around to it,” Romeo said. “I tried to use a lot of words that are easy to remember and fun to say.”

“Yellow Room” is a tribute to Robinson’s high school band “Toy Dinosaur” and their mascot “Terry,” named after NPR’s Terry Gross. The ending of “Yellow Room” abruptly shifts to “Lisa It’s Your Birthday”  from “The Simpsons,” a song Bart performs for Lisa with Michael Jackson, which coincidentally has similar chords and melody to “Yellow Room.” 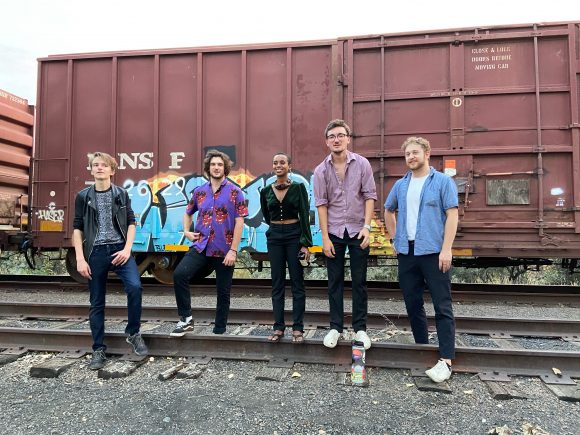 The rest of the album shifts gears to a stripped-down, acoustic sound, beginning with “Worst Case.”

“I wanted ‘Worst Case’ to have a more personal, intimate feel,” Romeo said. “(It’s about) a toxic relationship that you also really enjoy.”

“Come on over to my house tonight. Give me love, but then give me a fight,” Romeo sings. The dark lyrics contrast with the upbeat guitar riff and buoyant, driving bass.

The title track “So It Goes” was inspired by Kurt Vonnegut’s 1969 science fiction and antiwar novel “Slaughterhouse-Five.”

“Every time someone dies, (Vonnegut writes) ‘So it goes,'” Robinson recalled. “I thought that was so funny. It’s kind of comical to a certain point. I wrote down a poem about that, and it turned into the song.”

The music reflects the morbid inspiration—it’s filled with angst, ambient effects and faded, far-away vocals, as if the song is being heard through a void.

“Interlude” begins with chirping birds and a charming guitar melody, as Romeo promises with conviction, “I wait for you.” In the closing track, “Everything,” Romeo admits, “I want to see all the stars. I want to go so far with you,” but her hopes are tinged with dread. “My fears manifest themselves in shadows and lies.” Yet the track ends on an optimistic vocal improvisation above energetic chords. 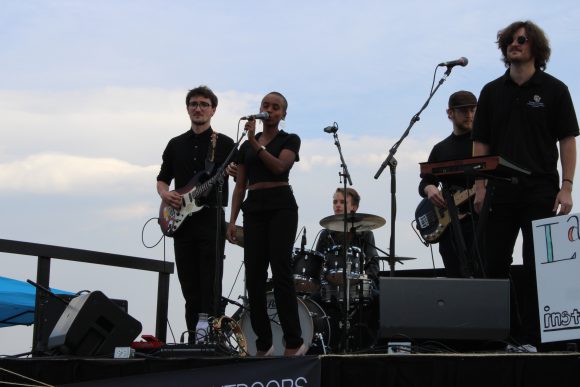 Since their EP was released three weeks ago, Lady Romeo has received over 500 streams on Spotify, thanks to support from their fans, family and friends. They were also invited to perform twice for Boulder Arts Outdoors, a socially distanced drive-in performance, which featured 24 bands in two concert series, held over six nights in August and September.

“Boulder Arts Outdoors has really helped us because that goes to such a bigger audience,” Robinson said. “That’s something we haven’t really been able to do on our own. It’s hard to reach out to people when you are quarantining in your house.”

Inspired by the success of “So It Goes,” Lady Romeo is already working on their next project, an album with eight new tracks. By the time they record, they hope the pandemic will be over, so they don’t have squeeze into the shed. But, they will keep the spirit of Shed Studios and the DIY approach in their hearts.

“We have a very DIY setup,” Robinson said. “We like keeping things that way. We can do this all ourselves, and that was a really good thing to learn.”

Listen to “So It Goes” here.

“Pieces of the Road,” a nostalgic tribute to the...