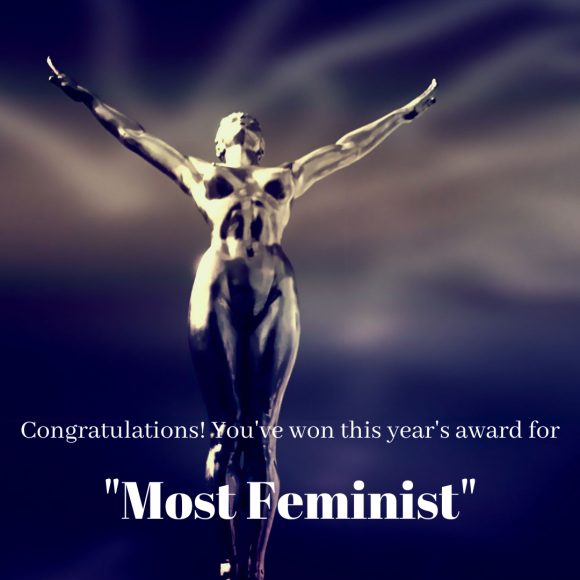 For some, tears streamed over foundation-caked cheekbones into face masks. These rivulets of shame congealed with week-old mascara into something you may never want to think about again. By the time their mother was on the line, their iPhone XIV was smeared with mascara manure. And at that point, there was only one thing left to do: report a soul-dismantling rejection from Alpha Alpha Alpha. Put yourself in that woman’s high heels and you should probably drop out of college.

However, if you received the golden ticket into Alpha Alpha Alpha, count yourself pointless (I mean lucky). Alpha Alpha Alpha came in on top, yet again, in the annual Sorority Award Competition. Coming in first for “Most Makeup,” “Most Blondes,” “Highest Rejection Rate,” and, for the first time ever, “Most Feminist.” Turns out, this alpha dog churns out feminists like it does positive COVID-19 cases.

From prejudiced recruitment rituals to worship of the hyper-feminine, some say sororities like Alpha Alpha Alpha have stoked the fires of misogyny and hazardous gender norms for far too long. But with slogans like “the best girls wear pearls” and “we inspire the highest ‘type’ of womanhood,” Alpha Alpha Alpha takes the feminist cake.

Founded by a group of feminist, female scholars, they pride themselves on excluding women who don’t “fit the feminist mold.” When asked what their secret for female liberation and gender equality was, President Mary Mee said, “We give the patriarchy the silent treatment. If you look right over it, it ain’t there. That simple.”

Alpha Alpha Alpha’s commitment to service is tear-rendering. They raise thousands of dollars every year for multiple non-profits. Although, they struggle with keeping girls from partying during the pandemic despite living in a particularly vulnerable community. But they ask us to remember: developing socially conscious young women only goes so far. Mating rituals and keggers with Omicron Upsilon Upsilon must go on.

Despite being one of the highest contributors to COVID-19 cases in Boulder, Alpha Alpha Alpha reports that “cases should go down soon,” adding that they’ve “sent everyone on a relaxing sojourn in Florida.” Upon return, all members are predicted to be “corona free.”

Fees to join are quite reasonable as well. As Alpha Alpha Alpha will tell you, the first year only costs upwards of $1300. They work to ensure that everyone of a certain socio-economic background has the opportunity to join. Clearly, this sorority has a handle (or two) on equality.

Everyone is expecting Alpha Alpha Alpha to win awards across the board at the next semi-annual Sorority Award Competition. As for the “Most Feminist” trophy, its a tough one to call with so many patriarchy-bypassing competitors. The young women of Alpha Alpha Alpha dedicate themselves to their communities (most of the time), roll out of the same socio-economic background with ease, and make time for ceremonies that extol the hyper-feminine heterosexual. With feminists like these in the race, I cannot see any other outcome than victory.