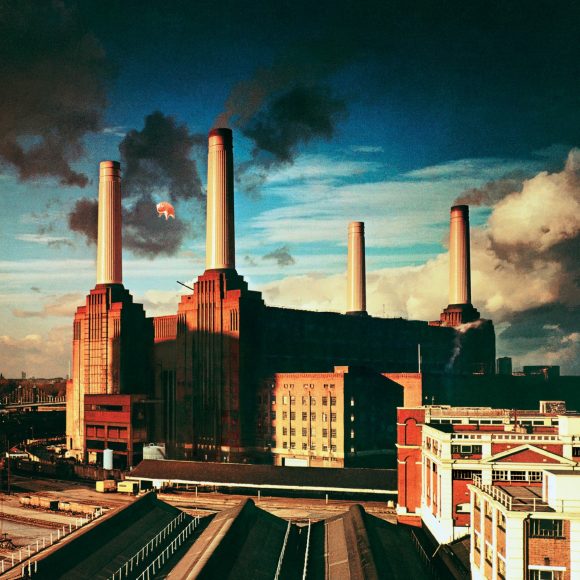 Pink Floyd’s “Animals” is a brilliantly timeless record. With its scathing economic and political criticisms, the album fits seamlessly into the sociopolitical climate of 2020.

Pink Floyd is one of the most popular bands of all time. Their discography boasts hit singles like “Another Brick In The Wall pt. 2” and albums like “Dark Side of the Moon” (1973), which sold 45 million copies worldwide, and “The Wall” (1979).

Following the commercial success of “Dark Side of the Moon” and its follow up album “Wish You Were Here,” Pink Floyd shifted gears to record “Animals.” The band converted a three-story block at London’s 35 Britannia Row into Britannia Row Studios and got to work writing and composing their next concept album.

Roger Waters, Pink Floyd’s bassist and primary creative force, took inspiration from George Orwell’s satirical novel “Animal Farm.” However, rather than take aim at the Soviet Union and communism, Waters felt compelled to fire shots at the Cold War-era capitalist society that had taken hold of the UK. The album was released in January of 1977 and has since sold an estimated 12 million copies worldwide.

With energetic and fast-paced sections mixed in with slower, emotion-filled pieces, the record is instantly memorable and fun to listen to with “Pigs on the Wing 1” and “Pigs on the Wing 2.” However, the true magic of “Animals” is the timelessness of its message. Many (if not all) of the sentiments put forth by Roger Waters in his writing will resonate with Americans in 2020, especially during the increased political and social unrest many of us are experiencing ahead of the 2020 election.

“Animals” is made up of three emotionally and politically charged tracks: “Dogs,” “Pigs (Three Different Ones)” and “Sheep.” The lyrics show Waters’ anger with the financial and political inequality plaguing the British people.

“Dogs” takes the perspective of a businessman who experiences overwhelming guilt from his actions, despite the early excitement and thrill of his job. In the buildup to the main character’s realization, the vocalist bellows, “So have a good drown, as you go down / all alone / Dragged down by the stone.” In the background, a somewhat somber and unsettling arrangement of acoustic guitars, synthesizers and distorted vocal samples locks in the critical mood.

“Pigs (Three Different Ones)” continues with scathing criticisms of corporate greed from the point of view of an average citizen. The song’s main character rips into the “big man, pig man,” calling out his lies and selfishness. Waters sings, “And when your hand is on your heart / You’re nearly a good laugh, almost a joker” to describe a corporate mogul’s dishonesty and insincerity when promising to share their wealth. In reality, the businessman will always get back to telling others to do the work for him with his “head down in the pig bin / saying ‘Keep on diggin’.” The track’s instrumentals carry an intense and driving tone, conveying a feeling of power and impending conflict as if the common people are preparing to finally fight back against their corporate oppressors.

The criticisms present in “Dogs” and “Pigs (Three Different Ones)” fit easily into the current social climate in the United States. Billionaire Jeff Bezos, the CEO of Amazon, is a perfect substitute for the “big man, pig man.” Despite marketing Amazon as eco-friendly and beneficial to society, Bezos continues to reap the benefits of an underpaid workforce, much to the outrage of the public. This anti-corporate sentiment has only grown since the start of the COVID-19 pandemic. While more than 40 million Americans filed for unemployment benefits, billionaires got $637 billion richer, with Bezos earning an estimated $48 billion alone according to Business Insider.

“Sheep,” the album’s third and final extended track, takes the point of view of the general public. The track differs from the others on the album as a warning rather than a criticism. He warns listeners to be conscious of the effects of groupthink and how identifying with an ideology or brand without knowing what it truly stands for can be dangerous. In the track, the public, represented by sheep, come to realize that they are in danger, eventually rising up to kill their oppressor, represented by a dog. “Bleating and babbling we fell on his neck with a scream…/ Have you heard the news? / The dogs are dead!”

The depiction of the public found on “Sheep” is a relevant representation of 2020’s Democratic party. While many voters have perceived the party to be economically and socially progressive, some have become displeased with the lack of progressive policy and rhetoric, especially after the election of Donald Trump. This has led to a high number of young voters beginning to disassociate themselves from the Democrats. Once they learned that the party’s progressive reputation was rarely followed with policy, they began to rise up, threatening to “kill” the party.

Many of the opinions and criticisms on “Sheep” can also be attributed to 2020’s Republican party. Waters’ warnings against groupthink and unrestricted support of a certain ideology are reflected by the refusal to wear masks among many conservatives. Despite a general consensus in the medical world about the reduced transmission of COVID-19 while wearing a mask, many Republican voters refuse to follow public health recommendations due to an obsession with freedom of speech and freedom of expression. This dangerous groupthink can lead to self-endangerment, something that Waters is quick to warn against.

The timelessness of “Animals” is its greatest achievement. By taking a deeper look into the world they lived in, Pink Floyd was able to create an album that held relevance not only in 1977 but for many years to come. “Animals” challenges the listener to question the legitimacy of sociopolitical norms and if you feel unsure about the people in charge of the US government, the album is an empowering listen.