Opinion: Why an oversight board is the future of policing 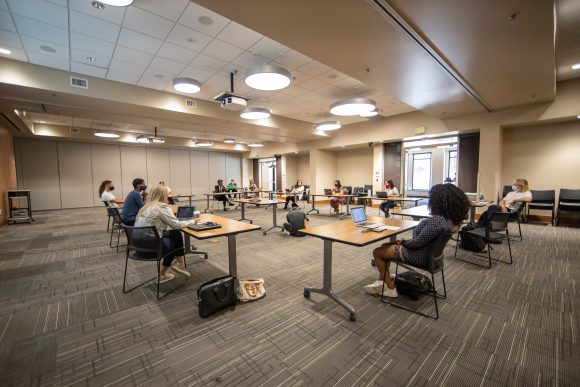 Wednesday, July 29 marked the second meeting in a series of conversations between the University of Colorado Boulder Chief of Police Doreen Jokerst and student leaders to discuss the future of policing on campus. Students involved in these meetings included members of the Black Student Alliance, the three branches of CU Student Government (CUSG), the Cultural Events Board and a member of the Boulder Police Oversight Task Force.

Before this meeting, student leaders were provided with a list of action items proposed by Chief Jokerst that sought to increase transparency within the CU Boulder Police Department and the student body. These action items were to be discussed and approved by the student leaders at the meeting with the Chief present. At the meeting, the student leaders agreed upon action items calling for consistent meetings between CU Boulder law enforcement and BIPOC students as well as centering CUSG as the intermediary between CUPD and the broader CU community. However, Appellate Court Justices Kavya Kannan and Alessandra Wilson said that “though these action items are necessary, given the state of policing today, a mechanism for more accountability is needed.”

The Chief also proposed an “advisory board” that would allow students to give input regarding the current state of policing on campus. However, students denied this and instead advocated for an “oversight board” that would be centered around deep analysis of police policies aimed at fostering reform.

“We continue to talk, but we need actionable items that restructure what safety and wellness looks like for Black and Brown people on this campus — not in 2022 but within this academic year,” President of CU’s Black Student Alliance Ruth Woldemichael said. An oversight board would accomplish just this. CU Boulder needs to prioritize an oversight commission, otherwise the needs of BIPOC students will continue being ignored.

Staffed by students and faculty, the board would review completed internal investigations and conduct thorough reviews of police practices. The board would also empower BIPOC students who have been burdened by racial profiling in policing and systemic inequities by promoting anti-racist policies. By involving the community in ensuring justice within police practices, the oversight board creates an external accountability mechanism.

Tri-Executive Isaiah Chavous said that an oversight commission would be “a small step in the right direction.” He added, “The support for the commission is strong and fairly proposed in a manner that benefits all stakeholders involved.”

When this idea was collectively introduced to Chief Jokerst at the meeting on Wednesday, the Chief said she would do more to inform herself on what this structure would look like by meeting with Todd Conklin Jr. of the Boulder Police Oversight Task Force, which is currently in the process of implementing a community oversight board.

Given the recent events in the news regarding police brutality, it is evident that policing in modern times is in desperate need of change. An oversight board provides this necessary yet achievable solution that ensures accountability and transparency within police practices and builds a layer of trust within the community. The overall CU polity requires a voice in policing. An oversight board gives us this.

Alessandra Wilson and Kavya Kannan of CU Students for Police Reform are University of Colorado Boulder students. You can reach them at alessandra.wilson@colorado.edu and kavya.kannan@colorado.edu. The CUI accepts guest content from CU students currently enrolled at the university.