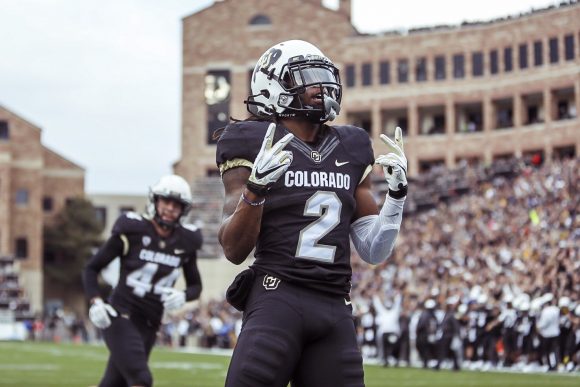 Shenault Jr. was drafted in the second round, 42nd overall, by the Jacksonville Jaguars and linebacker Davion Taylor was taken in the third round, 103rd overall, by the Philadelphia Eagles. The Jaguars bolster their offensive attack with the addition of Shenault Jr., while the Eagles will hope to add defensive versatility with the selection of Taylor.

Shenault Jr. had high expectations coming into the 2019-20 college football season and was projected as a first-round pick early in the year, drawing comparisons to first-round selections Jerry Jeudy, Henry Ruggs III and CeeDee Lamb, in addition to Atlanta Falcons’ wideout Julio Jones. Inconsistent quarterback play and injuries contributed to an above-average season for the talented receiver.

Shenault Jr. said while he hoped to be selected on day one, at the end of the day it didn’t matter when he was drafted.

“(I) definitely had first-round hopes, but, I mean, at the end of the day it is what it is,” he said. “I understand everything happens for a reason, but I’m just ready to work, to be honest. That’s really all there is to that.”

The DeSoto High School alum dealt with a shoulder and core muscle injury this past season, which likely had something to do with his drop in productivity from sophomore to junior season. Furthermore, offseason surgery on the core injury may have contributed to Shenault Jr.’s slide outside of the first round. A history of nagging injuries at Colorado led to some scouts questioning the wide receiver’s durability.

Jacksonville’s Director of College Scouting Mark Ellenz said Shenault Jr. may have been selected early in the first round if he had he declared for the draft a year ago. Despite his injury history, the 6-foot-1 227-pound wideout presents a tremendous upside with his versatility. 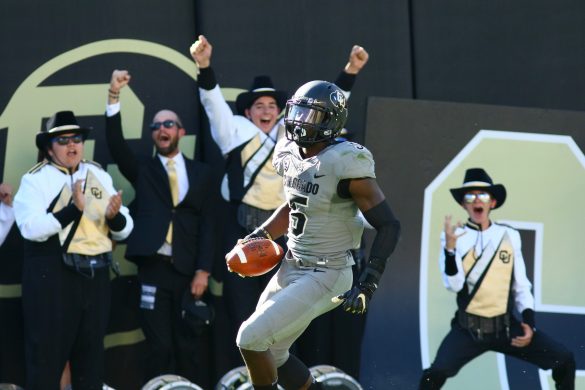 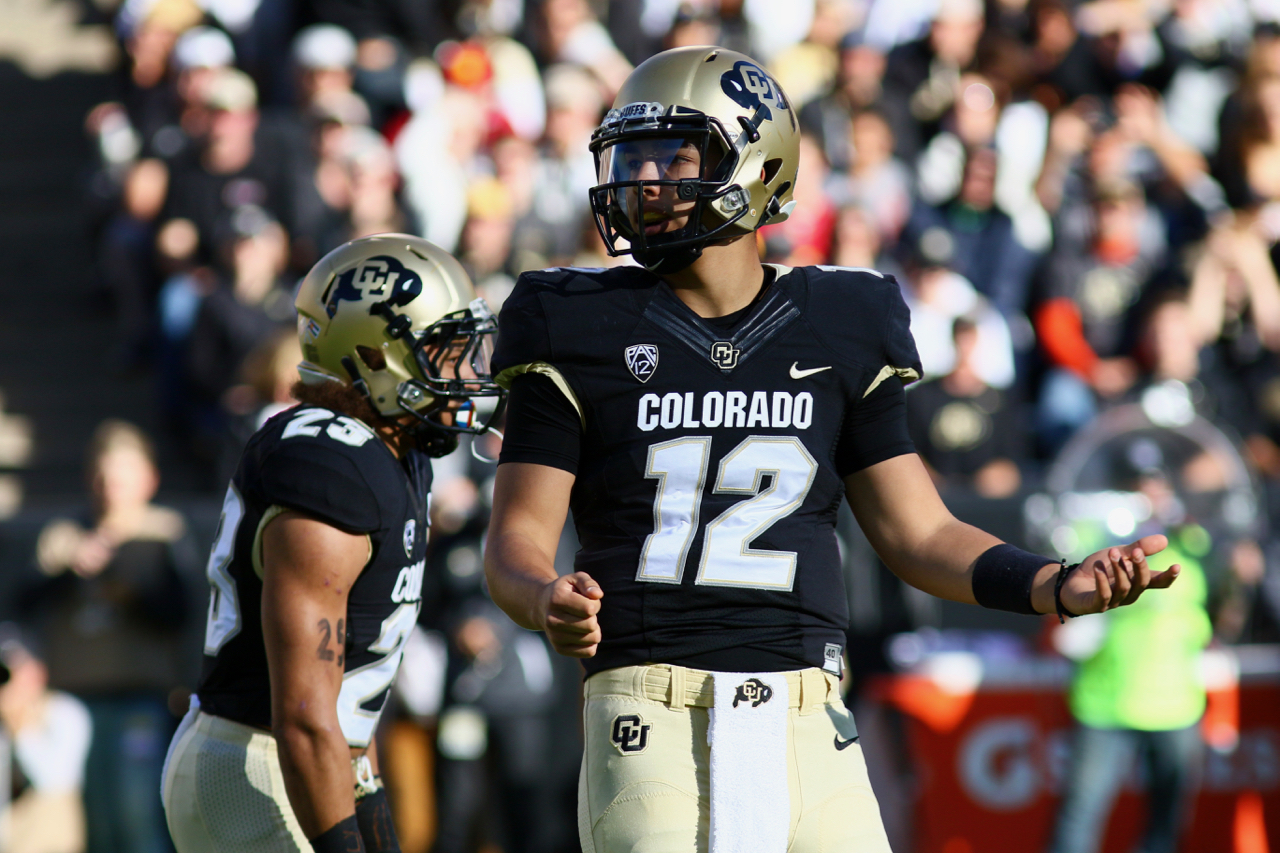 “Well I think we did basically two years’ work on him and like I mentioned earlier he had some statistics that weren’t as high this year, but really if this kid would have been draft-eligible last year and come out he probably would have been a top 10, top 15 pick,” Ellenz said. “We had a lot of high grades on him from what would have been his sophomore year and we still had high grades on him on this year. Taking in the consideration of injuries, I think that’s why he was here in the second round. But he’s big, he’s athletic, he’s fast, he’s a very physical player and he did a lot of different things in the Colorado offensive lineup.”

Former linebacker Taylor’s path to the NFL has been anything but ordinary. Taylor, the speedy linebacker, had a breakout second-half to his last year at Colorado. His tackling ability in space makes him a dangerous player on defense. Taylor’s journey was one of struggle and perseverance. His mother is a member of the Seventh-Day Adventist Church that is distinguished by its observance of Saturday as the Sabbath. Due to the church’s beliefs, Taylor did not participate in sporting activities in high school from Friday night until Sunday morning. Taylor would practice throughout the week with his high school team and was unable to play in the games because of the religious beliefs.

Nevertheless, Taylor impressed at the combine and at the Colorado pro day, which significantly improved his draft stock, eventually earning a third-round selection. Look for him to be an explosive defensive playmaker for the Eagles and surprise the league with his talent. 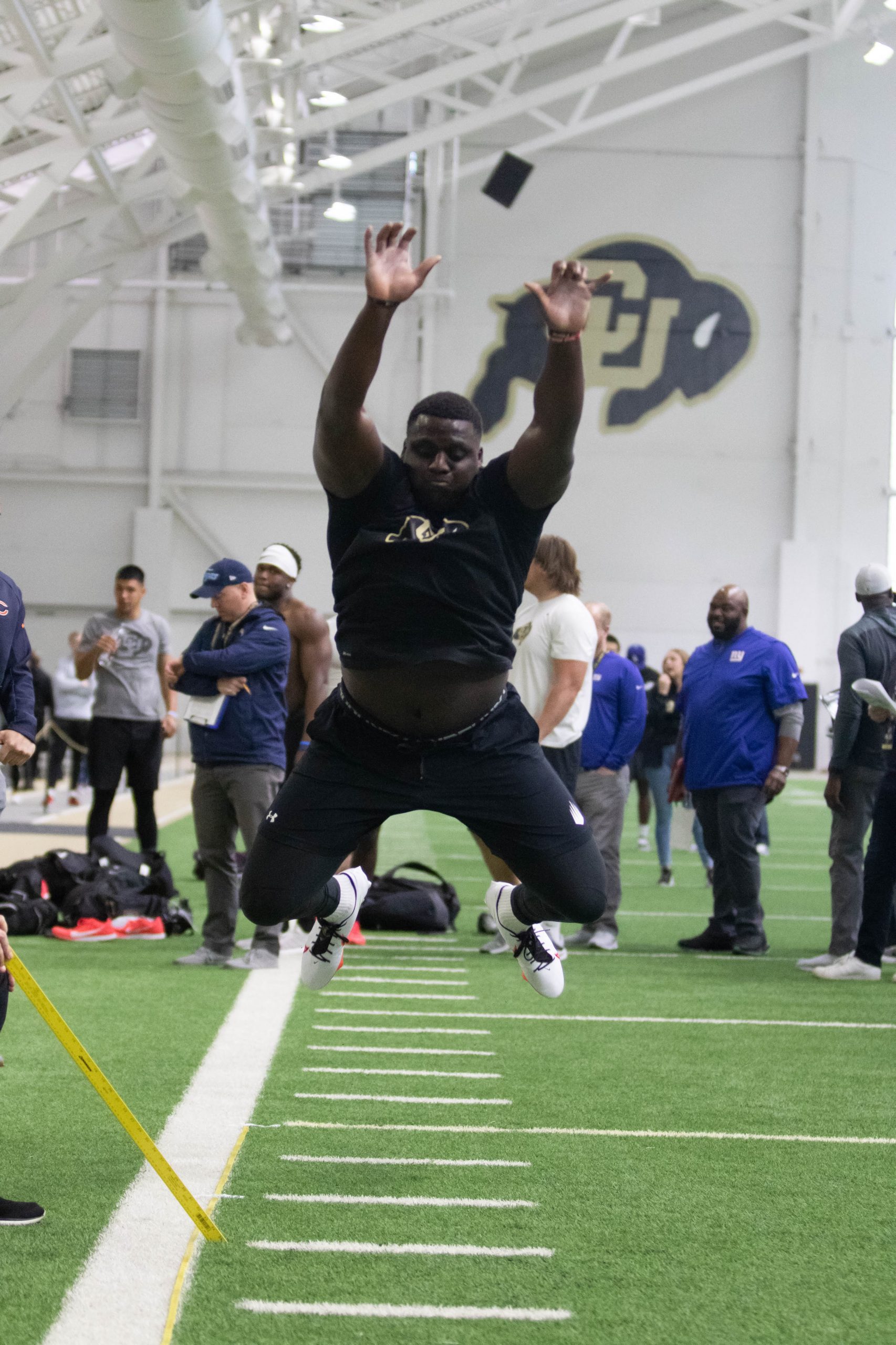 Former lineman Hambright, who played his final year at Colorado as a graduate transfer, is the newest member of the Bears. Chicago selected Hambright with its seventh-round draft pick. The Bears selected back-to-back offensive guards in the final round, Hambright and Tennessee State’s Lachavious Simmons.

Hambright recorded 68 knockdown blocks last season with the Buffs. Before coming to Boulder, the 6-foot-5 300-pound offensive tackle played in junior college and more recently in Stillwater with the Oklahoma State Cowboys.

“I just want to prove to the Chicago Bears that they got the right guy,” Hambright said after being drafted. “It’s just been a blessing, this whole journey.”

Hambright, a native of Ypsilanti, Michigan, said Chicago will be a great fit for him given his familiarity with that part of the country.

“I’m a midwest guy myself,” Hambright said. “So, I know what type of culture they have there in Chicago. I know they’re very blue-collared and I’m just ready to get down there and get to work.”

Hambright said his versatility and ability to play multiple positions on the offensive line is likely why the Bears used a draft pick on him. The former grad-transfer mentioned former Colorado head coach Mel Tucker and former Buffaloes offensive line coach Chris Kapilovic as major influences in his development. Both now hold similar positions with the Michigan State Spartans.

Following the conclusion of the 2020 NFL Draft, it didn’t take long for three more Buffs to find a home at the next level. Former quarterback Montez signed a free agent deal with the Washington Redskins. Former wide receiver Brown will join a Cleveland Browns roster that includes Odell Beckham Jr., Jarvis Landry and sixth-round draft pick Donovan Peoples-Jones on the depth chart at wideout. Finally, former cornerback  Abrams Jr. is headed to Atlanta to join the Falcons secondary. 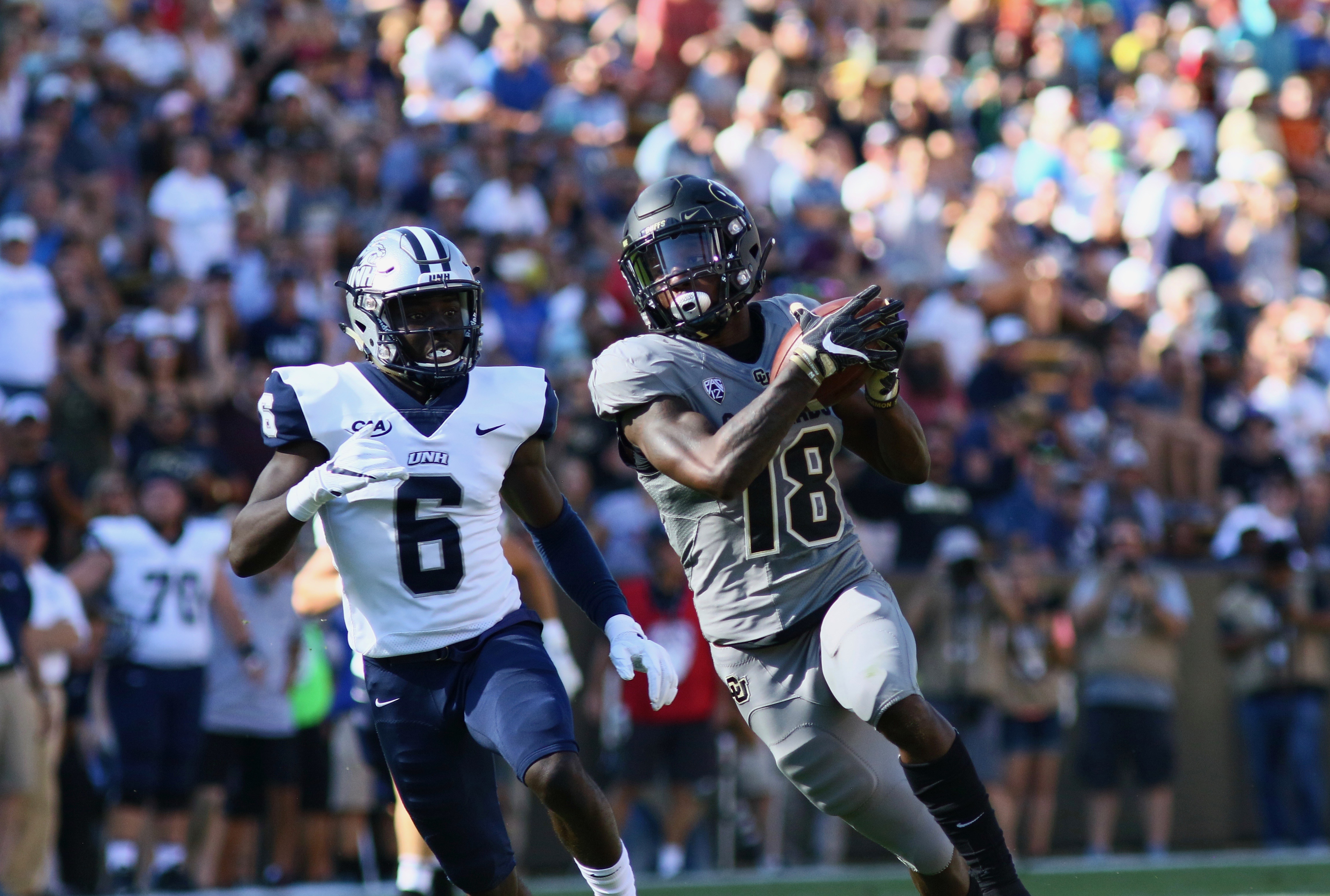 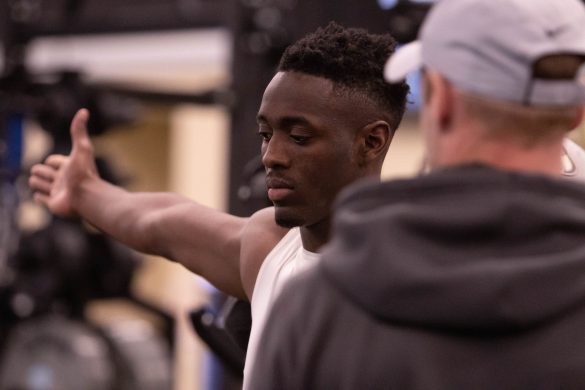