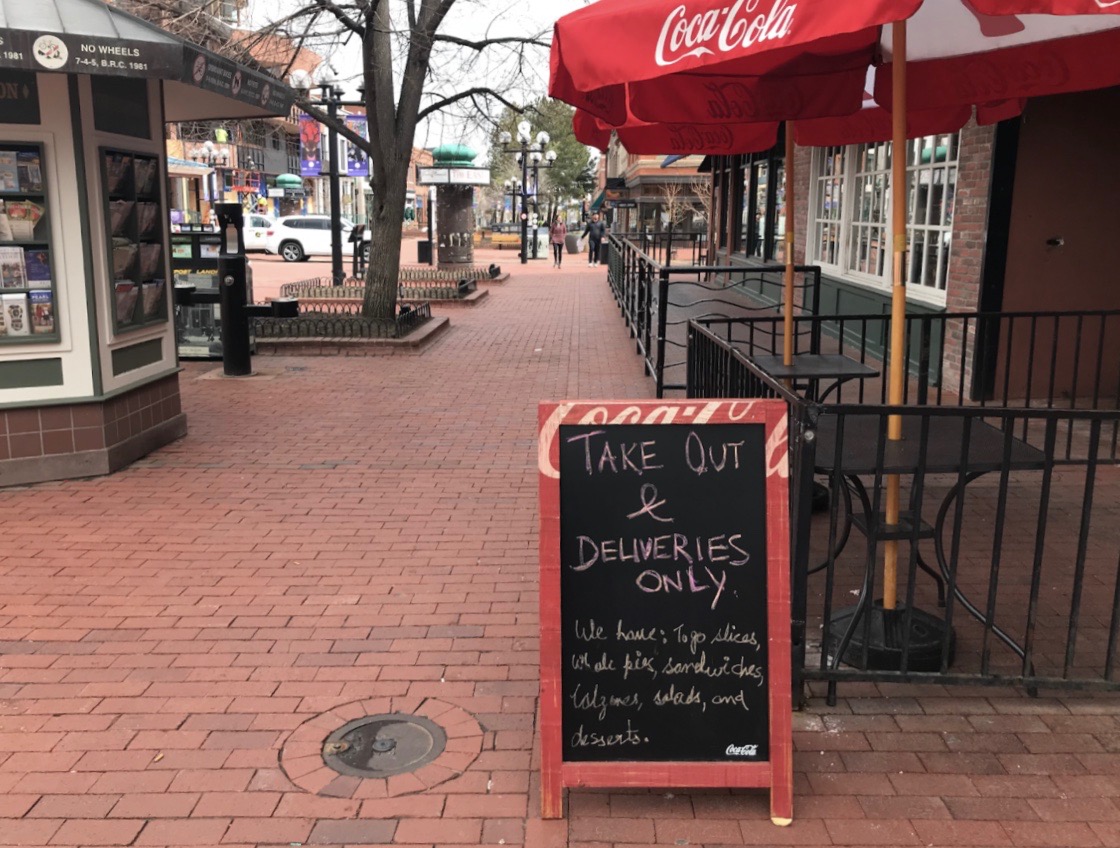 Updated 03/20/2020: This article has been updated to include Gov. Jared Polis’ announcement that all Colorado bars and restaurants must now remain closed to seating until April 30.

“Mornings are dead, afternoons are dead … whole days are looking like slow nights,” said Noëlle Mrugalla, an employee at Trident Booksellers and Café.

As the deadly novel coronavirus, which causes the disease known as COVID-19, spreads across Colorado and forces the city and county of Boulder to take drastic measures, small business employees have been some of the people hit the hardest. On Monday, Colorado Gov. Jared Polis ordered statewide closures of seating inside all bars and restaurants until April 30, forcing businesses to move to delivery and takeout in order to survive.

“Hopefully, Trident will be able to stay alive because … rent is not cheap on Pearl.  We don’t know what’s happening with that,” said Trident employee Crystal Garcia. “We’re not like a big business, there’s no fall-back.”

The governor’s decision comes as states across the country look to increase social distancing, with the Trump administration on Monday advising people to limit gatherings to no more than 10 people in a bid to reduce the number of people coming in contact with the virus.

“I think it’s pretty scary … we’re all low-income workers, like part-time for the most part,” said Mrugalla. “I might be filing for unemployment at 23.”

“Most of the staff here depend on tips but now they are going to depend on just hourly time,” said Diane Van Tiggelen of Boulder restaurant Salt. 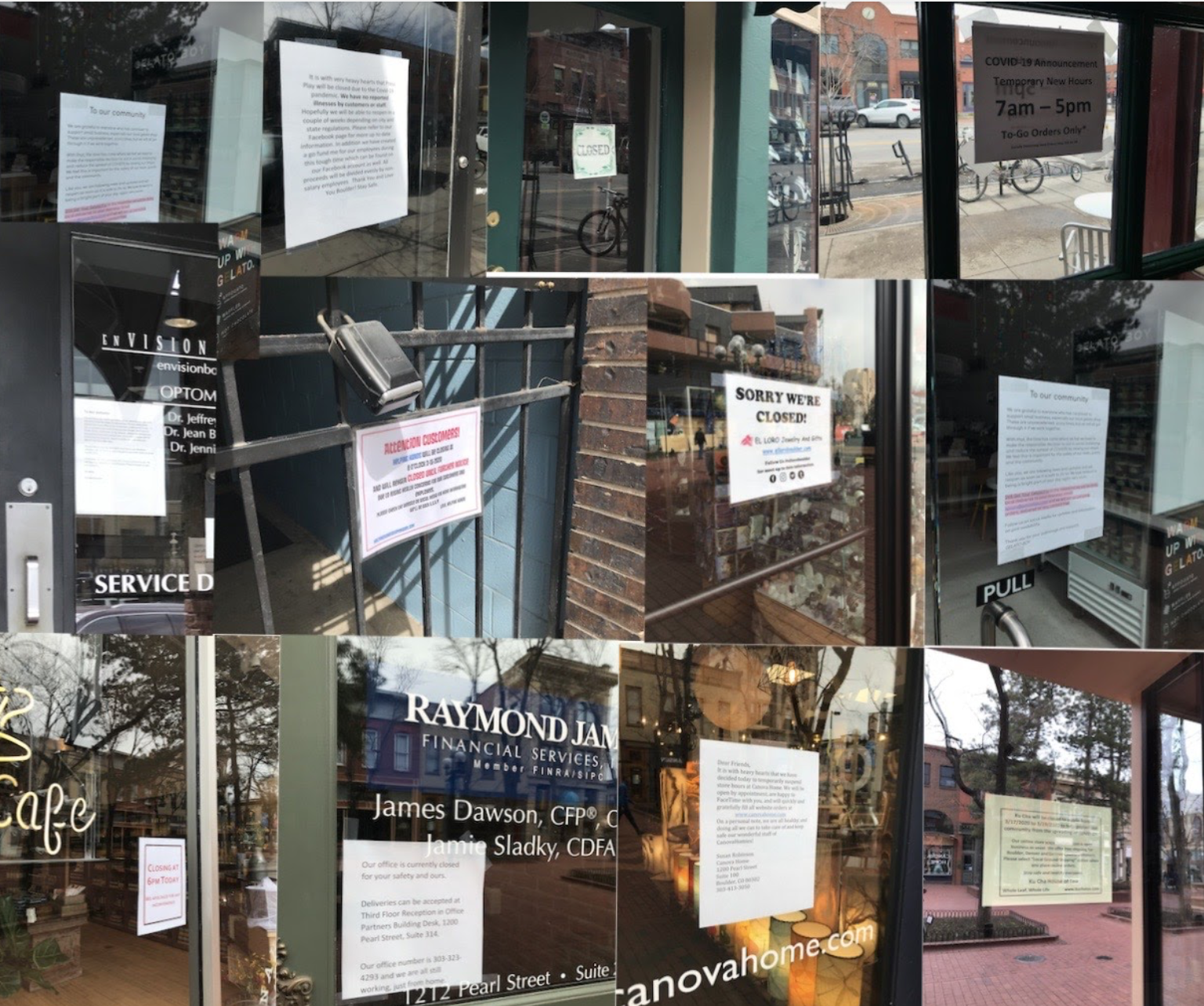 “One of the things I like about Trident … is it’s a sense of community for me, and I come here because I’ve gotten to know a lot of people, who’ve become very good friends, and I’m seeing fewer of them now as a result of the virus,” said Mike Badar, a frequent patron of the café.

While reduced hours and customers are hard for most businesses to weather, for some owners, the wellbeing of their employees comes first.

“The most important thing for me is the safety of my employees and my guests,” said Dan Shaffer, owner of Pizza Colóre, which has served homemade pizza on Pearl Street for over 20 years.

“Of course there’s the financial aspect of it where it’s gonna cost thousands to close the doors, but at the same time, is it still feasible to try and stay open and make it work for just a couple hundred dollars in possible sales?” Shaffer said.  “There’s a certain tipping point where it costs more to be open, especially trying to keep staff employed, than it would be to just close the doors.”

Some local shops have already decided to shutter.

“We’re actually gearing up, we’re making all of our finalizations to close for at least the next two weeks or foreseeable future,” said Nathan Klein, owner of Smithklein gallery. He took over the business from his mother who opened the gallery over 30 years ago.

Other businesses are finding creative ways to reach their customers amid the pandemic.

“We want the community support still so we’re doing the curbside pickup for puzzles especially right now because a bunch of people are in their homes,”  said Art Source International Manager Katie Olsonwe’ll. “(We might) eventually do custom framing … maybe by facetime, but we just need to kind of change the way we’re reaching people.”

PosterSource manager George Baillie is optimistic that despite the coronavirus’ spread, shoppers will return to the mall once the warmer weather returns.

“It’s tough to say right now, so far, like yesterday was busy, a lot of tourists out … today is slow, but it could be the weather,” Baillie said.

Still, some worry about what comes next.

“Everybody’s very uncertain about the future … their financial stability and whether or not they could even work in service like immediately after,” said Mrugalla. “I think it’s gonna also push people who might be in the service industry to look towards different career paths.”