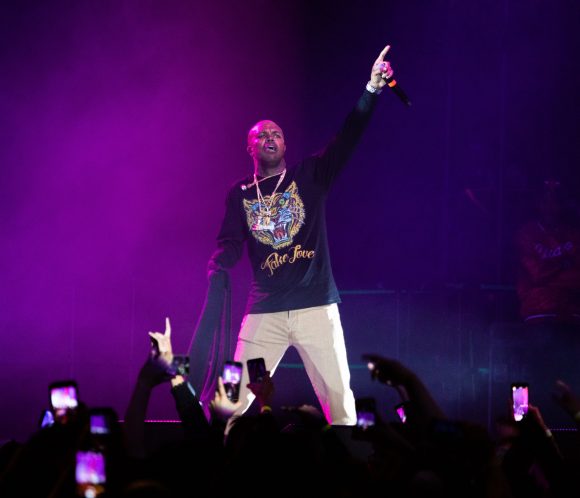 Though some members of the band are gone, the iconic band Three 6 Mafia reunited at the Fillmore Auditorium. March 6, 2020 (Hunter Allen/CU Independent)

Following an eight-year hiatus, Three 6 Mafia started their reunion tour in Denver with a sold-out show on Friday. The legendary hip-hop collective was welcomed at the Fillmore Auditorium with high-energy performances from opening support acts, calling testament to the caliber of Three 6 Mafia.

The unique, dark and innovative sound of Three 6 Mafia was crafted in the mid-90s to early 2000s and pushed the envelope for southern hip-hop. The group paved the way via noisy-lyrical experimentation. In addition to the collective’s iconic flow and production, their left-field artistic vision inspired future generations to incorporate elements from other genres in rap music. Without the influence of Three 6 Mafia, movements like SoundCloud rap and modern trap would sound very different today.

The night kicked off with an opening set from DJ Top Shelf and straightforward hip-hop sets from support acts HunidRack6 and Lil Wyte. Unlike the majority of contemporary hip-hop shows, the crowd was comprised of diverse age ranges with a larger showing from older fans. Throughout his set, DJ Top Shelf dissed the coronavirus multiple times, much to the liking of the crowd, and said it would not be able to stop the tour. While the validity of his claim remains to be seen, the light-hearted jokes gave the audience comfort and ease moving into the evening. 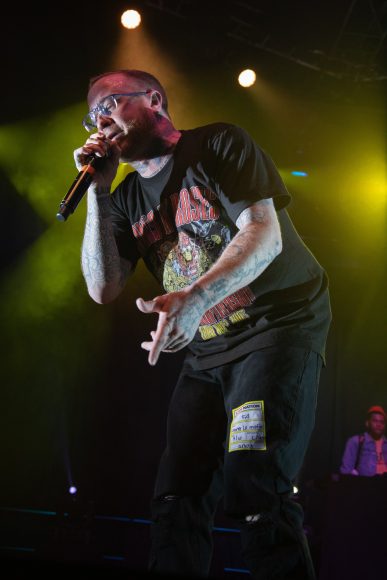 The beauty of this hip-hop gathering stemmed from the diversity of the support acts. HunidRack6’s songs followed the trending new-school pop-trap sound closely; his delivery and stage presence gave his set energy in his hometown. The follow-up, Hypnotize Mind’s rapper Lil Wyte, took a more melodic approach via rock-inspired style. He represented the Memphis hip-hop scene with strong influence and served as the perfect act to open up for the legends that put Memphis hip-hop on the map.

Three 6 Mafia’s Juicy J and DJ Paul kicked off the setlist with some of their biggest hits like “Slob On My Knob,” “Poppin’ My Collar” and “Sippin’ On Some Syrup.”

Due to the passing of two core members and another two pursuing different endeavors, the reunited Three 6 Mafia line-up consists only of the two founding members.

The duo was able to carry the weight and satisfy the fans as if the whole group were performing together. Juicy J and DJ Paul captured the essence of the Three 6 Mafia classics with their iconic delivery, brushing over the verses of the departed members. The renditions of the hit songs still carried the Three 6 Mafia energy and reminded the fans once again what timeless classics they are. 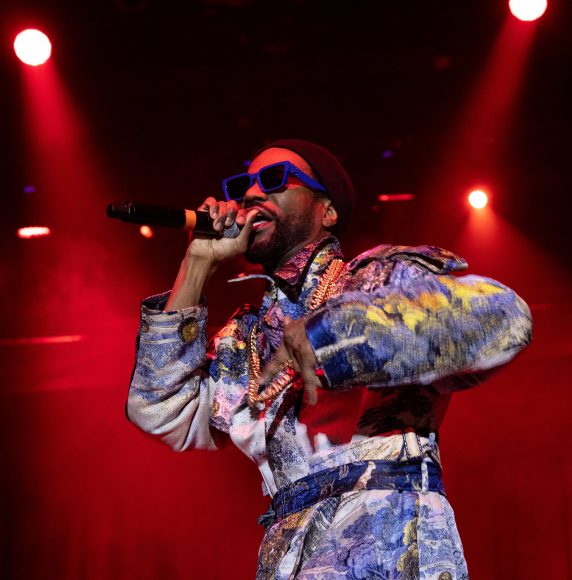 The fact that the duo was able to drive out such a crowd and sell out the Fillmore after their long break is a true testament to the deep connection that Three 6 Mafia has made with their fans. The crowd picked up where Three 6 Mafia had left off eight years prior, singing most of the tracks louder than the duo on stage. DJ Paul and Juicy J were in sync from the first track to the last.

Three 6 Mafia’s reunion tour has four more shows coming up. Information about the tour can be found here.