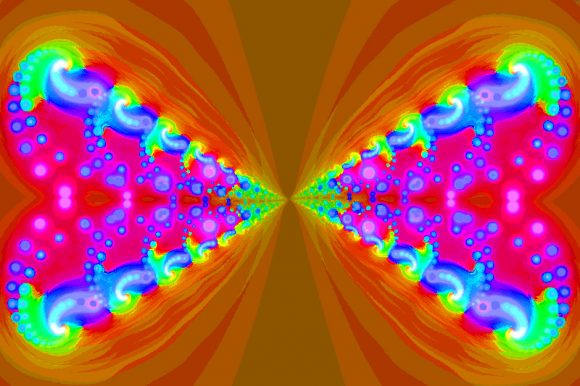 Ah, psychedelics. Wonderful, wonky, sometimes terrifying psychedelics. Many of us know them, and some of us know them. But what many people aren’t aware of is that psychedelics are more than just an all-nighter at a festival. Psychedelics may be the key to healing society’s most crippling mental ailments. We must drop the stigma around these substances and instead urge our government to allow these breakthrough treatments to be more widely researched, implemented and accessible.

Students of the University of Colorado Boulder’s Psychedelic Club are already doing this by changing the conversation around psychedelics from one about “drugs” to one about medicine.

This is nothing new to many indigenous societies.

From the drinking of ayahuasca in the Amazon jungle for thousands of years to the taking of ibogaine in West Africa as part of initiation ceremonies to communing with Gods through eating peyote in North America, the psychedelic experience is an age-old journey taken across cultures throughout history. These psychedelics are often deeply embedded within religious and spiritual ceremonies.

Modern psychedelics can be traced back to the synthesis of LSD by Albert Hoffmann in the 1930s. From that time to when the U.S. government banned LSD in 1968, researchers conducted a plethora of studies on the therapeutic effects of LSD. Since then, the media’s misrepresentation of psychedelics spawned paranoia, preventing their legal study.

Recently, times have changed and John Hopkins was approved by the FDA to study the effects of psilocybin mushrooms in 2000. In 2006, Hopkins published a study on the long-lasting positive effects just one dose of psilocybin can have. Since that time, Hopkins and other leading medical universities such as UCLA, New York University and the University of New Mexico opened their doors to the extensive healing potency of psilocybin and other related substances such as MDMA, ketamine and DMT.

So, how does it work? Patients aren’t just given a handful of mushrooms and sent for a walk in the park. Patients sit through a Psychedelic Assisted Psychotherapy session. According to CU Psychedelic Club Co-President Jacob Roberts, in these sessions patients are administered psilocybin or MDMA in a controlled therapeutic setting. The therapist or other trained specialists will then talk them through the emotions, experiences and traumas that come up during the trip.

“People can talk about their experiences in an entirely new mindset and often without the same emotional attachment,” Roberts said.

Roberts was first drawn to psychedelics because of their healing potential. He has suffered from PTSD and major depressive disorder. “Psychedelics have been an incredibly powerful tool for me in healing and seeing where I can learn through the experiences,” Roberts said.

Lizzy Sommer, CU student and fellow Co-President of the Psychedelic Club, believes that psychedelics are changing the paradigm around mental health.

“I think psychedelics have the power to open you up in a way you have never been opened before,” Sommer said. “(They) make you realize the things you’ve been hiding from yourself to create a better you.”

Roberts said the movement goes beyond just psychedelic psychotherapy. He said there is also great potential in micro-dosing, which is taking a dose of a psychedelic at a sub-hallucinogenic level to increase creativity, focus, open-mindedness and to reduce anxiety and depression, amongst other things.

Students and professors in the mental health and medical realms must create open dialogues about these substances. Ending the stigma begins with educating ourselves and others. We must drop the paranoia around psychedelics and begin preparing for a new era of mental health work.

Join CU’s Psychedelic Club Tuesday nights in Hellems 211 at 6:30 p.m. to learn more and get involved in the movement.