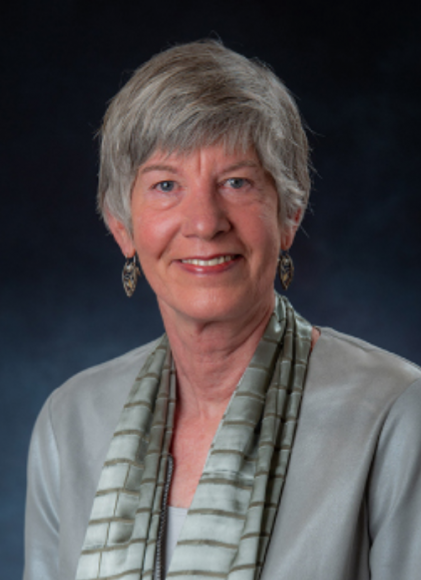 University of Colorado Boulder Regent At-Lesley Smith spoke Monday on the CU Boulder campus about her role as a regent and her aims for increased sustainability across the CU system. Smith spoke alongside members of the School of Education Development Advisory Board.

Elected in 2018, Smith began her term in 2019 and will serve until 2025. She ran with a focus on sustainability initiatives for the entire university system. Part of her agenda Monday was informing students, other community attendees and the School of Education Development Advisory Board about the role of the Board of Regents which she said has the sole duty of hiring, firing and overseeing the system president, which is currently Mark Kennedy. In addition, regents oversee the system budget, which is around $4.5 billion, as well as the policies and laws that govern the system.

“The public is just not educated very well about regents,” Smith said.

She went on to update the audience about ongoing discussions on a civics resolution, a motion that has been debated on and tabled during past regent meetings. As it stands now, it would demand comprehensive monitoring of the civic literacy of students and the potential for mandatory freshmen civics testing.  The University Affairs Committee recommends that this action will be resolved at Thursday’s Board of Regents meeting.

University Affairs states, “The goal of these activities is to progressively increase the percentage of students graduating from CU who have attained or participated in at least one these measures” in the resolution.

In addition to explaining her role as a regent, Smith made clear her focus on system-wide sustainability, a key focus of her campaign for regent.

She first came to CU Boulder on a visiting scientist fellowship, researching natural and anthropocentric sources of greenhouse emissions at CU’s Cooperative Institute for Research in Environmental Sciences (CIRES). She eventually shifted focus to science outreach through the CIRES education outreach program, where she later became an associate director.

As a regent, Smith described seeing poor attention to sustainability in the system office in Denver, calling out wasteful energy use such as buildings that would have lights on while no one was in the rooms. She noted that a major avenue of sustainability comes in deferred maintenance projects.

In talking to the CU Environmental Center she learned of the star rating system and the gold rankings of the Boulder and Colorado Springs campuses.

Smith expanded on various sustainability projects across the CU campuses such as CU Boulder’s East Campus which has created its own solar garden and the Colorado Springs campus which buys renewable energy offsets.

“If we had a flood, and (East Campus) were an island, it would be self-contained,” Smith explained, adding that other campuses such as Colorado Springs have taken similar measures.

While she said it can still be polarizing to “talk about climate change” in such divisive political times, she believes the term sustainability is a term that can bring everyone together for a common goal.

But talks with Kennedy regarding sustainability have taken a backseat, according to Smith, who said the CU president is currently prioritizing making CU a leader in health and space. When issues of sustainability have come up, Smith said Kennedy’s response has been, “I’m going to put this in my sustainability folder (be)cause I’m focusing on space and health science first but this will be the next thing.”

After the talk, Dr. Elizabeth J. Meyer, associate dean of students, said that “we are blessed to have such a well-equipped regent” and that she “wished more students could hear what (regents) have to say.”