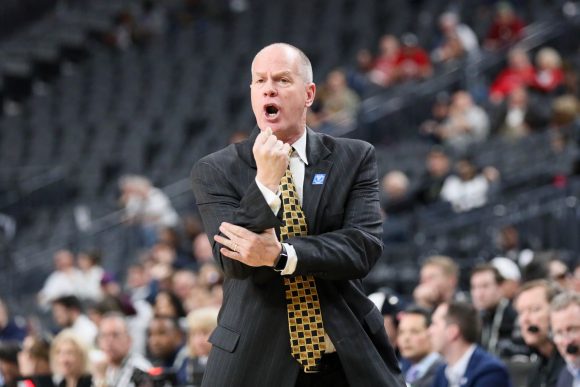 Colorado Head Coach Tad Boyle reacts to a call during the second half of play at T-Mobile Arena. March 13, 2019. (Nigel Amstock/CU Independent)

University of Colorado Boulder men’s basketball head coach Tad Boyle, he knew once he came to the Pac-12 school he had found his dream job. This April will mark Boyle’s 10th year at the university, and with 189 of 312 games won, Boyle’s tenure has seen quite the success.

“I cannot tell you how excited I am to be here,” Boyle said. “This job means everything to me. It’s a destination job for me.”

Looking back at a decade of coaching, Boyle said before the start of the 2019-20 season that his job means just as much as it did when he first started with a completely different team.

“I said I was humbled and honored to be the coach when I got the job 10 years ago,” Boyle said. “I still feel that way today. I’m fortunate to represent this university and this basketball program.”

While CU has enjoyed a streak of glory, the team Boyle inherited in 2010 came with a record of losses. The Buffs finished one game under .500 (15-16) in 2009-10. Boyle helped turn it around though in his debut campaign, winning .632% of their games. Colorado went on to reach the semifinals in the National Invitation Tournament (NIT) eventually falling to Alabama in 2011.

The Buffs found success in the postseason once again in Boyle’s second season in 2011-12. In Colorado’s first season as a member of the Pac-12, the Buffs won the conference championship, defeating Arizona in the finals. Boyle’s Buffs didn’t stop there though, reaching the NCAA tournament for the first time since 2003.

In his third and fourth seasons, 2012-13 and 2013-14 respectively, Colorado was a model of consistency, reaching the NCAA tournament in both years, marking a school-record three consecutive appearances. The accolades didn’t stop there though as CU’s four straight 20-plus win seasons etched another school record, and the Buffs made an appearance in the AP top 25 poll for the first time since the 2005-06 season, reaching as high as No. 15 in Boyle’s fourth year. 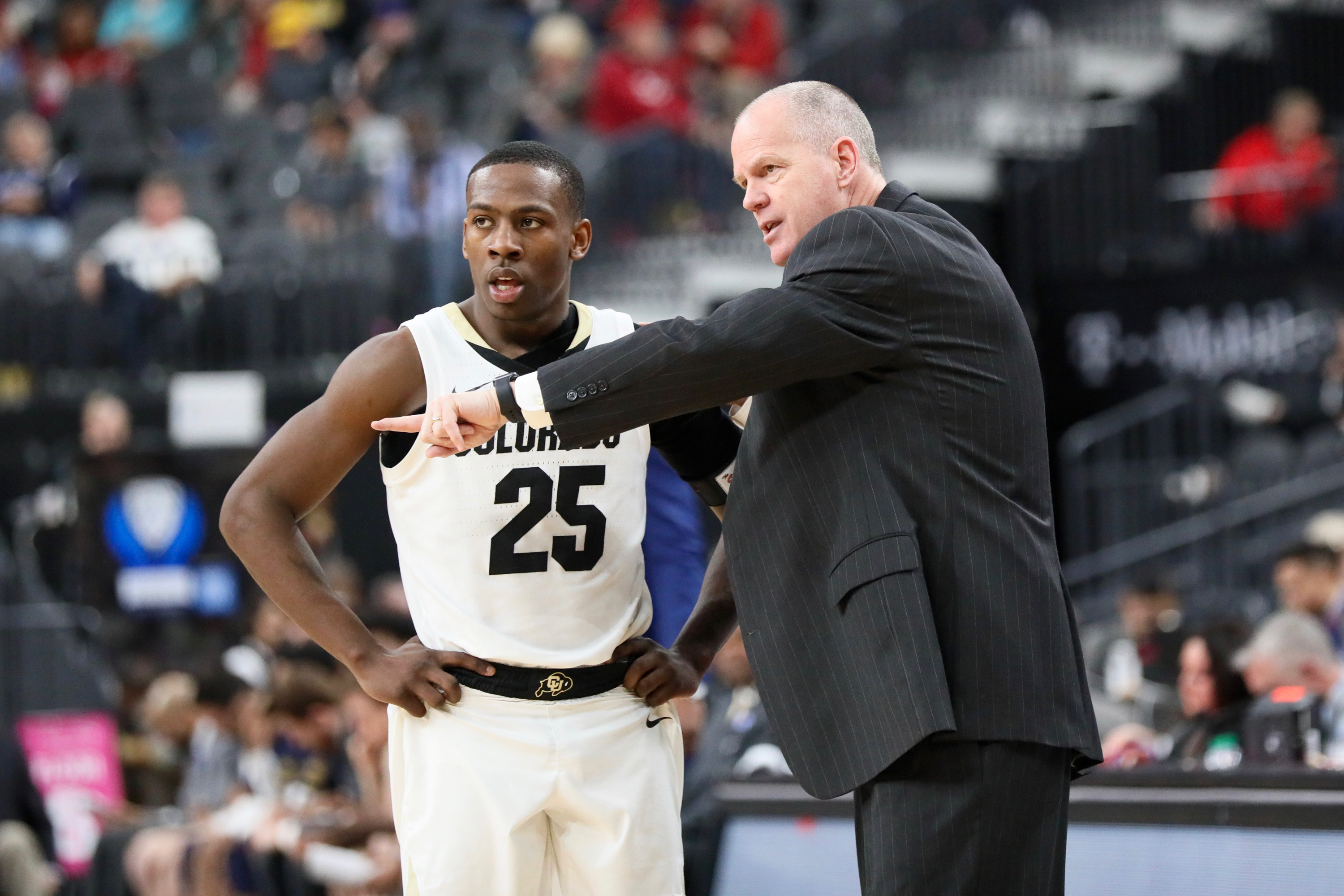 Boyle finally faced a slump in his fifth year, posting a 16-18 record. Colorado did, however, have a few bright spots throughout the season. The Buffaloes took down Stanford, who later won the National Invitational Tournament and UCLA, who reached the Sweet 16 of the NCAA tournament.

Bouncing back buoyantly, Boyle led the Buffs to a 22-12 record in 2015-16. CU reached the NCAA tournament again, the fourth time in six seasons. A year later Colorado finished 19-15, qualifying for an appearance in the NIT, which set a school record with seven consecutive postseason tournament appearances.

The 2017-18 roster was Boyle’s youngest during his tenure, but he met that challenge. Colorado recorded another winning season, finishing 17-15 and defeating two nationally-ranked opponents, including No. 4 Arizona State.

Just last season, Colorado won 23 games, one shy of the school record, under Boyle. The Buffs shocked the country, defying expectations and reaching the quarterfinals of the NIT, eventually falling to Texas.

But Boyle’s impact reaches far beyond the court.

“Before, I just came to the games and watched with my family, but now that I am part of the student population it has made what he does even more special to me,” said Claire Boyle, Boyle’s daughter and current CU Boulder sophomore. “Tad is a special coach and I am so lucky to call him my dad.”

His time at CU Boulder has no shortage of memorable moments either. In 2013, the Buffs beat No. 6 Kansas with a three-point buzzer beater from then junior guard Askia Booker. Just earlier this season, Colorado beat No. 13 Dayton with another buzzer beater, this time coming from junior guard D’Shawn Schwartz.

“One tradition my dad and I have is when he has a big win, he always comes home and we watch the game over again together. It is always my favorite to see him have such a big smile after,” Claire said.

Currently, the Buffaloes are 17-5 on the season so far. Led by junior guard McKinley Wright IV, Colorado broke into the top 25 poll again, reaching as high as No. 20. For Wright IV, Boyle’s leadership has made the team what it is today.

“He means a lot to us man,” he said “We know the ups and downs throughout the teams he’s had here and obviously people talk about us being one of his best teams ever. We just want to add on to his résumé, get him as many wins as possible. He deserves it. We’re happy for him. Not many coaches around the country or in the Pac-12 can say that they’ve been with a program for 10 years.”

It’s leadership that many can argue has garnered Boyle the most successful record of coaching for the Buffs men’s basketball team, with the top four of CU’s highest win seasons all coming under Boyle and his 189 victories being second in the university’s history. As he reaches a decade of commitment to the Buffs, the team’s goals and ambitions seem big as ever.