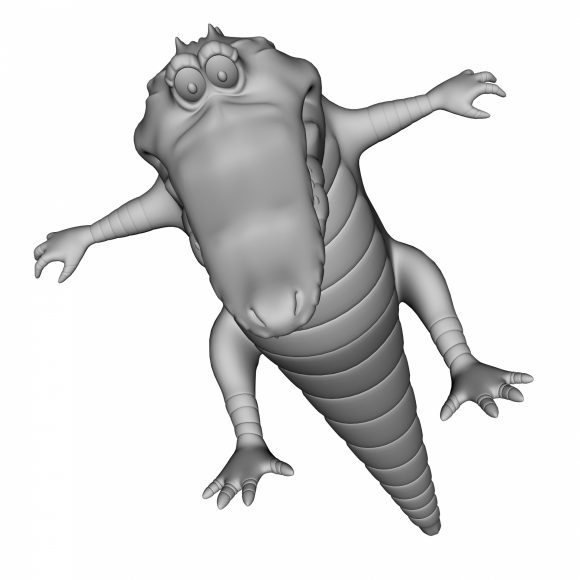 Clyde Lion woke up to the sun beating down on his king-size bed, presumably to the sound of Mozart’s “Concerto No. 5” ringing through the alarm radio. Lion, a graduate of the University of Colorado Boulder, moved to Jacksonville, Florida after failing to get a job that accepts a gender studies degree.

“The place is cheap. The sun always shines. The gators don’t bother,” Lion said, eating his wife’s famous scrambled eggs and toast. “Plus, Florida is always in need of accountants, and the pay isn’t half bad either.”

Lion has lived in Florida for the past five years and, although only making around $50,000 a year, has already paid off the mortgage to a two-story modern that sits right off a lake. After working another 40-hour week in the bathing humidity of Daytona, Lion spent his Saturday in the luxury of gator land.

Three blocks from his house, next to the Guns and Ammo and 7-Eleven, sits a tiny coffee nook with a sign out front that reads “Best Cappuccino in Jacksonville!” There, Lion drank a soy latte with a vanilla blend, listening to the newest Gladwell on Audible with his eyes closed towards the shining window. He left the nook after getting through three chapters and walked four blocks down to the local bowling alley.

His friends from work, fellow accountants, shared lanes three and four. They asked Lion to join. He did.

He bowled a 235 in the first game and a 240 in the second, tying for fourth both times. They knew the owner of the bowling alley and got drinks on the house. They didn’t abuse the gift, but they did oblige. They did not talk about work, though they all loved their jobs. Instead, they talked about their lives. They each shed a tear as they discussed everything going right and everything going wrong. They left the alley not as friends, but as brothers.

Lion went back to his house and got out his new boat from the garage, setting sail on the lake behind the property.

Although he reminisces about fly fishing in the Rocky Mountains, there is something strange yet beautiful about sitting on a pond with a rod in one hand and a beer in the other. Your legs don’t get cold, the jeans don’t need to run through the wash and time seems to fly like salmon down a two-lane river.

Dark clouds hugged the sky. Rain ricocheted on the water for no more than 30 minutes. When the clouds dispersed, Lion found himself staring at one of the most beautiful double rainbows in recent memory. The soft suds against his tongue, he stared at the colors of the sky brought upon by natural light reflection. And all he could think about was where the rainbow ended.

Lion left the lake an hour later, catching four bass, but of course, letting them back into the groggy yet clear water.

He retreated to his house, where his wife, Matilda, second runner up Miss Jacksonville, waited for him at the front door. They spent the night by the fireplace, listening to each other tell stories they’d already heard. Although married for four years, they act as if every night is their first date, full of excitement. A game of chess, two games, then seven. They drank a Chateau Chevel Blanc 1943 like it was a juice box, not as a method for intoxication, but to remember why they belong.

They went to bed when the fire got too hot. The blankets and sheets feel better when they are close. They blinked slowly until their eyes closed. Moments from dreams, Lion thought about how truly lucky a man in Florida can be. The house, the friends, the love, the lake.

Then a gator crawled under the covers and bit his dick off.